Most of these methods change the taste of the food significantly.

A new method for preserving food was invented by a French confectioner named Nicolas Appert at the end of the XVIIIth century in Paris.

At some point during my career in the French Navy, I was living in Brest on a square called "place Nicolas Appert", and that is how I learned of Mr Appert and his invention.

Nicolas Appert was the son of inn keeper from Châlons-sur-Marne. During his youth he learned food preparation and the various methods of food preservation.

He worked as a personal chef to rich people for twelve years. Then, in 1784, at the age of 35, he moved to Paris and opened a confectionery store named "La Renommée" (The Fame).

Taking into account several criteria (modification of taste, high cost and poor nutritional qualities of salted, dried, smoked and sugared products), in 1795, he started to develop the process that made possible the canning of food (originally called "appertisation").

Appertization can be defined as a conservation process consisting in heat sterilizing perishable foodstuffs in hermetic containers. He would fill these bottles with produce of every description, ranging from beef, fowl, eggs, milk, and prepared dishes.

His greatest success for publicity was an entire sheep. He left air space at the top of the bottle, and the cork would then be sealed firmly in the jar by using a vise. The bottle was then wrapped in canvas to protect it, while it was dunked into boiling water and then boiled for as much time as Appert deemed appropriate for cooking the contents thoroughly. [Wikipedia]

In 1802, he founded in Massy the first preserving factory in the world, where he employs a dozen and then some fifty workers.

He submitted his invention to the French Navy that was delighted to have finally a good way to preserve all kinds of foodstuff for the long trips of ships.
The Navy gave Nicolas Appert two options: either he get a patent or he makes his invention available to everybody and he gets a grant from the French government.

Nicolas Appert opts for the second solution, preferring to make humanity benefit from its discovery rather than enrich itself.

In 1810, he got a grant of 12,000 francs. The same year he publishes a book: "L'Art de conserver les substances animales et végétales" (The Art of Preserving Animal and Vegetable Substances).

This was the first cookbook of its kind on modern food preservation methods. [Wikipedia]

Unfortunately for Nicolas Appert, his glass bottles were not very practical, because they were fragile.

Appert's method was so simple and workable that it quickly became widespread. In 1810, British inventor and merchant Peter Durand also of French origin, patented his own method, but this time in a tin can, so creating the modern-day process of canning foods. 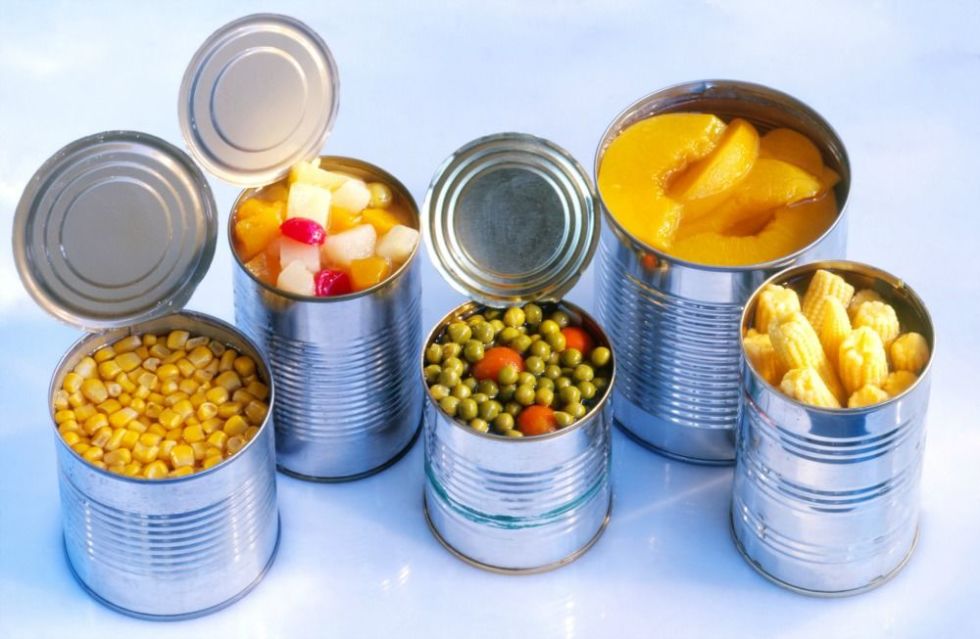 Although these tin cans were not initially very practical (you needed a hammer and chisel to open the cans), they were more robust than the glass bottles of Nicolas Appert. Canning became widespread after the invention in 1855 of the can opener by Robert Yeates, a cutlery and surgical instrument maker in Middlesex, England.

Competition from the British, favored by access to a better quality and less expensive tinplate, eventually ruined Appert.

In 1840, he sold his company, and on June 1st 1841, widower, without money to offer himself a burial, Appert died in Massy, where his body is deposited in the pauper's grave.

This is how the story of Nicolas Appert, a benefactor of humanity, ends.

Great Info and we all love the canned stuff. :)

Interesting. Read this post just after article about food store from 1900 found in Arctic. Expedition of baron Edward Tolle left the store looking for hidden Sannikov Land - there was a legend that in the Arctic there is a hidden valley with hot springs where forest grows. All expedition was lost. Food is in perfect condition Another take on the conservé conversation.

I too never considered that canning ever had to be invented, it just always was! but it made me think about what the first can opener looked like: Now that I was reminded of this I kind of remember my grandparents having one that looked a little like this one but with a longer handle and no bottle opener. They told me it was for camping trips: Interesting that it took that many years after canning was invented for the can opener to be made. A hammer and chisel? Way too much work for me. I'm waiting for the robots to come and cook the whole meal for me, lol.

I have never thought who is the inventor of canning steem it is an interesting platform :D

A sad end to a very interesting life. I became quite interested in the whole canning thing after reading 'the terror' by Dan Simmons. It is quite fascinating the simplicity behind it.

I didn't know this guy existed until now, but he's great! I love canning stuff.

thnx for sharing, good information, dont forget to upvote me :)

I never knew this. Sad how someone can make such a contribution and die like he did.

Good read. Learned something about the story of cans.

Nicolas Appert method is a good method. Thank you for sharing @vcelier

Good Morning @vcelier. Even as a child, I could experience with my grandparents as in the summer fruits and vegetables were cooked. This gave you the possibility to use fruit and vegetables from the garden in the winter for cooking. And today, where everything can be bought at any time of the year, the preservation of food has been somewhat in the background. However, my wife and I still use this method to continue using our garden. For example, sour cucumbers and sour beans, besides jam always enjoy. Thanks to your informative contribution, I now know who invented this method. Thank you for sharing my friend.

Absolutely incredible! A sad end, but what a contribution to our lives.

Great article. Though I don't like canned food, still appreciate the great invention

Hi sir Vincent, I recently saw that you give 1k steem power to a couple of your family. I'm a musician and I really love this community and I prefer to do curation as my main job in here. So would you mind giving me 1k steem power too? So I have at least a little power to give to others as I love curation. I know it sounds stupid, but I just say what I'm thinking right now. Thank you for your time reading this.

A worthy and life sustaining topic! Upvoted and following now !

Really a informative post @vcelier !
Thank you so much for sharing this information to us.
👍👍👍👍👍👍👍👍👍
Thanks again for your effort !
Followed and Upvoted !

Thank you, Vincent, I had no idea who made the canning process. Interesting like always!

The moral of the story: Look after yourself first because, in the end, nobody will give a fuck about you.