A popular new trend of cafes are popping up all over Bangkok. Animal themed coffee shops and cafes are allowing customers to play and pet their animals. Free roaming and given all access to the cafes, the animals can do pretty much what they want.

Friendly dogs and purring cats are among the most common, but there are couple that now house more 'exotic' pets. Raccoons, fennel foxes, red foxes, meerkats, chipmunks and parrots. 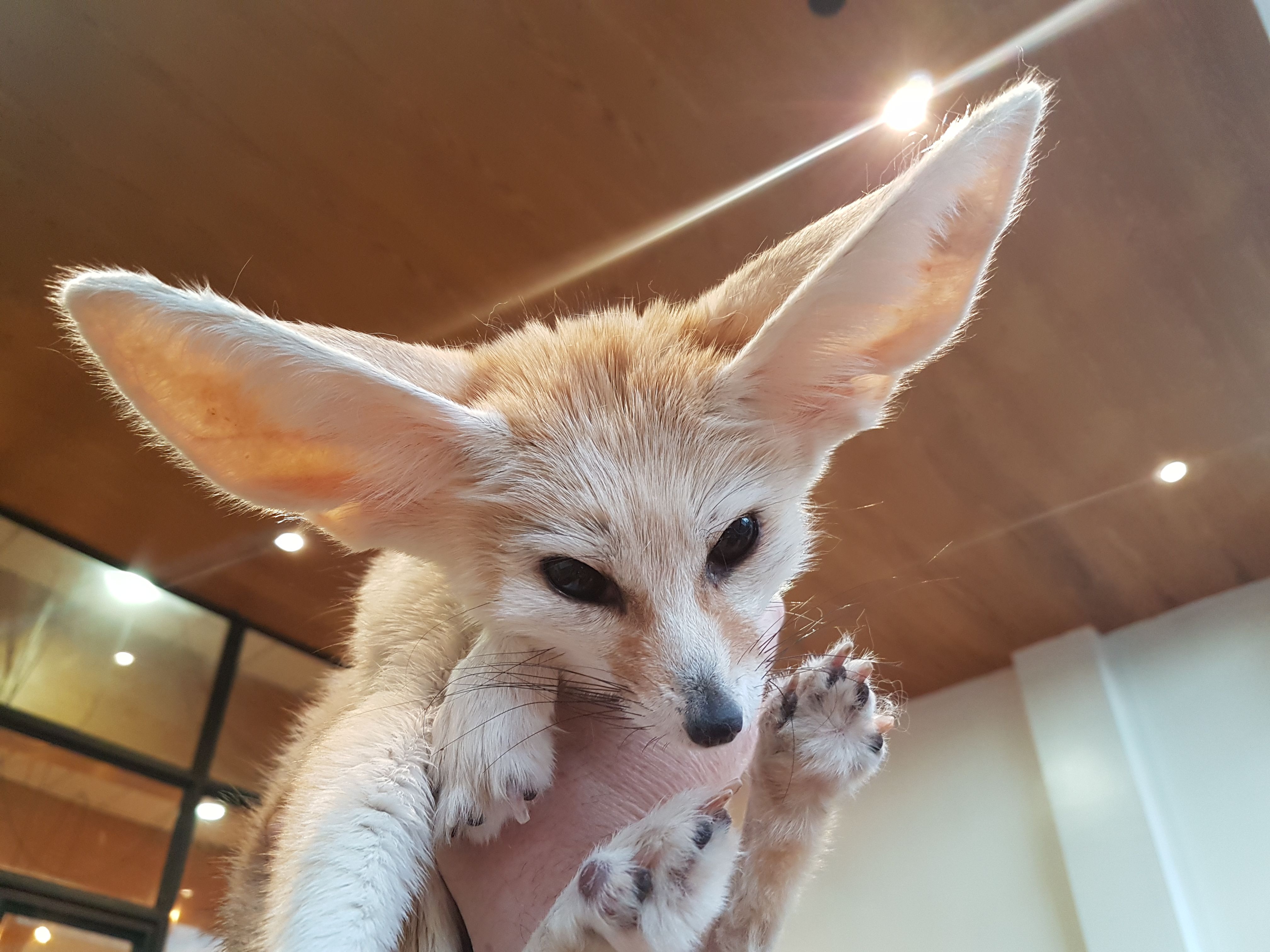 The animals have been raised since they were tiny and are used to being handled. Having such animals as pets is another issue! is it fair or is it right to keep them in coffee shops merely to attract customers- probably not, but the animals were at least happy and interactive (better than being kept in cages all alone- but not as good as the wild)- well apart from the red fox who acted shy and timid and was only interested in stealing food. The meerkats on the other hand had one thing in mind- find the nearest person, jump on their lap and go to sleep. They could easily be played with and were very inquisitive of pretty much everything and anything but definitely loved their nap time. 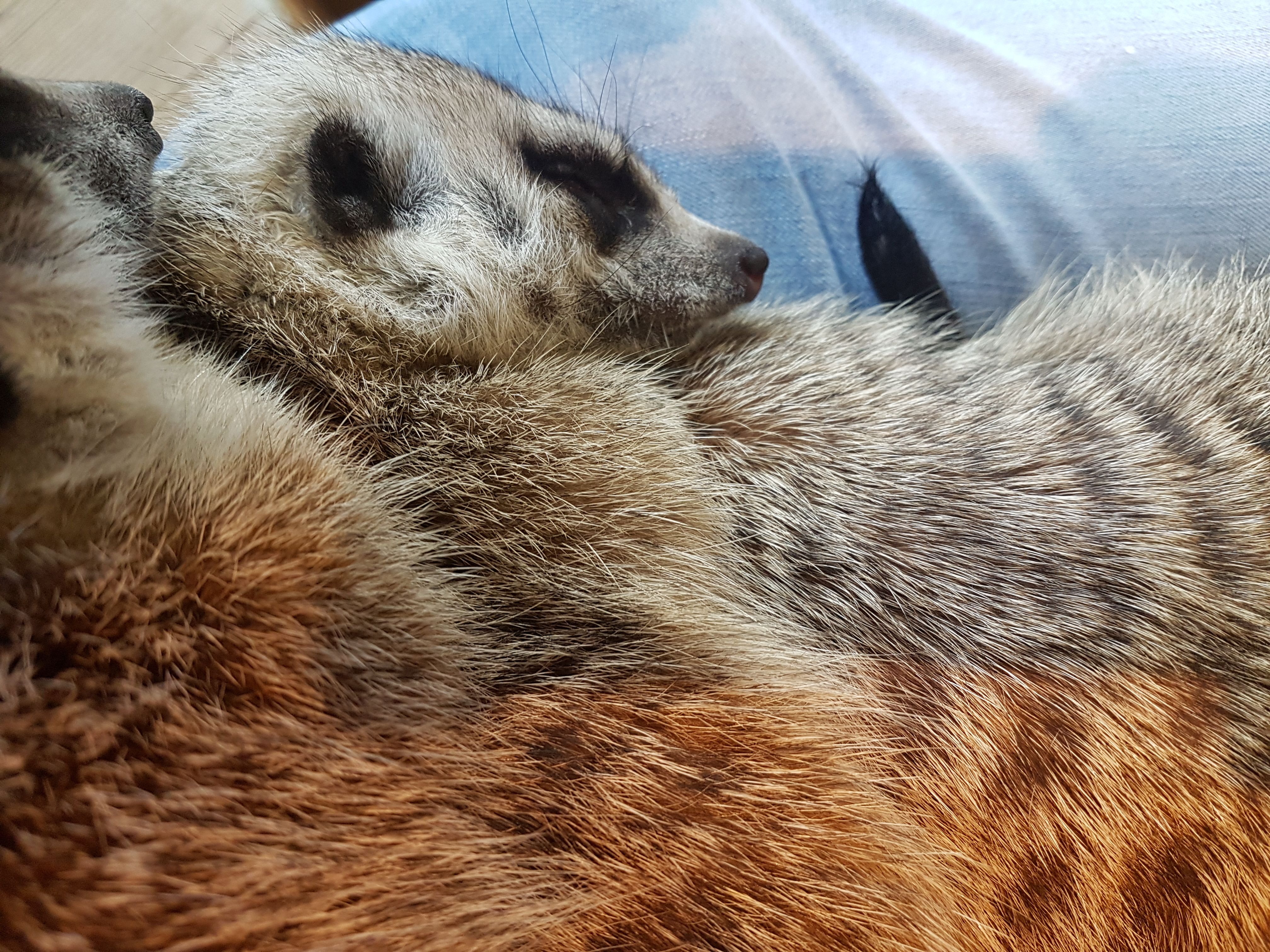 On the second floor, the raccoon and fox could be found. A corgi, that seemed to own the shop would visit his raccoon friend every 15 minutes or so to check on her. Watching a corgi run up and down a flight of stairs was rather amusing, and must have been quite tiring after a few laps.

Perhaps too many treats, but this was the fattest raccoon I have seen- also the friendliest. She was smart enough to know how to unlock her cage and come and go as she wanted. She knew how to rummage through peoples pockets and quickly targeted bags in the hope that there was something to eat. 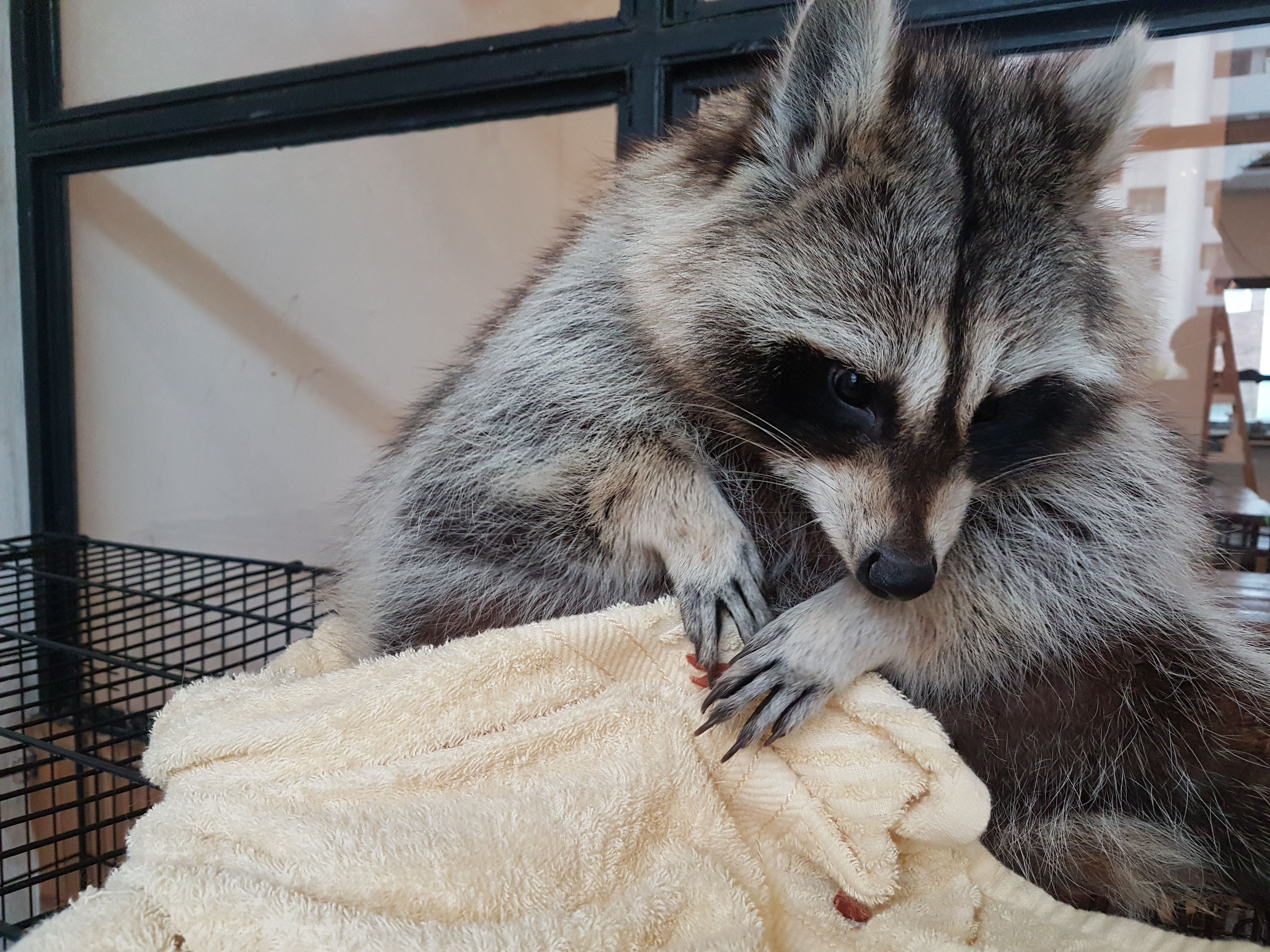 The raccoon had lost a biscuit in the towel and was looking for it!

And finally the only non-blurry photo of the red fox- he just wouldn't keep still and would quickly pounce of you to gently take the treat. Healthy and safety from back home would love this place lol.

Glad you checked it out :) thanks

Excellent initiative! There should be these kind of cafes everywhere, for those who love animals :)

Cute! they have lots of these cafes in Japan

oh really. what kind of animals do they have there?

Where is it in Bkk?
Sound interesting.

Muang Thong Thani. A little coffee shop out there.

my first time to see raccoon and meerkat so friendly..

I guess its because they have constant interaction all the time- since being babies too. very cute little guys lol

Congratulations @thinkit, this post is the ninth most rewarded post (based on pending payouts) in the last 12 hours written by a User account holder (accounts that hold between 0.1 and 1.0 Mega Vests). The total number of posts by User account holders during this period was 1641 and the total pending payments to posts in this category was $3219.01. To see the full list of highest paid posts across all accounts categories, click here.

Thank you for sharing, that fox is amazing. Great photography Upvoted & Followed :)