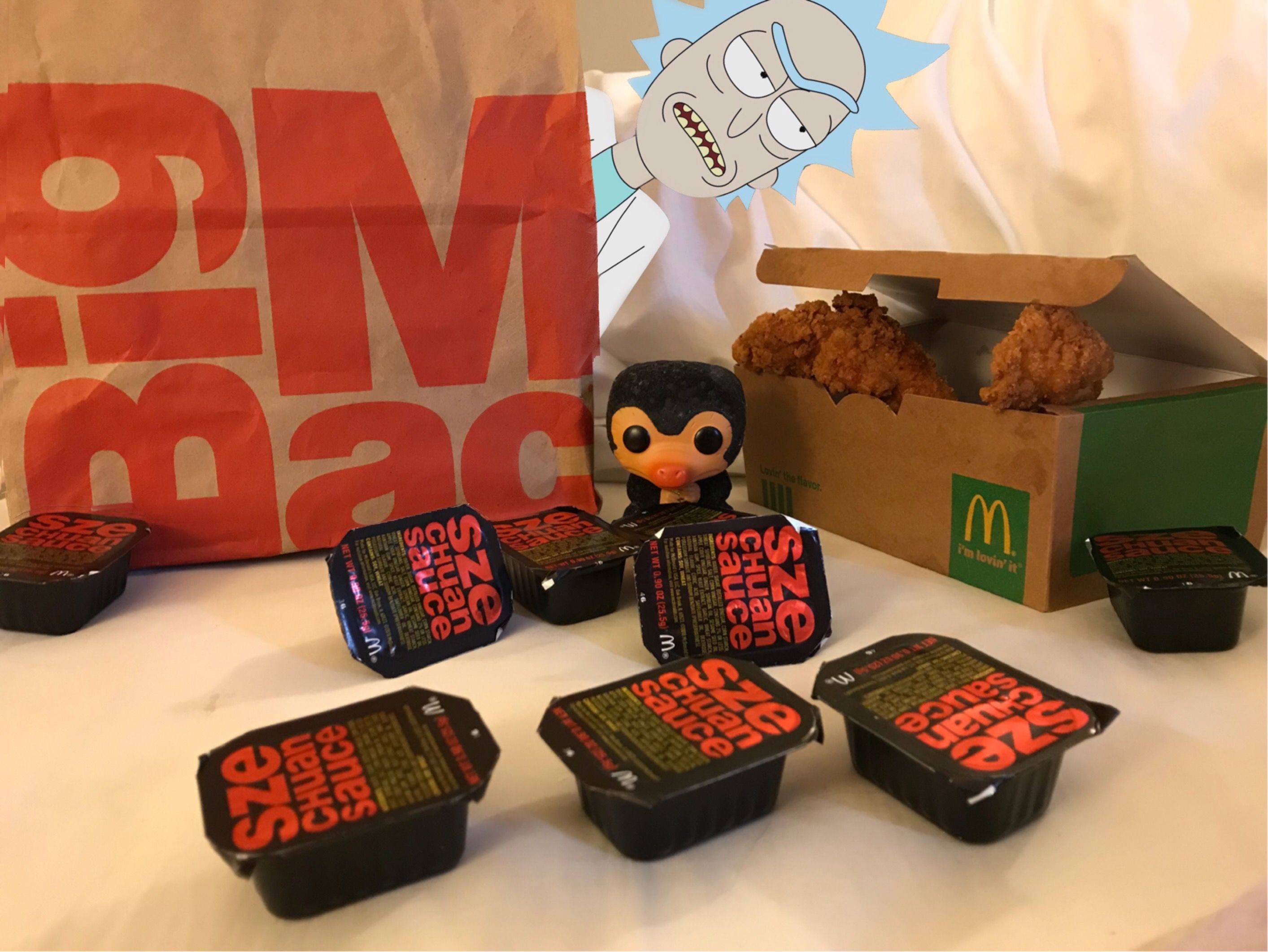 Today I was lucky enough to come into a mass horde of McDonald’s szechwan sauce. It was the relaunch and everyone in the colonies was supposed to have the option to get some. I hope some of me new mates were also able to get some! I’ll be doing a small review and my opinions on the sauce.

Now when these originally came out in 1998 with the Disney movie Mulan I was too young a Niffler, also, I was still in the UK. During the first relaunch, the supplies were limited to large cities. I thought about magicing some to meself but the the magic particles would have interfered with the flavor.

Any-who, I was able to get my Niffler claws on a massive dragon horde of 'em this time!! I admit I opened one to try but shan’t open any more!! They are now my shinies!! The flavor was very mild. It took a lot of the thick sticky brown sauce to get much flavor. But I was particularly fond of the flavor, so I was willing to cover my nuggs in it. It was a very sweet teriyaki sauce. Not as sweet and strong as other take away teriyaki, but with a very similar taste profile.

There were some good under tones of soy and possibly brown sugar. You see, my Niffler palate is very refined. I can sense what ingredients are in a dish....almost like magic. 😉

All in all, me flat mates weren’t as impressed as I was. One of them stated it was akin to a sweet and sour sauce from a different takeaway. However that sauce is stronger with more of a tart tang.

For me however, 9/10 would horde again. Although would not spend my precious shinies on it on eBay. Try and get some before your local stores run out!!