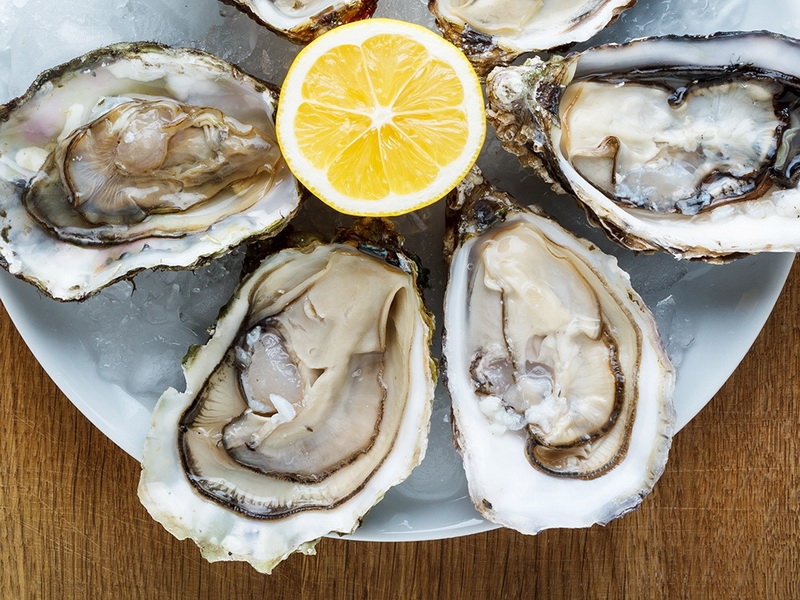 All greetings, as before, I learn high cuisine, today I ate oysters. It used to be disgusting to eat such dishes, but strangely enough this feeling passed, the cottage did not even frown, now it is necessary to eat again, from the first time did not understand completely the fun of them. As everything was: opened, brushed, washed in saline solution, sprinkled Lemon and just drank this slimy soupstanstvuyu with the smell of the sea, the taste of interest, but I can not characterize it because I did not understand anything, next time I will share it with you. A few facts about oysters:
Oysters (Latin Ostreidae) are a family of marine bivalve mollusks. They have a very characteristic asymmetric shell of irregular shape. One of the most popular among the fishing groups of marine invertebrates.
What is the use of oysters?
Oyster flesh is a unique biological compound of useful substances, containing proteins, necessary fats and carbohydrates. The lipid component is represented by unsaturated fatty acids - omega-3 and omega-6, which are indispensable for impeccable operation of the brain and the functioning of cells, because they are the most important components of cell membranes. Also, omega-3 is the most important substance for the nervous system, for the skin and hair.
Ointment pulp also includes vitamins A, B, C, D and a large number of mineral salts: magnesium, calcium, phosphorus, zinc, iron, iodine, copper, sodium, potassium, chlorine, chromium, fluorine, molybdenum and nickel. It is because of the high level of zinc, which stimulates the production of testosterone, that oysters are considered an aphrodisiac.

The content in oysters of antioxidant substances (vitamins A and E) promotes the rejuvenation of the body and the prevention of cancer, free radicals that disastrously affect cells are rendered harmless by vitamin compounds, so that health improves. The content of iron and other mineral salts, in combination with vitamins, can significantly improve the processes of hematopoiesis, so many people with anemia use oysters.
The protein component of oyster pulp consists of the most important amino acids, many of which are irreplaceable, therefore oysters are considered very useful food. As for caloric content, the shellfish contains only 72 calories per 100 g, so they are often consumed during diets.

It is worth noting that the special value of oysters in their freshness, shellfish is almost alive, if the oyster does not react to the opening of the shell by shuddering, then it is already dead, and using a corpse, even a well sprinkled lemon juice - is not useful. Some gourmets use oysters not entirely, but remove the fringe part, which contains the gills and the muscle, which keeps the shell shutters closed. The remainder of the mollusc consists mainly of the liver, which is rich in glycogen and enzyme diastase, which helps digest glycogen.

Despite the abundance of useful properties, oysters are quite dangerous food. It's no secret that they only eat this delicacy fresh, otherwise the risk of getting food poisoning is too great.

People who suffer from diseases of the digestive tract and spleen, as well as pregnant and lactating women, should refuse to use this product, since complications are possible.

If you eat oysters, carefully inspect the mollusk, for the presence of fragments from the shells, otherwise it can damage the mucosa of the digestive tract.