Hey Steemians,
Another Check the Czech Cuisine post, answering the tough question... What is Czech food like. 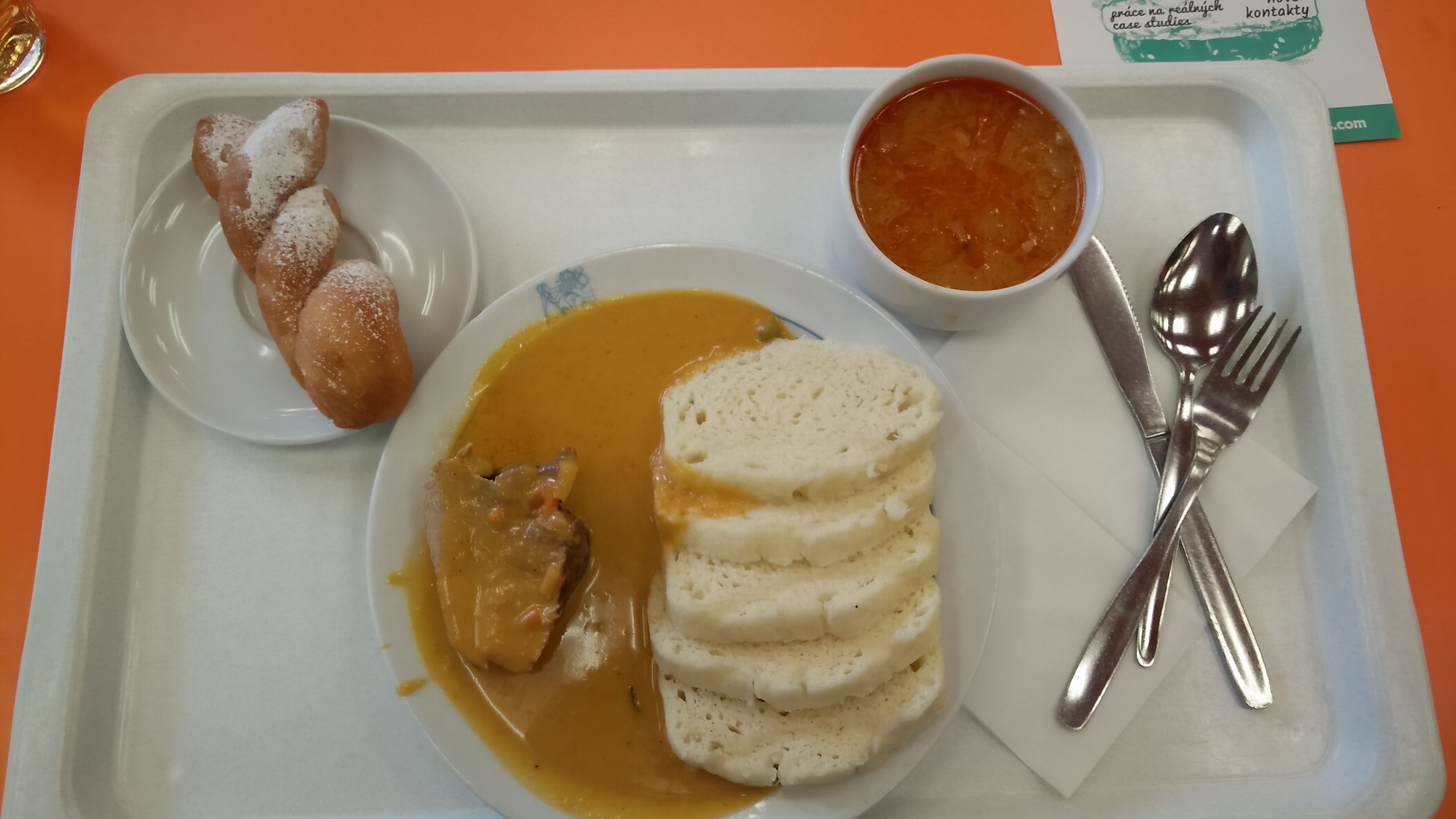 Wow, I had another awesome Czech Meal today. This time it was a cabbage (more specifically a fermented cabbage) soup with sausage and tomatos. Then the main was a special goulash dish that is made with creamy sauce instead of gravy. There was a large chunck of pork that just melted when I put it in my mouth. The sauce was so yummy as well. Had peas and corn inside of it but tasted really creamy and a little bit sweet actually.
Of course there were the typcial czech bread dumplings to soak up the sauce.

Then for dessert i had a typical Czech donut with icing suger on top.

Until next time,
Later Aligator.