What Is Vegan Cheese Exactly—and Should You Be Eating It?

When non-vegans try to wrap their heads around the diet, their sticking point is often not whole milk, nor even creamy ice cream, but cheese. Ah, cheese. Those who choose a vegan diet, or whose allergies make it necessary, often find themselves missing cheese. Many who forgo it report that—taste- and texture-wise—it’s a difficult food to replicate. So if you’re casting about for nut-based or soy-based cheese alternatives, it’s worth considering both health and taste. 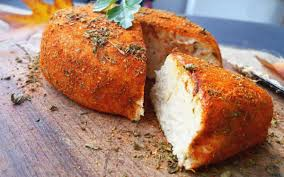 As Jonah Soolman, RD, told Health via email, “We might use cheese and their vegan alternatives in similar fashions, but that does not mean they are nutritionally the same. Nut-based and soy-based ‘cheeses’ tend to be lower in calcium than real cheese.” This doesn’t make these alternatives “bad” or “unhealthy,” explains Soolman. “It just makes them different.”

If you’re switching from vegetarianism and consuming a substantial amount of cheese, for example, and “rely on [it] as a significant calcium contributor,” says Soolman, you “would want to be aware of the discrepancy.” So if dairy cheese is not an option, he says, “choose a brand of vegan cheese that is fortified with calcium, or incorporate other sources of the mineral into [your] diet.” Generally speaking, if you jump to veganism, you should be sure to seek out the nutrients you need, and of course consult with a doctor if you don’t feel well.

But what about taste? How do vegan quote-unquote cheeses fare in that department? We reached out to Tia Keenan, cheese expert, writer, and author of books including the forthcoming Melt, Stretch & Sizzle: The Art of Cooking Cheese.
“First, I have to say that as a cheese expert, I have to acknowledge that there is some rightful angst among traditional cheesemakers about the use of dairy language [when talking about vegan ‘cheese’],” says Keenan. In fact, although there are two commonly known types of vegan cheese—soy-based and nut-based—for a recent article about cheese substitutes, Keenan declined to write about the former. “I think vegan nut milk cheeses have a level of integrity in the sense that they’re a whole food product. They’re made with real ingredients using non-industrial capacities,” she explains. “Soy cheese can only be made in a factory. It’s a more industrial product … not something made from someone’s hands.” People like soy cheeses because of their ability to melt, says Keenan, but that reflects the industrial nature of the product. “Real cheese as it’s been made for thousands of years is made with milk, rennet, and salt, and that’s it.” The only major variations, she notes, are the type of rennet, how it’s aged, and the type of milk. “The building blocks of processed cheese are anything that the [maker] wants to put in it,” and thus, she’d warn people away from soy cheese.
Those looking to emulate the creamy texture and saltiness of real cheese tend to find themselves reaching for cashews, both at restaurants and at home. “Cashew is a really rich nut high in fat,” explains Keenan, “with a nice mouthfeel and a mild flavor.” (Consider this cashew-centric mac ‘n cheese, for example.) But several other nuts can be transformed into vegan “cheese”—what Keenan calls “nutcheese”—such as almonds and pine nuts, among others.
She explains that there are generally two types of “nutcheeses”: First, “nut milks, which have been strained and formed into a more solid mass, usually flavored, and then sold as ‘nut milk cheese.’” Second, says Keenan, “something much closer to what actual cheese is like (or the actual process of making it): drained nut milks inoculated with some bacteria that ferment. You can age them and they can take on more complex flavor components that any fermented foods would take on.”
Of fake cheese generally, Keenan says, “If I’m gonna eat it, it’ll be because it’s delicious, not because it’s a fake version of something else.” It’s fair to say she’s not giving up her cheese-eating ways any time soon. But if you’re not eating real cheese and miss its texture, she suggests you consider Kite Hill. “They’re really trying to make something that looks, tastes and feels like an actual cheese.” Of the almond-milk product, she says, “It’s like a Brie: It’s round, it has a rind, and it’s creamy inside.”
She’s most partial, though, to Basilicotta, a creamy, basil-flecked cashew ricotta-like spread, and anything from Punk Rawk Labs. The former goes right on Keenan’s pasta dishes, and of the latter, she says, “Their whole line is delicious.” She’ll make nachos for vegan friends with their “nacho” cashew cheese, and loves that their smoked nutmilk cheese is somehow meaty.
So although vegan “cheese” isn’t quite cheese, there are still ways to listen to your cravings and get your body what it needs.