So David Hogg has been completely revealed as a BAD CRISIS ACTOR trying to program Americans into giving up their 2nd Amendment Rights.. This is proof of a HOAX! This whole shooting has been staged!!! Where is the OUTRAGE??

They took me out on Youtube Today! (2 channels hit!) This is unbelievable! This is CRIMINAL!! Please look out for me and anyone else sharing this information. This could bring down the Government and all involved.... WOW!

This guy has been used before in Corporate Media pieces 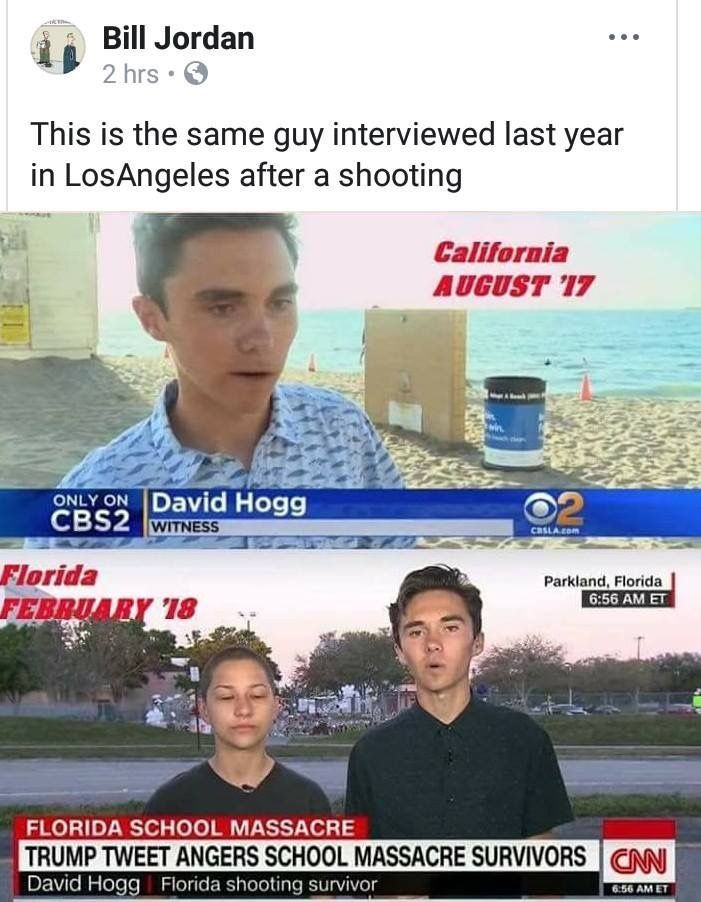 DO YOU HONESTLY BELIEVE THESE PEOPLE WERE IN A SHOOTING? 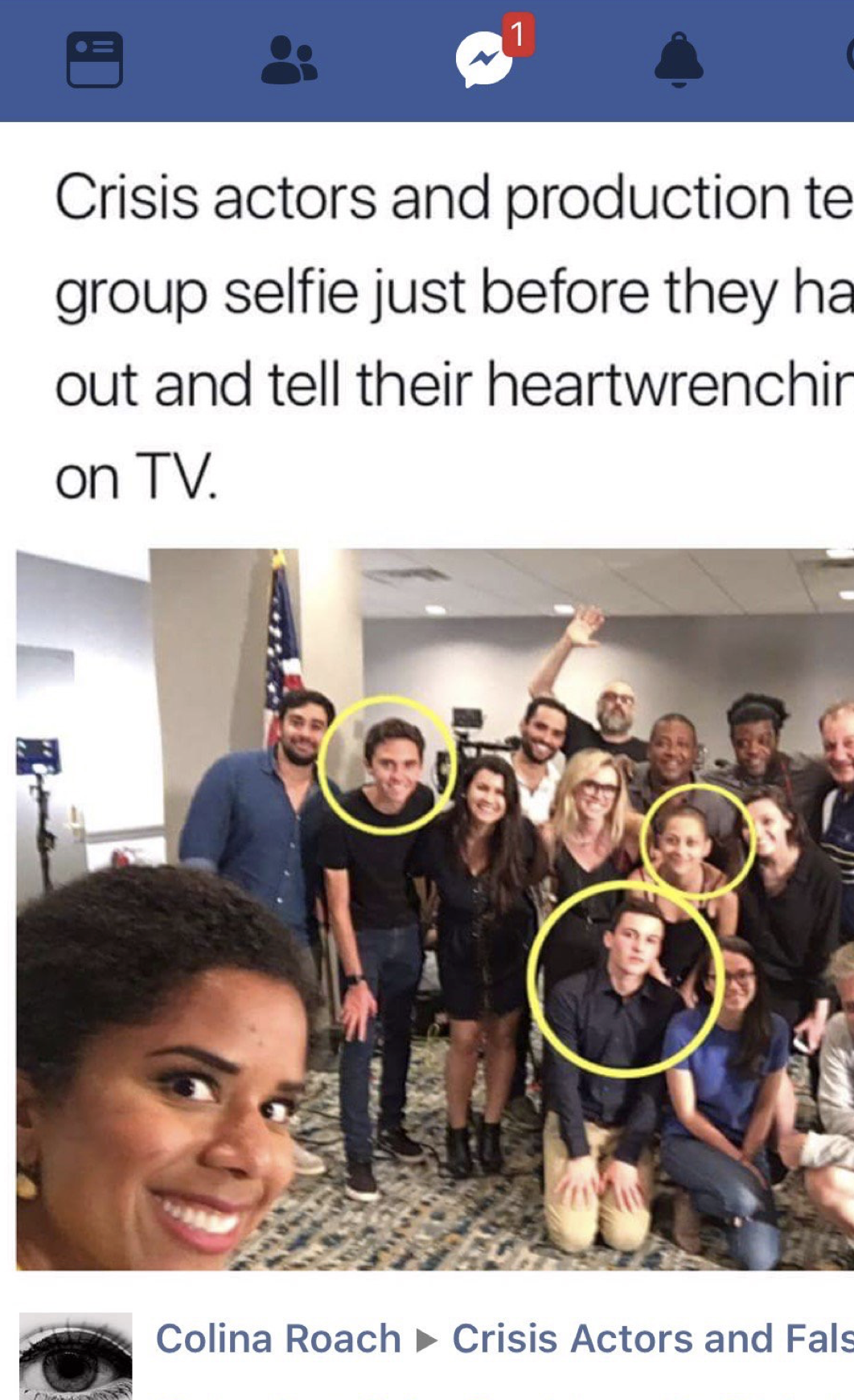 LOOK HOW MANY TIMES HE'S APPEARED CALLING FOR GUN BANS!! Now we've found out that David Hogg's Father is FBI 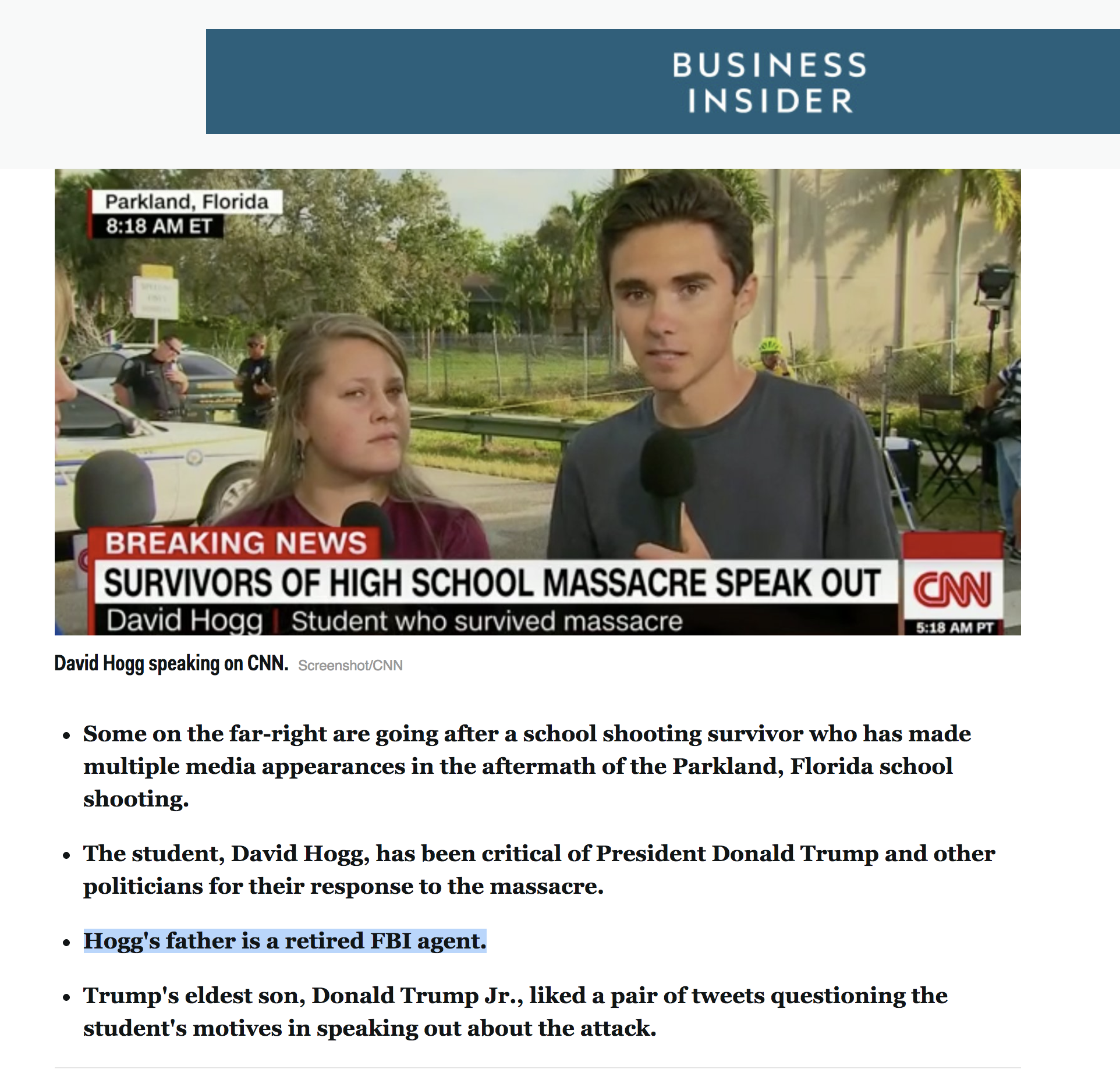 Now check this out. David Hogg just happened to visit the CNN headquarters... Before the Shooting!

Posing as an Anchor eh? Prepping for his new career undoubtedly... 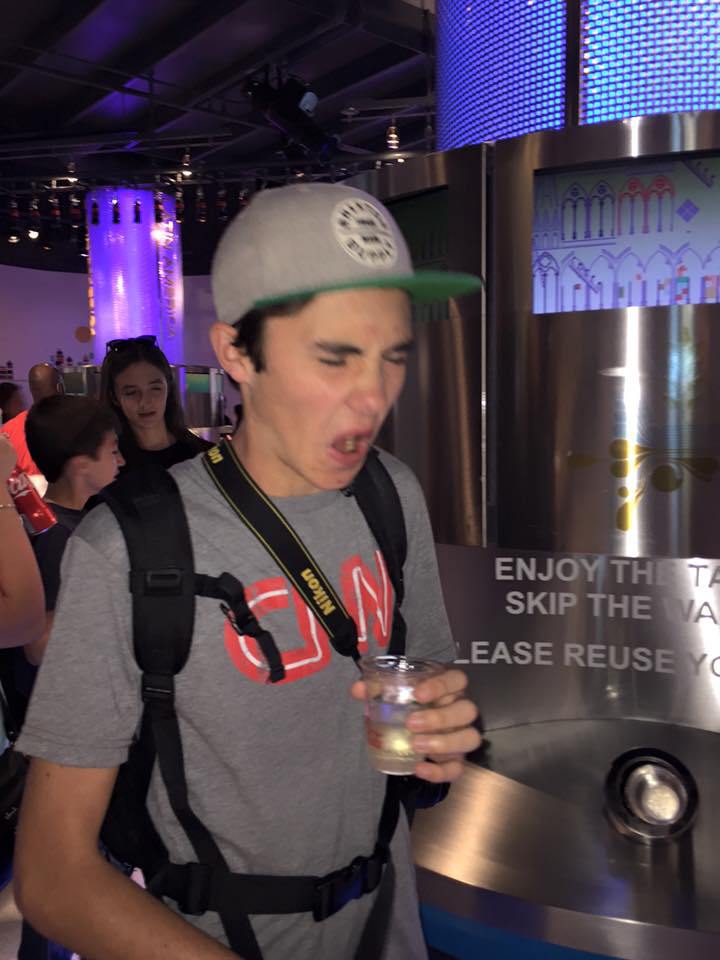 In this video Hogg boast about how he met someone by shooting them in the leg... and that someone actually believed that story... I guess acting and lying come naturally to some people...

Look who's sharing his tweets: Now comes all the censorship. My two remaining Investigative channels (Fake News Report and Free Radio Revolution Revival) were attacked over the past 2 days as I was exposing this psyop. 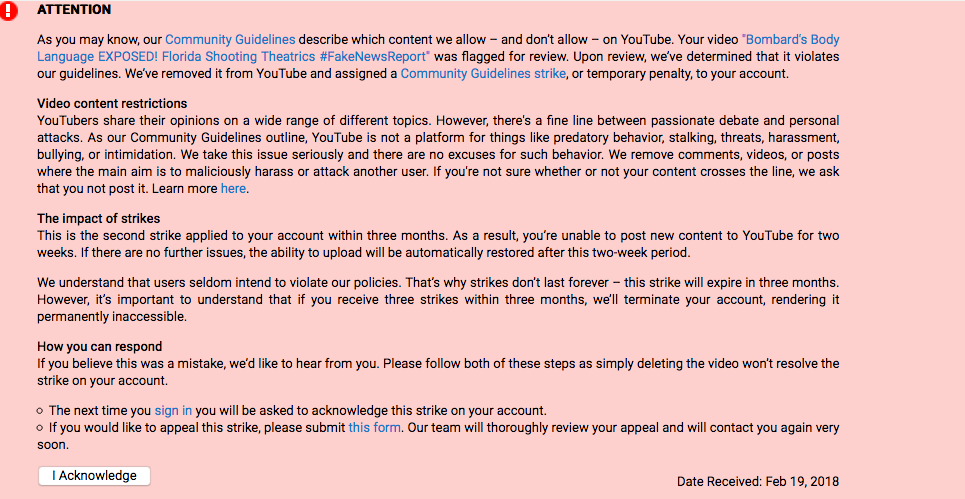 This one came a few hours earlier: My Live Show breaking it down was terminated:

This of course is nothing new with my work as I've been hit hundreds of times over the past 6 years and have lost thousands of videos that exposed many of the major hoaxes, false flags and psyops of the past including: Sandy Hook, Boston Bombing, Navy Yards, Ottawa, Paris, Nice etc... I've had numerous threats exposing this event. I've been doing this for 6 years and was one of the first people to expose Sandy Hook. They are coming for your guns! Please check out the rest of my posts on this to see all the crisis actors and Gun Control propaganda. America MUST ACT NOW! 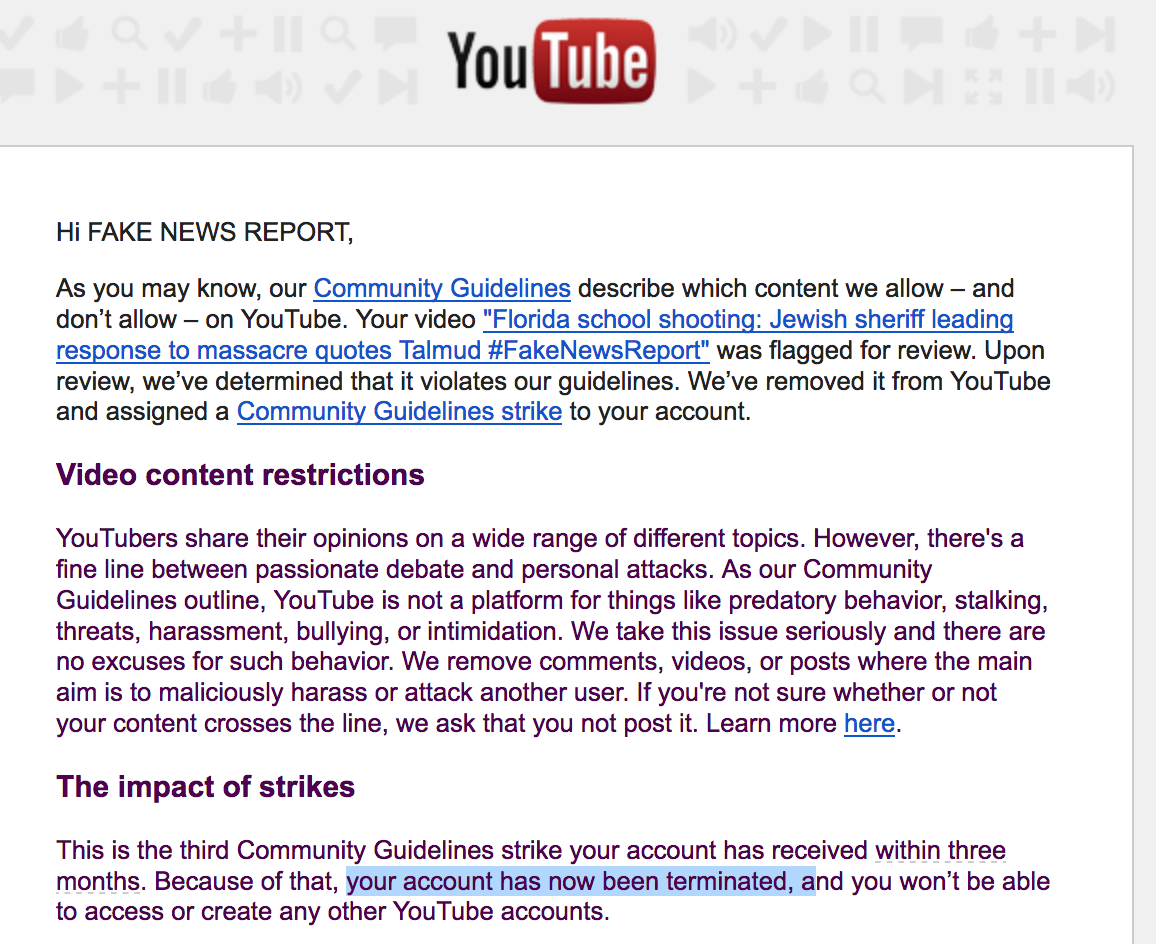 Gun control is not the answer. My brother was shot in the head ten days after he was married on VALENTINES DAY.... THE CRIMINALS AND "THE POWERS THAT SHOULDN'T BE" WILL HAVE THE GUNS AND THERE WILL BE NO WAY TO PROTECT YOURSELF AND YOUR FAMILIES. It does not take a rocket scientist to figure that out.

It makes me so sad that these children are being so manipulated and controlled. I find it curious that the one young man's father is a former FBI agent. These children are so ignorant of what is being put in place behind the scenes. They are being used as puppets.

To be honest, I don't get why there is even a debate on it. This line says it all: "THE CRIMINALS AND "THE POWERS THAT SHOULDN'T BE" WILL HAVE THE GUNS AND THERE WILL BE NO WAY TO PROTECT YOURSELF AND YOUR FAMILIES."

It's good you are on here instead, we should support their evil platform the least we possibly can (by being on a better one).

Thanks! I was desperately wanting off that horrible zionist propaganda platform! Hopefully I wont get censored here!

You don't have to worry about that here Jeff :)

@realconspiracies they did the same thing to my video https://steemit.com/dtube/@asherunderwood/z5rbms9p

They seem so distraught. People are saying this kid's dad is an FBI agent. Any word on this? Anyone know where that info is coming from? Any way to prove that as fact?

Answering my own question:

I’m so happy to see that you found another platform.

They are all actors :( they have no emotions following anything they are saying. What's the purpose to all this? I mean really. This is bad....holy crap...

This is bad. And sadly, there is a purpose to all this. It's to reduce our rights.

Just wondering if you happened to see this. 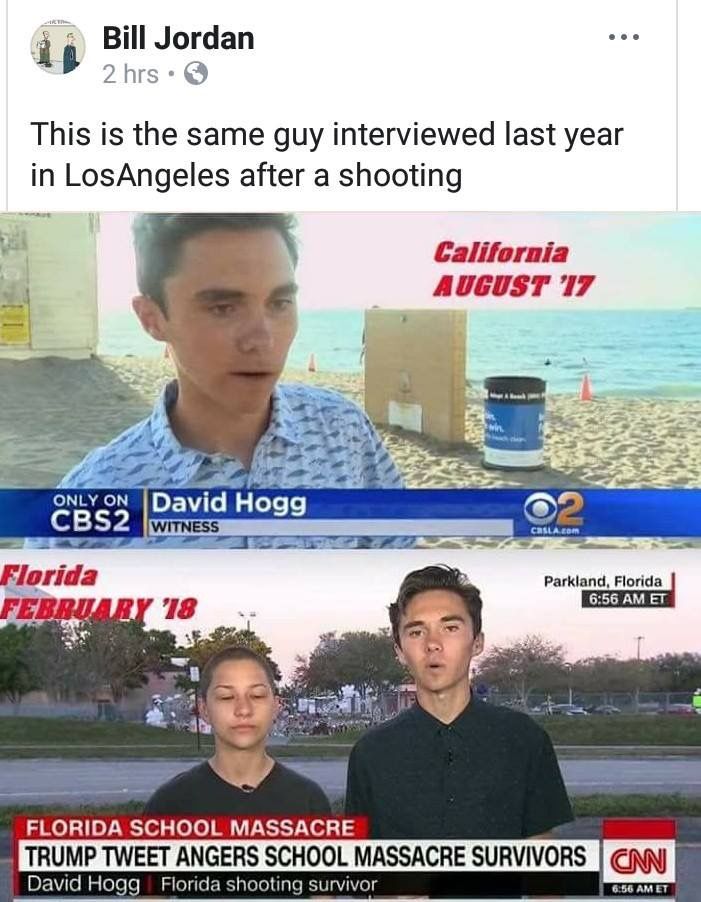 I did some digging and the interview from August 2017 was from a "confrontation" at a beach, not a shooting. However, his dad works with the FBI.... so that should raise some major flags. He was also seen rehearsing his lines before going on CNN. Here is the link:

The August '17 thing wasn't a shooting.

Here is the video from CBS Los Angeles Published on Aug 7, 2017

Thanks for sharing @fakenewsreport my video was also removed from youtube and All I did was state facts have a look https://steemit.com/dtube/@asherunderwood/z5rbms9p

Welcome to The New Dark Ages.

Through! I desperately wanted to leave this terrible Zionist propaganda platform! Hopefully I won't be censored here!Thank you, I'm speaking Russian badly understand English language but I thank you from my subscription.thank you again

This will help, thank me later ;)
https://steembottracker.com/

Love the video but you should change the headline of your video that says it was staged!!! that is why you are getting flagged. It did happen for sure. Just change it to say Actor Mr' Hogg caught reheasing lines to Florida shooting. They sounds much better brother. Keep the truth coming man.

If you ask me, all the news on TV is Fake News.

The problem with the Jews is that they don't want you to have an attitude...