Hi friends, have you ever heard of will-o'-the-wisps. I did, but I did not know exactly what it was. I just knew it was a kind of fire that lit up all alone in the cemeteries and it was scary ... 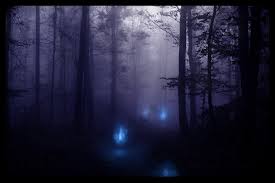 Wisp in a swamp

The will-o'-the-wisps, called meteors, are luminous phenomena. Apparently, they do not have an electrical origin, even if we say that the storm can promote their appearance.
It is in fact the combustion of organic matter suspended in the air or phenomena of phosphorescence which are reminiscent of irregular yellow, blue or red light, like flames that fly in the air at ground level and mostly seen at night in cemeteries and marshy places. The will-o'-the-wisps appear most often in autumn.

Before knowing the scientific explanation, the will-o'-the-wisps have long frightened people who thought they saw a soul in pain or a ghost.

The will-o'-the-wisps should not be confused with other similar phenomena which do not have the same explanation as static electricity, the fire of St. Elmo (physical phenomenon, occurring only in certain meteorological conditions, which is manifested by glimmers appearing especially at the ends of the masts of the ships and on the wings of the planes some evenings.
This phenomenon is sometimes also created at very high altitude, above the cumulonimbus. In this case, we will talk about "leprechauns") or lightning ball (rare meteorological phenomenon and still insufficiently explained. It is in the form of a luminous sphere of twenty centimeters in diameter which appears during a storm). 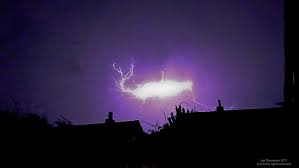 Chemists have announced that the wisp would come from decaying organic matter, which gives off large bubbles of gas (methane, diphosphine, phosphorus hydrogen) flammable in the air.

Another explanation given is that the will-o'-the-wisp is not an instant glimmer; it can shine for ten, twenty, thirty seconds and even, though rarely, for several minutes; it does not produce smoke; it does not ignite; he does not burn the dry grass on which he lands. This second version says that in the gas that constitutes the wisp, the proportion of liquid phosphorus hydrogen or methane is too low to bring spontaneous ignition to the air and that the meteor shines only by a form of colored phosphorescence.

I hope this article has enlightened you; o)

Oh, that's out of the ordinary !! I never bothered to understand the principle of wisp. But thanks to you, I'll go to sleep less stupid tonight !! :) Really interesting topic, thank you ln!

Found your post interesting to read. I can't wait to see your post soon. Good Luck with the upcoming update.This article is really very interesting and effective.

Nice post! Thanks for educating us on lone fire in the cemetries. I bet, this could be scary. I follow and upvote you.

I studied about this in our language it is called "Dhanguloi"

There's always a reason behind anything, and I can't hide this. And I can hide the electricity and lightning is all amazing to nature and I put you to an important topic and care for it

Really interesting!. I have often hear the expression but did not know until what it meant. Thanks

This is a story that makes me read it like one line with one line.
The main idea is like stunning , i mean it makes you realize the fact .
Keep on steeming.

It is the geometry of the universe

Awesome! Thank you for sharing!

Nice! I had heard of this but did not know its origin, thanks, good article.

nice thank you for sharing

Congratulations, your post received one of the top 10 most powerful upvotes in the last 12 hours. You received an upvote from @glitterfart valued at 240.27 SBD, based on the pending payout at the time the data was extracted.

Never seen something like that before fire in water