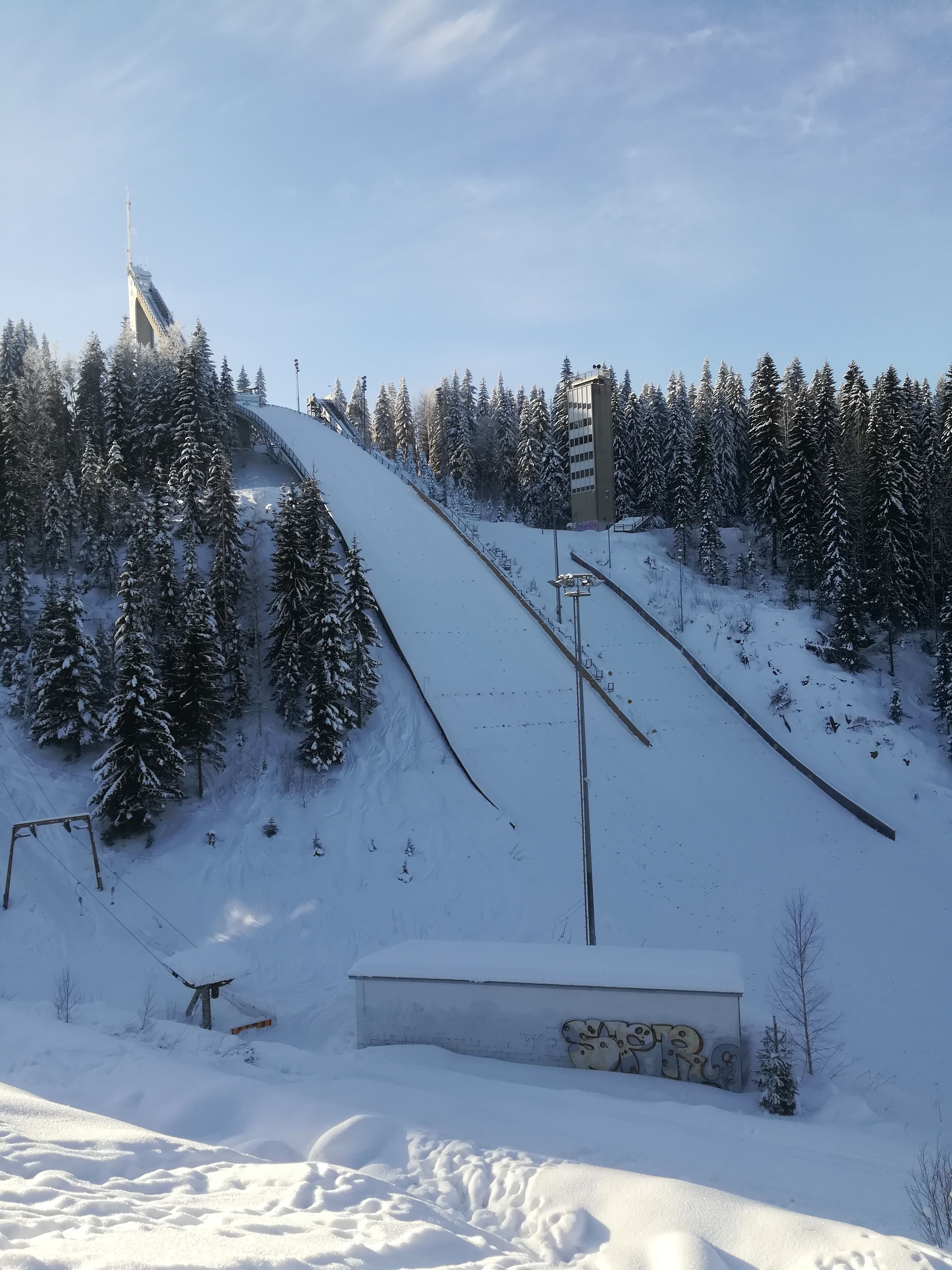 When we were doing cross-country skiing we also found this cool freestyle aerials hill for summer practice by this small lake. 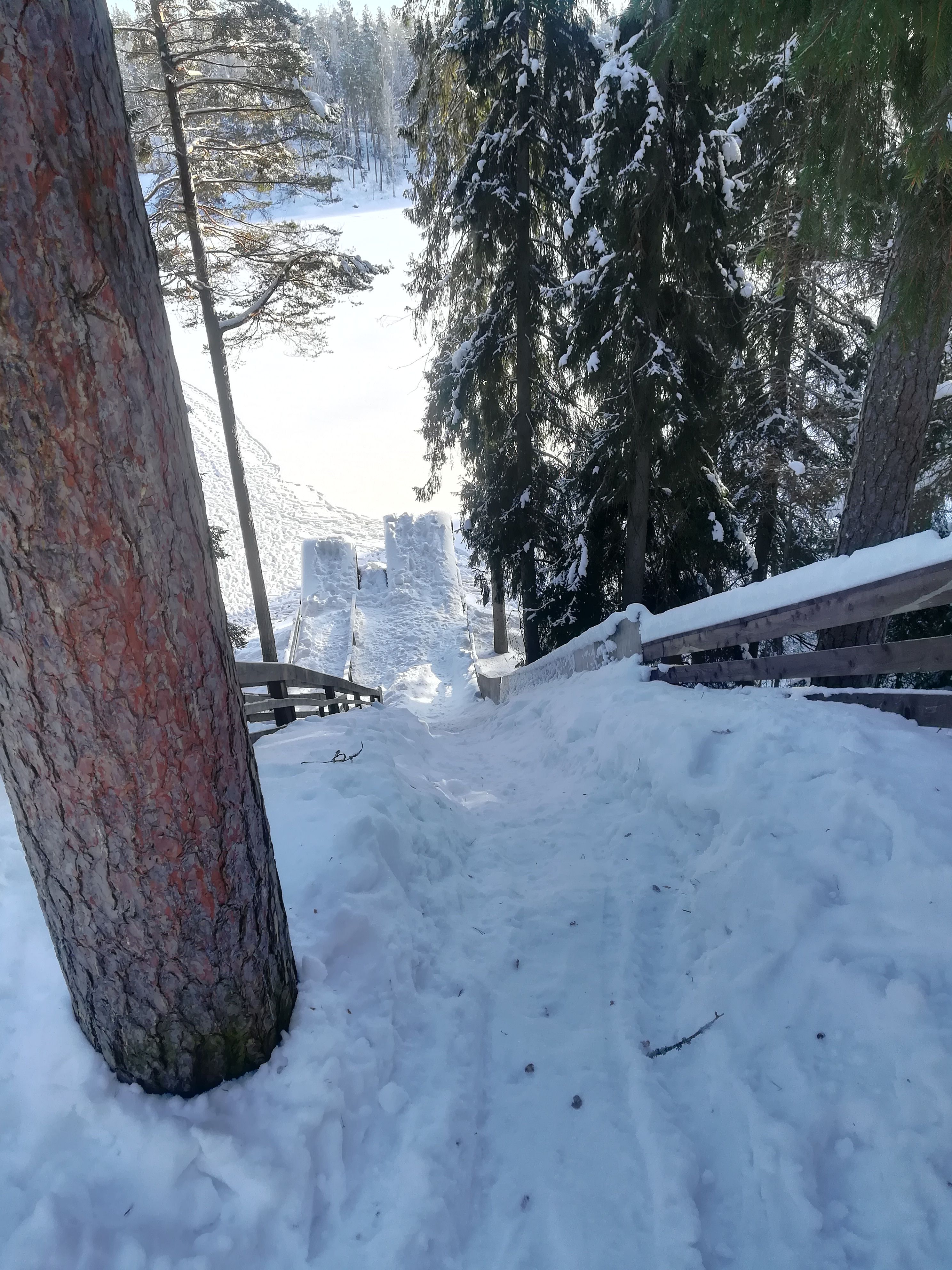