IS MONEY TRUELY THE ROOT OF ALL EVIL? 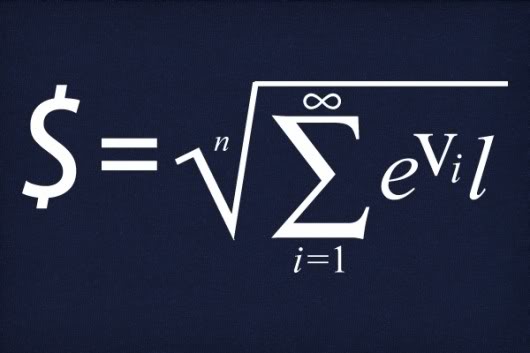 When it comes to money, we all sometimes pretend and act as if it is not important and most Christians are quick to say, “The love of money is the root of evil” most of my fellow Christians in my own view misquote this verse. The bible says “for the love of money is a root of all kinds of evil. People who eager for money, have wandered from the faith and pierced themselves with many grief’s”(1 Timothy 6:10). It is an individual’s preoccupation with money to the exclusion of other equally important things in life which is wrong but not money itself. It is also our perception of money and the way we handle money that can make it good or bad. We have accepted this quotation with such prejudice that most of us tend to ignore the other (good) side of money. Complicating the beliefs above is the deep-rooted African culture that glorifies poverty and frowns on financial success.
Let us now look at the other side of money-that is, the lack of money. Can it be the root of some evil? Can lack of money cause death? (The answer is obvious). Don’t you know any marriage facing challenges because of financial difficulties? I have heard some marriage experts say that it is the extremely rich and extremely poor couples who have the worst marriages.
One of the common obstacles to achieving financial success especially among my own people is the deep-seated belief that people who have lot money are evil. Some even believe that the poorer you are, the holier you are, and the richer you are the more evil you are. This is a wrong perception that needs to be corrected.
Billy Graham puts it this way “if a person gets his attitude towards money straight, it will help to straighten out almost every other area in his life” it is not a noble thing and it is wrong to condemn anyone who has succeeded financially because he/she knows how to make money and is financially literate.
The Bible, in Deuteronomy 8:18, says that “ But remember the Lord your God, for it is he who gives you the ability to produce wealth, and so confirms his covenant, which he swore to your forefathers, as it is today”. This simply means God gives His children the ability to produce wealth, if wealth were bad why would He give His children the ability to get wealth?
One of the basic things we need to get straight about financial success is the fact that our wealth is limited by the knowledge we have. Your ability to increase your wealth is directly related to your ability to increase your financial knowledge. There is no standard price for an idea; it is the creator or the idea who determines his own price. Look at all the things we pay money for, they can all be traced to the discovery of an idea at a point in time. One of the deficiencies with our schooling system is that, it does not sufficiently create the environment that encourages creativity and innovation, which is directly linked to discoveries and wealth creation. The African continent has more problems than any other continent and solving these problems require innovation and creativity which would in turn lead to wealth creation.
Always remember that, the most powerful asset you have is your mind. There are really no limits to what you can accomplish in life and how financially successful you can become except for the limits you place on yourself through lack of belief in yourself
“You cannot change what happens to you until you change what you know”(MIKE MURDOCK)

Great Post! Get Free Upvotes! Plus you get 0.1 STEEM Free just to signup! http://j.gs/Anmi