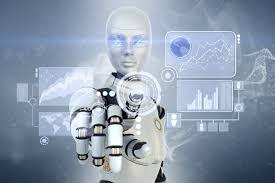 Spoofing, pinging, quote stuffing. Code words between secret agents? Absolutely not. On the contrary, terms with which some illicit behaviors of ultra-fast traders are defined. Algorithmic systems that manipulate the market. In the United States, last January, a coordinated operation between the Commitment on Commodities Futures (CFTC), the Justice Department and the FBI led to the fine of a group of banks and the indictment for different traders. The reason? Being involved in "commodities fraud and spoofing schemes".

Yeah, the spoofing scheme. The operation consists in placing on the market a wide flow of negotiation proposals, through computer platforms. The goal is not to conclude the transaction, but to generate fictitious information to guide the negotiations. Let's take an example. Operator A wants to buy shares. The stock price on the stock exchange is, at the time, 10 dollars. For him too high. An acceptable value would be 8 dollars. Here, then, "shoots" in a millisecond an avalanche of sales negotiation proposals slightly higher than the best offer of disposal on the Stock Exchange. In other words: the best sales proposal is 9 dollars and our operator "strains" the price list with offers to $ 9.01, just enough to avoid any immediate execution of orders. At that point, the other investors, seeing increasing volumes on sale, believe that a downward trend is beginning on the stock and run to discard it. The result? The shares, while the operator A cancels his sale offers in a millisecond, falls on the stock market. At that point, the same operator A can buy the titles, meanwhile dropped, to a level closer to the one he desired. This is spoofing. A manipulation that, in hindsight, can take various forms. Thus, for example, you will be pinging. That is: placing on the market thousands of orders (which you do not want to do) to induce other traders to react and unveil their strategies. Or the quote stuffing, when, always through a flurry of offers of buying and selling, the market congested, influencing the behavior of the counterparties. It is clear that these are all situations in which the "firepower" of the algorithm is used in an illicit manner. A manipulation at the time of the robots. Such behaviors were not (not) rare even in Europe. So much so that the EU directive on Market abuse made a list of the types of activities and banned them.

The phenomenon, in hindsight, had long since entered the crosshairs of the authorities that watch the markets. Piazza Affari has adopted a regulation in which sanctions are provided for by the ultra-fast intermediary which exceeds a certain level between the withdrawn and the executed orders (the so-called order to book ratio). The same MiFid2, entered into force at the beginning of 2018, provides more stringent rules for high frequency traders. A set of regulations that, according to various experts, has led intermediaries to more correct behaviors. Also because, beyond the possible sanction, the reputational risk is very high. In short: the present, especially in Europe and in Italy, might seem less complicated. However, although not very visible, the problem remains. The non-high number of registered cases is in fact also a consequence of the diabolical probatio. In other words, although the potential spoofing activities are graphically recognizable by the stock monitors, it is very difficult to prove the trader's fraud. Furthermore, the Brussels decision itself to identify, in the Market abuse directive, the different types of manipulation implicitly shows how the phenomenon has its relevance. An importance that, moreover, the recent condemnations in the US commodity lists have brought to the fore. But it's not just a matter of ultra-fast traders. The algorithm is exploited illegally in other situations. A few days ago a research concerning the use of Twitter was published. Scholars (Riu Fan, Oleksandr Talaver and Vu Tran) have analyzed over 49 million "chirps" (between August 2015 and July 2017) reported to companies of the Ftse100 in London. They extracted those made by robots and found that the tweets could, negatively or positively, influence the volatility and volume of the titles mentioned in the messages. Not only that: even for only about 30 minutes, the same prices could be influenced. Is it surprising? Absolutely not. Another pool of scientists, this time Italian, has found anomalies always on Twitter. The experts, within the EU SoBigData project, have x-rayed millions of "chirps". On the one hand, it emerged that in several of these, concerning important American listed companies, other securities of lower value were cited; and, on the other, on the other, that these tweets were "retweeted" many times and in no time by the robots. Algorithms that, amplifying the echo of the "chirps", made interesting the small cap hooked to the best known titles. The target? Scientists do not give answers.

A hypothesis, however, is very popular: the will is to exploit the hyper-technological ecosystem of the stock exchanges. The price lists, especially in the US, are a land of conquest of automatic traders. Systems that, above all thanks to artificial intelligence, also monitor information flows to "define" the sentiment of social networks. It is clear that, when there is a peak in retweet, Artificial Intelligence (Ai) signals change. A change of sentiment that, this is why the link with the most important titles, would not be perceived compared to the minor actions. On the contrary: the citation of the small cap in the "chirping" that regards the title monitored by Ai, can allow the action itself to enter the radar of automatic traders. Which, hypothetically, can take a position on information that, however, is wrong. Modified, precisely, by the robots that have made the thousands of retweets. In short: the robots are increasingly used to manipulate information on the markets and, ultimately, the stock exchanges themselves.

Fantafinanza? Not exactly. Technology, as Tom C.W. Lin associate professor in law at Temple University Beasley School of Law, is a powerful mechanism for achieving the "new market manipulation". And not from today. Lin, in his study, recalls that without using robots "in the recent past there have been many episodes of misinformation aimed at altering" the price lists. Among others: the hacker who, in 2013, infiltrated the Associated Press's Twitter account to revive the false news of an attack on the White House (the markets made a splash); or the fake proposed acquisition on Avon and Rocky Mountain Chocolate "strung", even, in the electronic information system of Sec. O, again, the illegal group identified by FireEye. The latter is an interesting case. The cybersecurity company, on the recommendation of a client, was able to discover an organization (called Fin4) that, over the years, had targeted more than 100 realities: from listed companies, especially pharmaceutical companies, to consultancy firms and offices Legal. Fin4, on closer inspection, did not "infect" its victims with computer viruses. The goal was to capture passwords and username. All to acquire confidential information that allowed Fin4 to acquire, evidently, an advantage in the trading activity.

In short: the technological challenge glove has been launched. Regulator and watchdog have collected it. In the United States, the Sec has launched the Midas and Net programs for several years, which allow us to better understand and contrast market distortions through data analysis. In general, both on the technological and regulatory front, progress has been made. And yet, as Lin points out, "the lack of sufficient resources can allow" the new hi-tech thieves to always be one step ahead of the guards. 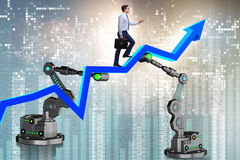