Why a Global Financial Crisis is Coming Soon

The question is not whether a financial crisis is due soon, but rather just how soon it is due & how bad it will be. I believe that the next recession is coming soon and will most likely occur sometime during the range of Q1 2019 - Q1 2020 and it may not be pretty. There are alot of global factors to discuss but for the purposes of this article, I will mostly discuss US factors and some China factors since they are the two largest world economies in the world and can quickly spread ripple effects throughout the global financial markets shall they face heat.

Like all bubbles that inflate very dramatically, our stock market is bound to pop soon. The S&P 500 has risen 380% and the DJIA has risen 350% from All time lows in March 2009 (Right after the Great Recession) to all time highs in January 2018. Our stock market has more than tripled in valuation in the last 9 years without a significant correction. During the Dot-com bubble, the stock market had risen 417% from 1990 to 2000. Of course this preceded a bear market and an economic recession. The tech sector has been doing especially well and Silicon Valley Titans have enjoyed hefty valuations. It is interesting to look at the case of the beloved FANG stocks and their dazzling 3-yr performance which everyone is loving at the moment. These companies are becoming monopolies and have heavily disrupted business models and our society. Facebook dominates Social Media, Amazon is killing Retail, Netflix killed Blockbuster & Google is dominating Internet Search. 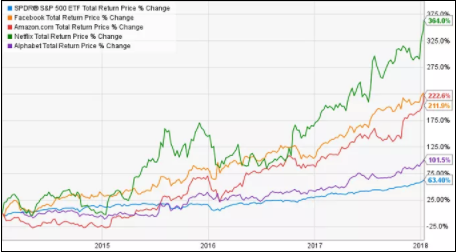 The problem with many Silicon Valley Tech Companies is that they are losing trust because of data privacy concerns and the fact that they are misusing customer data. We have just recently seen how Facebook has come under fire recently for the Cambridge Analytica Scandal and how Mark Zuckerberg's senate testimony hearing raised alot more questions than it answered. How can Facebook restructure their business model, if their entire business concept is centered on targeted advertising and user profiling? How will this investor uncertainty, distrust and possible government regulation affect the performance of these big tech companies in the future? 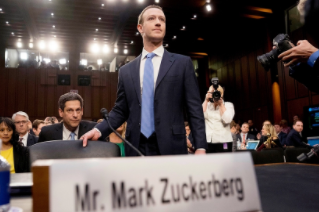 I don't think they are currently overvalued, because these companies have become monopolies, however I do think that management and investors should be in for a shock. I think alot of valuation will be going towards utility tokens (cryptocurrencies) that follow decentralized models giving users control of their data, monetization rewards & respecting their privacy. The federal government has a problem - it's currently planning for large tax cuts while it has a large budget deficit and national debt due to it's fiscal irresponsibility. This isn't any one President's fault, but it is worthwhile to note that our previous two administrations collectively increased our national debt by 67% from 7 Trillion to around 21 Trillion. Bush & Obama had a hefty bailout package for banks deemed too big to fail (during the housing market bust & global financial crisis), increased defense spending (War on Terror - Iraq & Afghan, Arab Spring Uprising, War on ISIS), increased tax cuts & boosted welfare programs (Medicare & Food Stamps etc). Keep in mind, however, that these two presidents had to deal with the fallout from the financial crisis and the war on terror (although certain actions the presidents took in regards to budgeting decisions may not have been the best for the long-term health of our nation's economy & going into Iraq was questionable). The United States is the only country where the public debt-to-GDP ratio is forecast to go up, from 108 percent of GDP in 2017 to 117 percent in 2023. 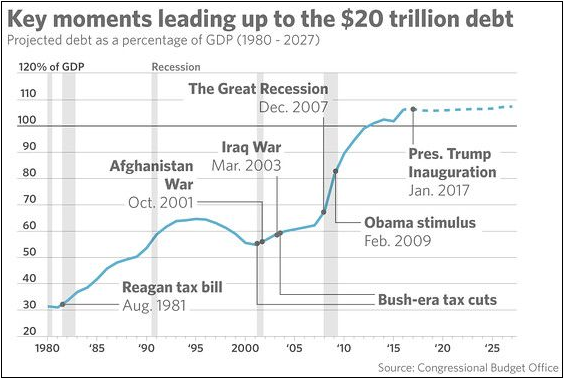 However, it's not just the US which has a major debt problem, but alot of other countries and the world economy itself. Global debt came in at a record $164 trillion in 2016, amounting to 225 percent of the world economy's gross domestic product, according to the IMF's April Fiscal Monitor. That level of debt was 12 percentage points steeper than the last historic high seen in 2009 immediately after the global financial crisis. And China is leading the world in debt and risky lending practices known as "Shadow Banking".

China's borrowings soared to about 264 percent of GDP in 2016 from 163 percent in 2008. Local governments have borrowed about $4 trillion and used off-balance-sheet borrowing to fund dubious real estate or infrastructure projects. According to the Financial Stability Board, Chinese companies accounted for $7 trillion of $45.2 trillion or 15% in total global shadow-banking assets tied to the supply of credit that could pose systemic risks to the world economy. 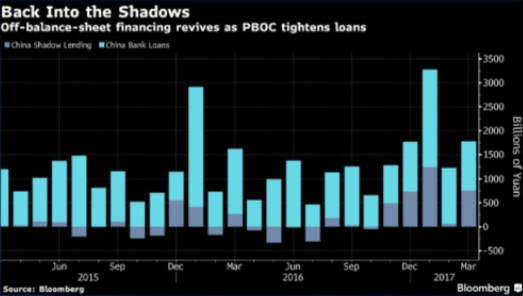 The economy has been doing great this past year. From the stock market more than tripling, to very low unemployment at 4.1% & wage increases outpacing inflation. Now led by Chairman Jerome Powell, the Fed is tightening monetary policy, wants to raise interest rates three times in 2018 & has lifted the Federal Funds Rate to 1.75% in order to put the brakes on for an economy that seems to be accelerating at a faster pace and overheating since a near-decade of quantitative easing and ultra low interest rates (after the Great Recession).

When the Fed raises interest rates for the purpose of curbing future expected inflation (note that interestingly, we have low inflation under the Fed's 2% target, even with a booming economy) the problem is that if not timed perfectly, the economy could head into a recession. Since there are also fears of a trade war with China which I will speak more about below, the Fed needs to tread carefully as it almost always has to. 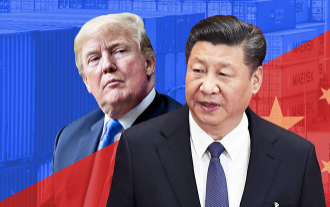 On April 3, the Trump administration published list of 1,300 Chinese products worth $50 billion to be hit with 25% tariffs(in addition to $3 billion worth of goods affected by steel tariffs) pursuant to allegations of China’s unfair practices related to technology transfer & intellectual property theft. Washington reports a trade deficit with China at a record $375.2 billion, a number Trump cites often for his case of "being tough on China".

China has said it will retaliate with 25% tariffs on 106 types of U.S. products of roughly equal value: $50 billion. In direct reaction to this, President Trump instructed US Trade Representative Robert Lighthizer on April 5 to look into the possibility of an additional $100 billion of tariffs. It remains to be seen if Lighthizer will deem such measures appropriate — and what China’s response will be in case these tariffs will be made official.

Both countries’ announcements represent strategic choices. The US tariffs are targeting biomedicine, aerospace, and clean energy vehicles (known to be key components of China’s “Made in China 2025” strategy). US tariffs on these products could have a big impact on the future strategic planning of the Chinese economy and competitiveness. The Chinese retaliation targets mostly high-profile U.S. industries such as civilian aircrafts, engines, equipment; soybeans, sorghum; and passenger cars. Taken together, the first two are the two biggest and most important U.S. exports to China, accounting for close to $23 billion of a total of roughly $130 billion in US exports to China in 2017. China has also slapped a 179% charge on US sorghum imports. Squeezing the sorghum trade could also hurt America's rural economy - particularly in states like Kansas - where President Donald Trump has a lot of support.

"Mad Money" host Jim Cramer laments the latest pickup in the U.S.-China trade war and argues that not enough stocks benefit from the conflict. Cramer argues that escalating tensions won't help the stock market or economy in the near term & I have to say that I certainly agree with him on this one!

The yield curve is the difference in the compensation investors are getting for choosing to buy shorter or longer-term debt. A yield curve goes flat when the premium (spread) for longer-term bonds drops to 0 and the rate on 30 yr bonds is no different than the rate on 5 yr bonds. If the spread turns negative, the curve is considered “inverted.”

When the majority of investors think inflation will increase (strong economic growth), they will demand higher yields to offset its effect & thus we will see a sharply upward-sloping yield curve to match their behavior and rosy economic expectations. An inverted yield curve, by contrast, has been a reliable indicator of impending economic slumps, like the one that started about 10 years ago. 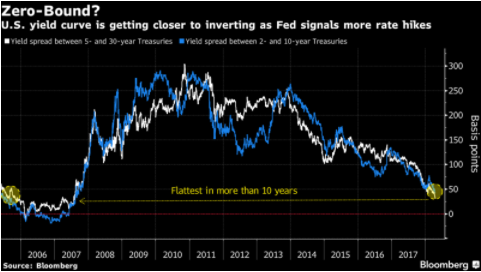 You should "justify" this post. It would be so much easier to read.

Done! Thanks for advice, will do it from the future as well :)

Well done at the quiz today!

Congratulations! This post has been upvoted from the communal account, @minnowsupport, by Daddyku from the Minnow Support Project. It's a witness project run by aggroed, ausbitbank, teamsteem, theprophet0, someguy123, neoxian, followbtcnews, and netuoso. The goal is to help Steemit grow by supporting Minnows. Please find us at the Peace, Abundance, and Liberty Network (PALnet) Discord Channel. It's a completely public and open space to all members of the Steemit community who voluntarily choose to be there.