Is GoT Season 7 the best season of Game of Thrones yet? 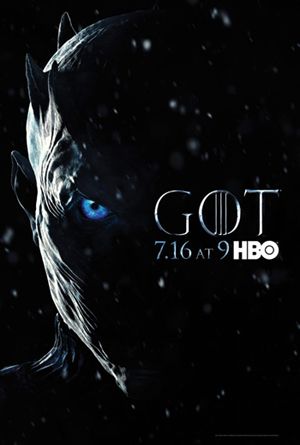 Is Game of Thrones Season 7 the best GoT season ever? The show's Season 7 is off to a great start and has not waned since -- in fact its getting better. Truth be told, after I watched the episode where Dany rode Drogon to burn the heck off her enemies (particularly the lame Lannisters and traitorous Tarlys), I remember or rather can imagine my boastful American friend literally saying "Dis S*** is getting F***ing REAL!"

All right, I have to calm myself. My apologies for the introductory paragraph. Obviously, I am ecstatic and overly excited after watching the latest episode of Game of Thrones Season 7-- that of course would be episode 6. Although there have been rumors circulating that the script of GoT S07 episode 7 has already been leaked, I would wait until episode 7 officially airs locally here in our country (I am awesome like that you know -- staying legit and playing by the rules).

Moving on, please be advised that this post is not a review of the Game of Thrones HBO television series. Instead, this post aims to defend why GoT's Season 7 has a good fighting chance of becoming the best season (evah!!! or maybe just as of posting time) of the popular TV hit series. Anyway, without further ado, let us look at some of the already known facts.

Season 7 started with a strong Impact Okay, first off, GoT Season 6 finished with Danerys Targaryen amassing her Unsullied army and Dothraki horde to invade Westeros. So naturally, the first episode of Season 7 will start with Dany arriving in her Westeros birthplace -- Dragonstone. The first episode also hosts a variety of events that will surely make fans glued to the series: there's the introduction of a new antagonist in the form of Euron Greyjoy; the Hound finally embracing his good side and joining the team fighting the good fight; Arya finally gets a much deserve revenge for the Starks and the North when she slit the throat of Walder Frey and poisoned a lot of his men; Jon Snow showing authority and standing firm on his words which should expected of a King; a Giant in the ranks of the white walkers; etc...

To make things a little bit more juicy, all the nice things mentioned above only happened in GoT's episode 1. But of course, the good things doesn't stop at episode 1. Game of Thrones' Episode 2, 3 and the rest are equally explosive (if not more). Let us just say that unlike other GoT seasons (well, maybe except for Season 1), Season 7 will make the fans excitedly crave for next week's episode. 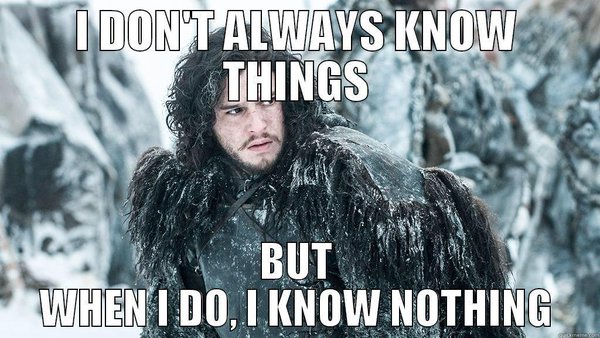 Remember when people use to say that Jon Snow knows nothing? Some would say that it is a joke of sort since he does not have a clue about his true parents. For the past few years, a lot of speculations have been circulating around the back story or history of Jon Snow. But what is more than the speculations are questions -- and below are just some of the common questions discussed by millions of fans around the globe:

Is he really the bastard son of Ned Stark?
Who is Jon Snow's mother?
Why is Ned so protective or cared so much for Jon Snow?
As mentioned, above are just three of the questions discussed and debated by GoT's legions of fans and audience. Naturally, theories have emerged from these questions and it appears that Season 7 will finally have the final say on what speculation checks out and what is just pure nonsens.

Anyway, as a Game of Thrones fan, I have one theory that I favor because it does make a lot of sense -- and that is Jon Snow is the love child of Rhaegar and Lyanna. The signs are so obvious that it is already out in the open. I mean, it is there, like a football in an open field. But alas, We will just have to wait for the final episode (episode 7) to see if theory becomes truth. Let's admit it, one of the best things in Game of Thrones are the epic battles. There's the siege at King's Landing by Stannis, the Battle of the Bastards, the Red Wedding, etc... However, unlike previous seasons, Season 7 is just full of it. It is like in every episode, there is a major clash that is bound to happen. There's the fight to capture Castelry Rock, the sacking in the Reach, the mission to capture a Wight, etc...

In previous Game of Thrones seasons, an epic battle usually occur right before the end of the season. There is this certain build-up of something awesome is about to happen making the fans eager to wait and see on the latter part of the season. But not in Season 7 -- although there have been epic battles one right after the other, they are carefully crafted that makes fans wanting more. 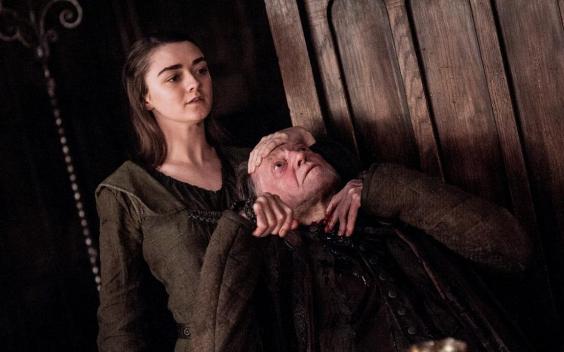 GoT Season 7 is also the start of the looming demise of those characters who have, in one way or another, have brought injustice or cruelty to others. There's the ironic deaths of Olenna Martyll, Walder Frey, the Sand snake sisters, etc... And we are not talking about some simple deaths, their deaths are truly tragic but might bring some spiteful joy to those who hated their guts due to the atrocious misdeeds that they have inflict on others.

Personally, I would have to give kudos to these villanious characters. The actors and actresses gave outstanding performances that is good enough to sway the emotion of the audience. Special mention goes to the portrayal of Joffrey Baratheon, Littlefinger, Theon Greyjoy, and Ramsay Bolton.

Season 7 is fast becoming a favorite season among fans. I for one would put it 3rd on my list of favorite seasons -- with Season 1 and 2 grabbing the top spots respectively. Here's a trailer of GoT's final episode (episdoe 7)

Additionally, given the overwhelming success of Game of Thrones, here's wondering if the series (or book for that matter) would transition to film. Although, compacting the massive story outline to theaters might be a great challenge, it would still be interesting to see if that will come to past.