The Hardfork Series and The Future of Filmmaking [Part 1: Crypto Funding] 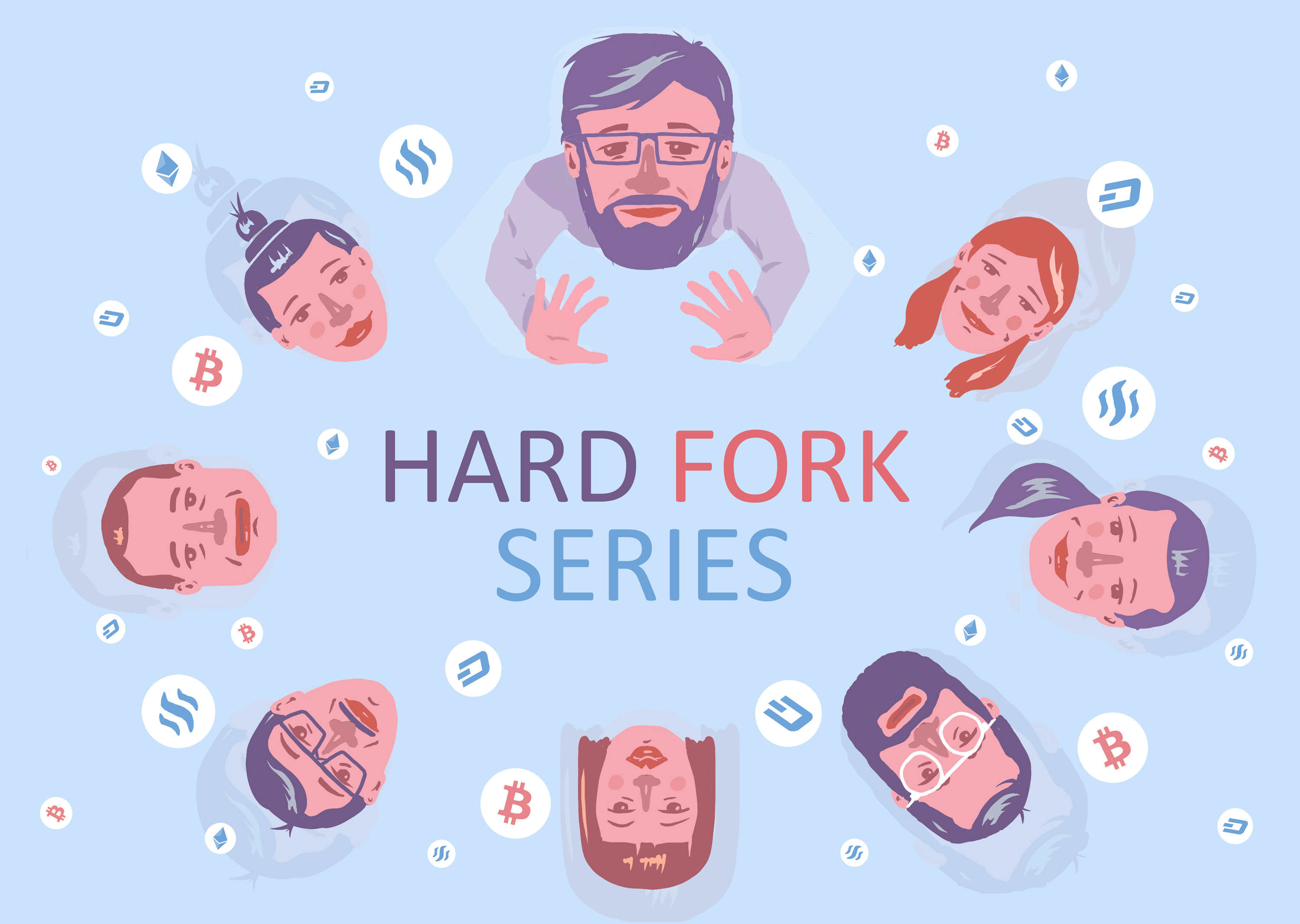 The illustration above was produced by artist @zsolt.vidak specifically for this article. You can see his original process and work, here.

In this interview we are joined by Hardfork co-creators; Doug Karr (@dougkarr) and Eric Vance Walton (@ericvancewalton). Karr is an award winning Director based in New York, and Vance Walton is an acclaimed poet and novelist based in Minneapolis. The two have teamed up for the purpose of establishing a disruptive new precedent for the filmmaking industry. Their series "Hardfork" is not just a sci-fi dystopian film inspired by blockchain technology, it also challenges the traditional norms with respect to how films can be created and funded.

This interview has two parts. In Part 1, we'll be learning all about Hardfork's unique process of cultivating an audience and leveraging that audience to crowdfund with cryptocurrency.

@creativecrypto (TCC): Tell us about your project; The Hardfork Series. What is it and how did it come about?

@dougkarr + @ericvancewalton: The HardFork Series is is a crypto-noir thriller set in a near future world (2035) where decentralized factions work to overthrow their society's centralized totalitarian regime. The project was born in the summer of 2017 when the core team was formed on Steemit. Since then the project has expanded to be much more than a series. We’ll be elaborating on this a little more in the coming months on Steemit.com.

TCC: What does the traditional process of fundraising and building an audience in the film world look like today?

@dougkarr + @ericvancewalton: How these types of projects typically work in Hollywood today is you come up with a idea for a feature film or series and toil away on the series script, "Bible," etc. If you’re lucky enough to sell the script to a studio, then you’re embroiled in what could be years of rewrites and testing. IF the project goes into production (often they don’t), the end result is rarely close to the original vision but oftentimes a homogenous vehicle that follows a set formula proven in the past to make money for the studios. In this traditional model the studios handle marketing.

This traditional/centralized model is the antithesis of what we wanted for HardFork. We care about the artistic integrity of this project and its message so much we decided to take the decentralized fundraising route so we could retain full creative control. Our target sponsorship demographic are coin teams and individuals who already occupy the crypto/blockchain sector. This is a group of individuals who care about the technology as much as we do and will benefit by HardFork getting made “the right way”. TCC: Tell us about the process of audience building through the cryptocurrency Steem and later integrating into the crowdfunding world of Dash?

@dougkarr + @ericvancewalton: Audience building on Steemit was organic and fun. A few of us on the HardFork team were Steemit members from almost the beginning of the platform so we had already established somewhat of an audience. Steemit was the incubator of the project and we raised enough to fund the teaser trailer, which we debuted at SteemFest 2 in Lisbon. The Steemit community stepped up to the plate very early, contributing ideas and support from day one.

In regard to Dash, we were all new to their community so it was a different situation. Once they got to know more about us as a team, the commitment we have to our project, and our aim to represent their technology in accurate and creative ways, they began get behind our project and got really excited about it. 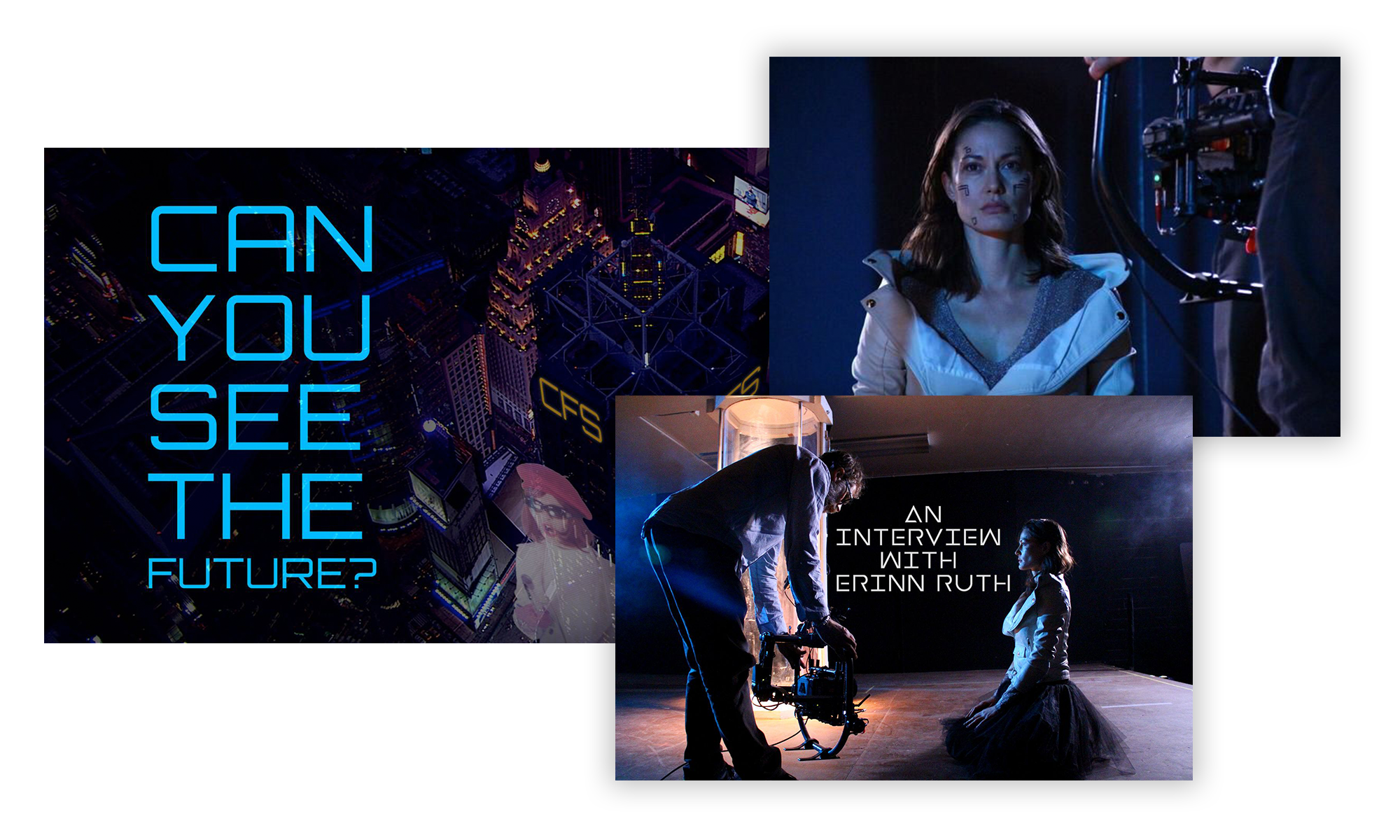 TCC: What was your experience with Dash’s crypto-crowdfunding and governance process?

@dougkarr + @ericvancewalton: The Dash governance process is ingenious. A percentage of the Dash mined each month are set aside to fund projects that forward the cause of Dash in some way. Each project proposal is voted on by Dash’s network of masternodes and if it’s not spent, it’s burned so there’s a built in incentive for masternodes to actively participate.

We didn’t find the Dash proposal process to be an easy one, but that’s understandable considering the amount of money they give away. There’s a learning curve even to the submission process, which costs the submitter five Dash. Once the proposal is submitted, then you must actively campaign to win the community over.

They truly made us work for each yes vote we received. For almost two weeks our team engaged the Dash community on Discord, the Dash Forum, made countless videos, and conducted interviews. We ended up making some real friends/allies in the Dash community. It was a nail biting photo-finish. We didn’t achieve enough “yes” votes to pass until about fifteen minutes before the voting window closed and we were actively campaigning until the very end. As a result of this we ended up learning way more about Dash than we otherwise would have and we’ll be able to represent them much better in the series. We also appreciate it way more because we worked extremely hard for it.

TCC: Based on your experiences with Steem / Dash (and others) what is the impact and future of this kind of crowdfunding infrastructure?

@dougkarr + @ericvancewalton: We feel that crypto-funded creative projects will become the new norm in the very near future. Many of the gatekeepers of the old world will be eliminated from the process by blockchain.

Creative professions will be among the last artificial intelligence will be able to master, if it all plays out like we think, the result will be a true renaissance in the arts. The HardFork Series team is proud to be amongst the first professional-grade television series to take this decentralized sponsorship path. It’s been our goal from the beginning to document the process of how we’re doing this so other creatives can follow in our decentralized footsteps.

Thank you to Doug Karr (@dougkarr) and Eric Vance Walton (@ericvancewalton) for taking the time to speak with us about The Hardfork Series. Stay tuned for Part 2 of the Interview, coming soon!

If you are interested in learning more about The Hardfork Series, make sure to keep track of the project by exploring the project details, below:

Want to know how big this is getting? Check out this article about The Hardfork Series.

Thank you so much for this fantastic and thoughtful interview! And congratulations on the fantastic new @creativecrypto publication!!

yay!!! Such a great project with such great people and I can't wait to see this come together in form.

this important informations very important for me, am start filmmaking so its very help full post thanks to share

Thank you very much for the opportunity to talk about @hardfork-series!

WOW, I am super excited to see that another film team is using the blockchain to raise money and find an audience. I am going to follow these guys and their project.

This is very impressive. I feel like reading this all over. I'm encouraged as an artist in the industry of filmmaking. The cryptocurrency compound has personally altered my life financially, now I'm even more excited to what the blockchain is going to do to me professionally. When can I watch Hardfork? Will it ve launching on Dtube? You guys are amazing @creativecrypto! Your squad is on fire!

This is so cool that Hardfork is the first of it's kind in this type of funding! Good Work!