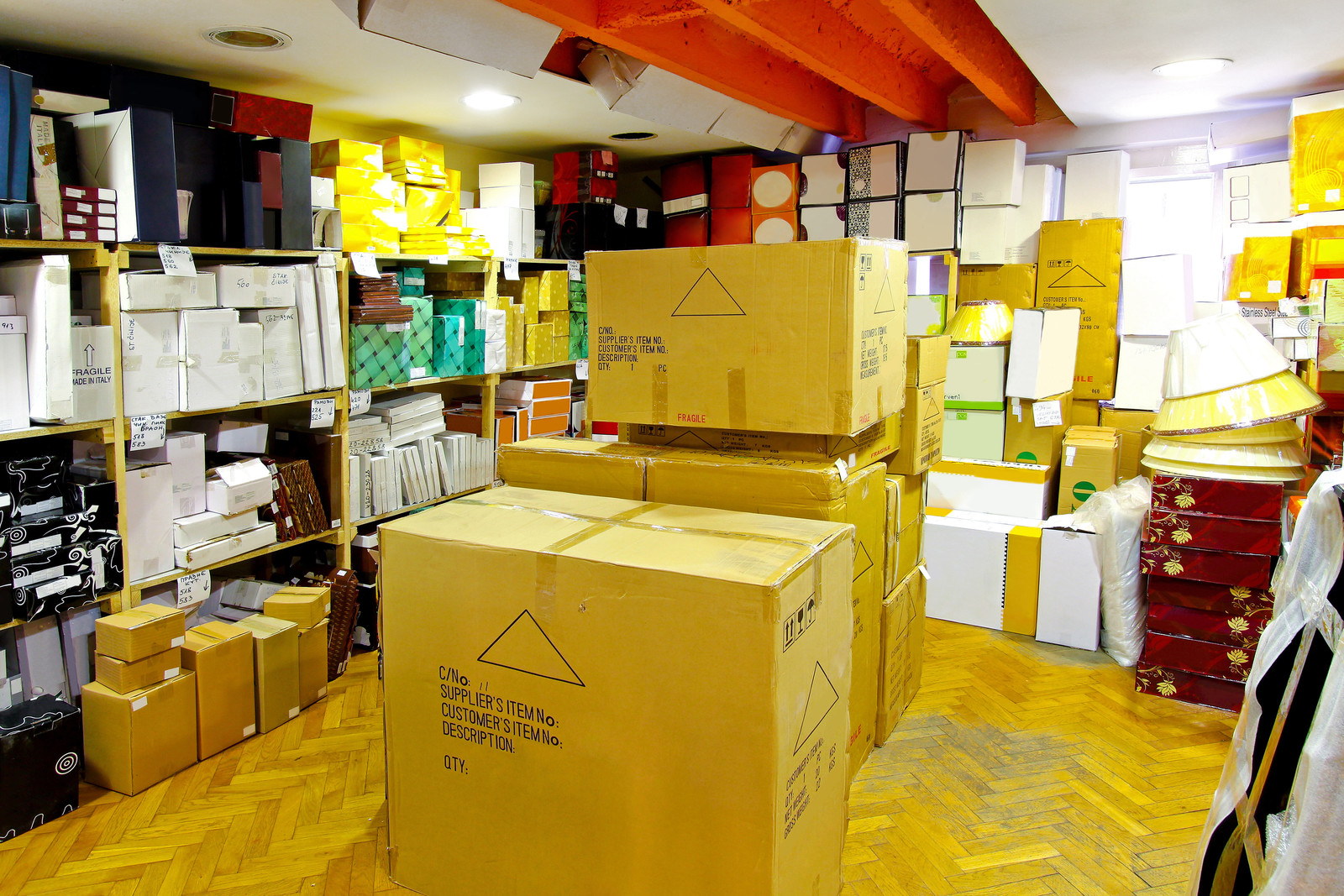 "I have heaps of stuff I use and need. I've even got them sorted and stored. So Why do I have to go back and buy stuff?" No matter what you do for a hobby this happens. -- Knitnan

There is an old saying: If you want to fill a space, get a hobby.

It doesn't matter what the hobby is, be it something big, like model building, or something relatively small, like handicrafts. Sooner or later... it happens. SABLE. Stash Above and Beyond Life Expectancy. And it gets much, much worse when interests cross-pollenate and the hobbies multiply.

Rael looked at the storage unit with what could be called a sinking heart if he actually possessed such an organ. He had done floor-to-ceiling clean-outs before, but this was the first with the JOAT who assembled it assisting. "I can see why you're paying me a Month Plus on this one," he said.

"It... got a little out of control," said Jerrin in a typical show of N'Ozzie understatement. "Now I can't find anything and I keep buying more stuff, and there's nowhere to put anything... and... yeah. I figured this would be easier before it started taking over my house."

At least Jerrin was more ahead of things than the average JOAT. He thought guiltily of a few 'spare time' projects lying around his own domicile that had almost transformed into furniture of a sort. They were still projects in progress, but they were also handy things to put things on 'just for now'. He really should do something about that. After he did something about this.

"Is your ideal strategy a yard sale or a fire sale?" he asked. Yard sale clearance strategies eliminated all the duplicates. Fire sales... well... the motto was, Everything Must Go.

Right. Sort, organise, minimise, and place the rest in the Honour Markets. And since the owner was 'helping' - an exercise that came with a great deal of unnecessary returning of things previously deemed superfluous - he could expect to hear a lot of the stories behind the thing.

Once again, Jerrin didn't quite fit the expectation. Ze told the stories, but acted in a rational manner and placed the things that would never get done into the 'sell on' pile. Duplicates were sorted on the basis of keeping the best one for Jerrin and moving the rest to the Markets, as was completely traditional. One JOAT's 'best' tool was another's 'horrible' one. So the odds were in favour of the spares finding a new home.

As for the scrattle... the little bits and pieces that could have come in handy, once upon a time... They were sorted according to kind and discipline -if they had just one- and hauled in wholesale lots to the Markets.

It took a couple of weeks, plus some of the more interesting items from the menu of Deep Fried Eat that Rael couldn't regularly afford, to clear the space down to seven reasonably large shelves with neatly labeled boxes.

Jerrin was impressed, but paid the Month and a gift card for Deep Fried Eat as promised. "Everything where it should be," ze sighed.

"I can't wait to go shopping for my new projects."