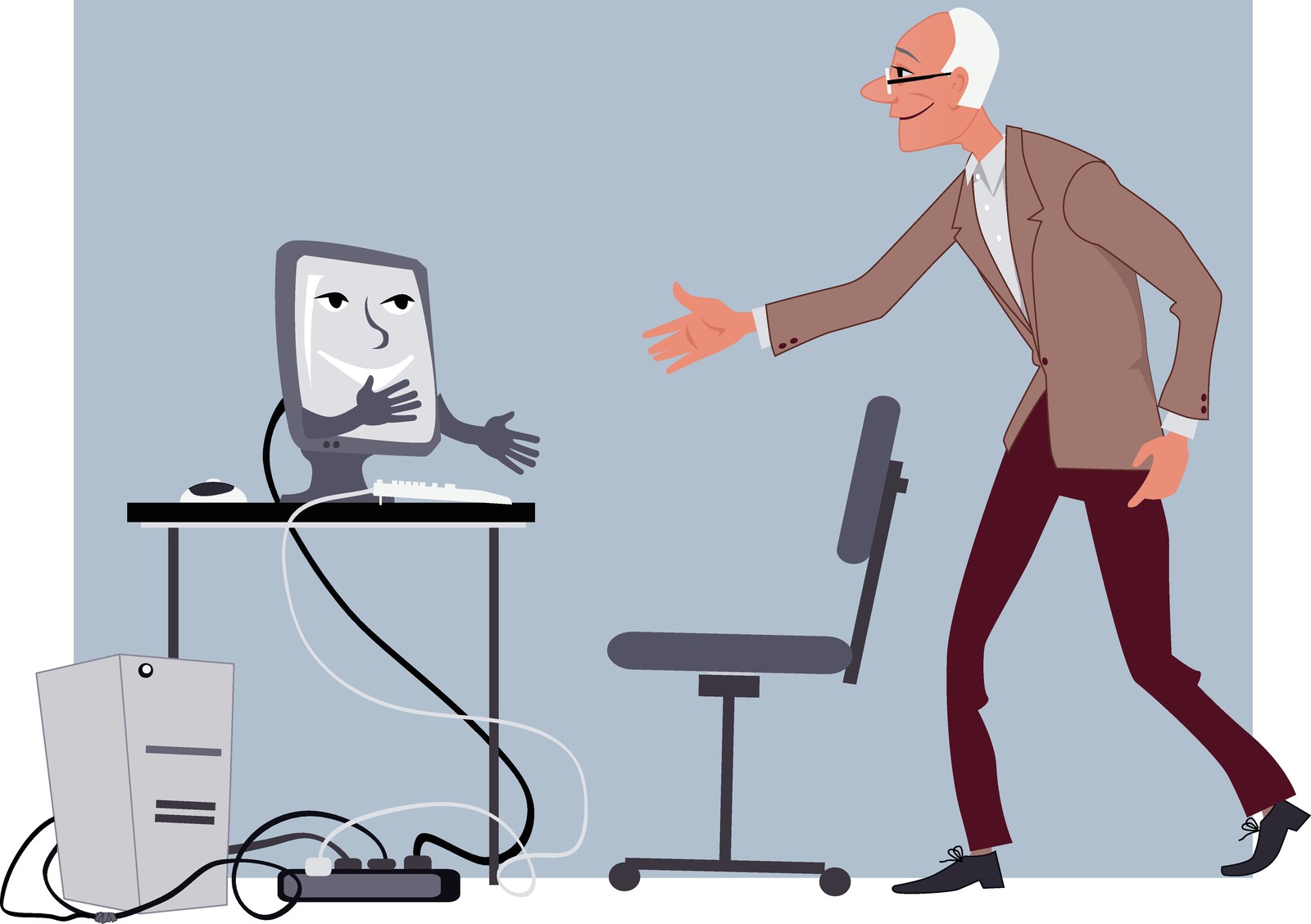 A technomancer/techwhisperer who isn't sure that this whole 'machine spirit' thing is any more than people anthropomorphising complex devices that are still just machines, but is usually nice to them anyway. In an unwise moment possibly brought on by a stimulant or fatigue high, improper following of their med regime, when nervous, or possibly all of the above, in front of people they insult their personal machine and say they don't have to be nice to it, all computers like them anyway.
And then they spend the next while experiencing small irritating glitches. Not just from their personal machine, but from all computers they use. Nothing catastrophic, just things that cost some time and effort to fix, or to redo a bit of lost work. And it may be their imagination, but is it slowly escalating?
And despite still not being sure if they believe in machine spirits and that isn't all just confirmation bias, they start to think of how to make it up to their machine. -- RecklessPrudence

Some people are absolute geniuses with technology. Some just have to be in the same room for the technology there to hum along with its programming as if the Angels had come to ensure it. Some just have to say, "I'll take a look," and the machine in question suddenly behaves as if they've realised that the teacher is looking over their shoulder, or the police car has appeared in the neighbouring traffic lane. Some people are just magic with computers.

Those people are taken into the Order of Technomages, and taught all kinds of interesting things. Including the philosophy of Digital Animism. The Nae'hyn believe that technology acquires personality, personality grows a soul. And anything with a soul is alive. They are, of course, the most common teachers of Digital Animism. And the most ready of students.

But every generation, there is one or two that refuse to Believe. The machines end up teaching them.

Olis didn't really believe in digital souls. He thought the entire premise was bunkum. Primitive belief revolving around confirmation bias. People who believed it were still living in the twenty-first century or even earlier. Sure, it worked really well for the Gravity Generators and Engines, but sooner or later, someone smarter would pierce that cloud of mysticism and hocus-pocus to reveal the actual science underneath.

To that end, Olis kept a journal of incidents both positive and negative. Backed up on non-corruptible flimsy, of course. Lest someone hack it behind his back. Believers could be scummy like that.

And then came the day that he yelled at his personal unit in public. Just a few obscenities and a level six insult about its heritage. The Master-Supervisor chided him. "Prentice Olis. It is not acceptable to verbally abuse your personal unit. Be kind to machines and they will be kind to you."

Olis scoffed. "Machines are things meant to process data. It can't hear me yelling insults at it. I'm genetically good at handling them and how I treat them is not any kind of important factor."

The Master-Supervisor sighed and shook her head. "You will learn." And then she said no more.

What followed was... weird.

It took Olis longer than usual to unriddle the chief problem they had arrived to fix. And three goes at it before it worked. His personal unit took longer to process any commands and diagnostics. It took days to defragment. And yet, there was still considerable lag.

Olis ran diagnostics, upgraded all its innards, even swapped the case out for a new and flawless model in case "case curse" had somehow hit. And yet, it was still laggy. It had random bugs. It was... stubborn. It was... sulking?

Olis hated to use animistic terms, but they fit. They actually fit. And over the next passage of months, the phenomenon spread to machines he was supposed to be helping. They got... cantankerous. Obstinate. Argumentative.

Of course he logged it all. And reading back on six months, he discovered an escalating pattern. Running parallel to a downturn in his grades. Digital Animism was a real thing and it had backlash.

"I'm sorry," he told his personal unit. "I'm so sorry. I was stupid about believing in your soul. I've learned my lesson, okay? No more yelling at you. No more cussing you out. I promise."

His machine brought up a text file. Started writing something. Very slowly. This, Olis surmised, was his zen yoga lesson.

The glitches ended the instant he posted, "Digital Animism is real. Machines have feelings. And souls."