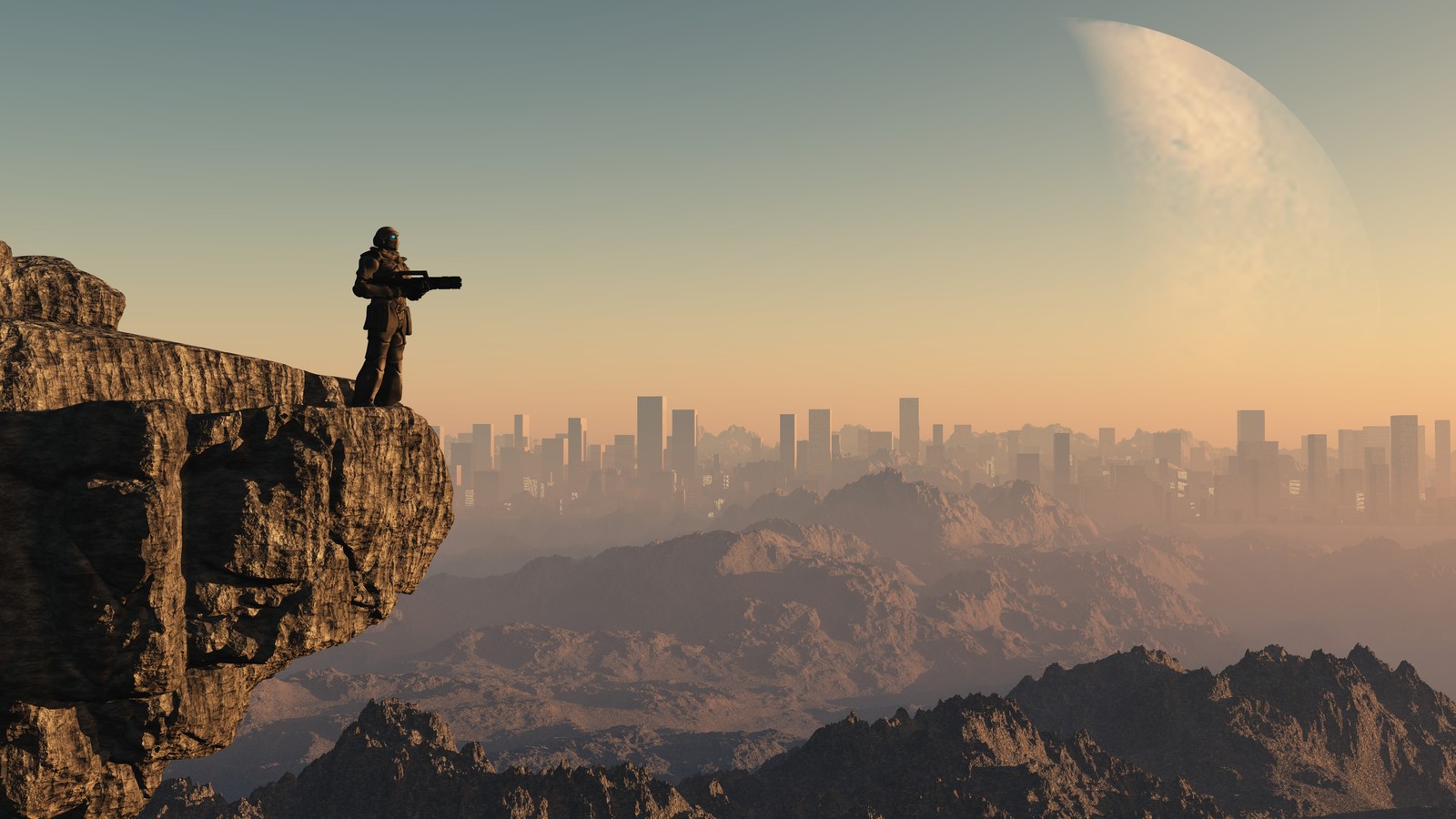 http://marlynnofmany.tumblr.com/post/156605690661
Aliens that do not understand how well humans can mimic some noises. -- Gallifreya

When headed into uncharted, or barely charted territory, when facing danger, it is best to have at least one human aboard your ship. Yes, they are frightening deathworlders, but they also understand this and endeavour to be less frightening so they can pack-bond with you. They are also, and the K'veth are discovering, prone to annoying pranks.

Bob could impersonate any noise on the ship, and used that frequently for 'laughs'. He was the most skilled at it, and could even do other crewpersons' voices. Thankfully, he was not good enough to fool the shipboard computer. He would carry on conversations with the Skitties[1] at random moments and, overall, was a pain in the K'veth's anatomy.

He even picked up more than a few choice phrases in K'vethi, despite allegedly having the wrong mouth shape to pronounce it. One of his most-used ones was, "I can understand more than you think, you know." Especially when other K'vethi were talking about him in an unflattering way.

The March of Progress was on a scientific survey mission to investigate habitable worlds, and most sampled creatures were to be brought home alive. Which lead, inevitably, to Bob carrying on conversations with predators, prey, and random things that made noises in what he could best approximate as their own sounds. He was, frankly, uncanny.

Which made him such a boon on Planet #56B6DSHJG89. The warrens of rocky outcroppings foiled their navigation HUDs and left the away team cornered in a cul-de-sac with a rather large predator blocking the only easy means of egress. The K'vethi huddled behind Bob, regardless, but this time, they urged their human forwards.

"Make the noises the little ones make," they urged. "It will think we're cubs."

"Or it could think we're holding cubs hostage," murmured Bob. "Not always the best idea."

Again, the team pushed Bob towards the beast. "Then converse with it. We know you can."

Bob sighed and handed his firearm to the chief medic in the team. "Hold this. You're on mop-up if this fails." He hunkered down as he moved forwards. Not making the noise of the little ones, but making the noise an adult would make to the little ones. A sort of musical, growling purr. He even mimicked the non-aggressive postures that the team had noted.

The beast stopped snarling. Stopped raising its hackles. It hadn't let its guard down, just yet, but it's attitude clearly said, What the flakk?

Confusion was far better than rage. Bob imitated the sidling approach of a lesser-ranking beast and added a few querying coos before extending a hand to the beast's nose. Let the creature investigate him as he stayed as still as a stone. And then Bob began to stroke the beast's fur, purring and cooing as he went.

There was a heart-stopping moment when one beastly limb wrapped around Bob and knocked him over, but since the human was laughing at the time, the K'vethi did not fire.

It took a space of minutes and some of Bob's terran delicacy called spam, but the ferocious beast once bent on slaughtering them all was now... almost domesticated. And it took quite a lot of convincing to make Bob allow it to return to the wild.

Nobody except Bob wanted to share the ship with a two-hundred-pound predator, no matter how often he protested that it was, "just a big, cuddly ole kitty-cat."

[1] Skitties are bio-engineered cats used for pest control. They are all maintenance-orange, regardless of gender, and have much more robust digestive systems than what we think of as 'normal' cats. Galactic society took one look at these small, flexible, and above all determined predators and found them inherently useful.