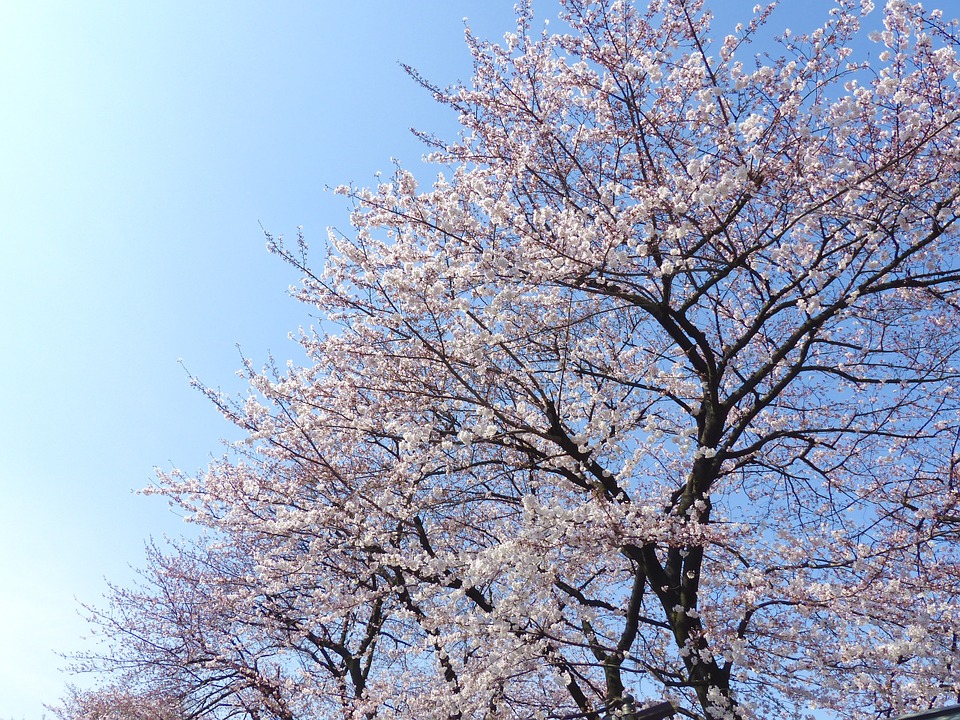 Summer in Hokkaido was unlike the summers I have known. In Singapore, so close to the equator, summers were hot and humid, the sun so fierce it glazed the world in subtle hues of orange. Here, the air was cold and crisp, so cool I had to keep my jacket on all the time. The light was different, too, framing instead of drowning, bringing out the blues of the skies and the greens of the earth.

It was the second day of our group tour. It had started on an evil note: a visit to Jigokudani, better known as Hell Valley. Hot springs and mineral-rich streams issued thick sulfurous clouds, choking the air and closing off lungs. The guide had explicitly warned off anyone who had respiratory ailments. I stayed long enough to snap a couple of photos before beating a tactical retreat.

The other highlight of the day's schedule was Noboribetsu Date Jidaimura. A theme park based on city life in the Edo period. Tokugawa had destroyed his rivals, uniting all of Japan. The shogun ruled the nation, while the daimyo retained their authority over their holdings. The ancient class system was rigid and ossified, the bureaucracy ruled all, and the way of the sword had come to an end.

Stepping off the bus, I followed the guide to the entrance. At the gate, figures of samurai with katana and armour stood next to greeters dressed in stereotypical all-black ninja outfits. A man and a woman dressed in period costumes stood at the gates, welcoming us in Japanese and English and Mandarin. They weren't completely authentic; I saw wires snaking to earpieces and radios.

The guide issued us our tickets. The greeters exchanged them for pamphlets. Glancing at the map, I stepped through the open gate and—

Summer had come. The days were growing longer, the nights warmer. Sweat soaked through my kimono and stained my haori. My hakama clung to my legs with every step. I was long used to it; I had walked countless ri in my ancient geta, and no doubt I would cover countless more in the cheaply-made wooden clogs. A familiar ache pervaded my muscles. I ignored them. My destination was in sight.

A city. A real city. Walls of unyielding stone stretched along the perimeter. The road—a paved road, built for carriages and horses—led to the sole gate that controlled access into and out of the city.

A pair of armed men stood guard next to the massive double doors. Both men carried yari in their hands, the shafts planted firmly against the ground. They wore simple iron helmets and chest armour, and under those they wore cheap shitagi and hakama. As I approached, they sized me up. I felt their eyes crawling across my face, down my clothing, and to my obi.

These men had many things I did not. Jobs. Homes. Maybe families. But I had two things they did not: a katana and a wakizashi worn by my side. The daisho that was the hallmark of the warrior class.

These men were ashigaru. Ordinary foot soldiers of common blood. In some domains they were considered samurai, in others they were not. Apparently, the local custom placed ashigaru beneath me.

"Good morning," I said. "Are you expecting trouble?"

"There are bandits in the area," the older one said. "We have been asked to reinforce the police.”

And where there were bandits, there was work for a man who lived by the sword.

"Sir, what is your purpose in coming here?"

"I seek employment," I replied truthfully.

Both men glanced at each other, barely hiding their disdain. If my cheap clothes and lack of a horse hadn't given it away, now they knew who I am. I was no true samurai, just a masterless ronin. A man with no place in society, doomed to an existence as ephemeral as the dewdrop world.

"The daimyo is not currently recruiting," the younger guard said, in a tone only a shade removed from naked disrespect.

"Perhaps there are other opportunities," I said mildly.

After a cursory inspection, they let me pass. I stepped through the gates, letting the road guide my feet.

It was like my mind had been transported to another time and place, leaving my body in modern-day Japan. Images and sense-impressions flooded my brain, superimposing themselves over my current experience. And just as abruptly, here I was again.

Was I imagining things? Or was that something else?

I grabbed my bottle and chased that thought with a gulp of water, but no new fresh insights surfaced.

Well, whoever he was, I could sympathise with the ronin. I was one too, in my own way: instead of two swords I wielded a laptop and a smartphone. I was presently carrying them on my person, the computer in my backpack and the phone in my pocket. Like him, I had no formal employer; I’d slipped into the nebulous existence of the freelancer since I completed my education, and had never left. I practice a blade-based martial art, and, no doubt, so did he.

Coincidence? Or something else?

The group was moving on. I could ponder the vision later. I followed them down the main road, where we queued up for a live performance. It seemed to be highly popular: ahead of me, dozens of young Japanese teenagers chattered excitedly, while behind tourists of all ages conversed in their native tongues. Others sneaked away to the smoking zone.

Studying the nearby buildings, a sense of deja vu descended on me. I had seen my fair share of similar designs: documentaries, encyclopedias, Age of Empires, Rorouni Kenshin. But this felt different. The gently curved tiled roofs, the oversized eaves, the heavy wooden support columns, the dimness that the sun could not banish. It felt like I had lived here, somehow, though I had never visited Japan before.

The performance was a reproduction of an Edo-era play. Everyone spoke in clear but rapid-fire Japanese. According to my brochure, printed in Japan’s world-famous Engrish, said that this was the story of an oiran and a court official. As she drank sake with him, her attendants remarked that the way he drank reminded them of the oiran's lover – who was another official. Instead of taking offense, her customer helped them get married. The locals seemed to like it. For everyone else, the main thrust of humor came from the man who played the customer — a hapless tourist who spoke not a word of Japanese, but gamely played along with the narrator's assistance.

At the end of the performance, to mimic Edo-era etiquette, the audience was encouraged to wrap coins in rice paper and throw them at the stage as a sign of their appreciation. As the money flew, a new image flashed through my head.

A bright morning. An elaborate wooden stage, raised above the street. A cheering crowd. A line of actors and actresses in full costume, bowing deeply. Paper fluttering through the air, weighted by metal coins.

I shook my head and took another drink of water. This was no mere delusion. This was something like... a memory. A memory from a previous life.

The next performance was at the ninja house. This one, the brochure claimed, told the story of an older ninja and a junior kunoichi. Having obtained vital information, they were taking refuge in a safe house — but the enemy was pursuing them. The first half of the performance was a skit. The Japanese laughed uproariously; all I understood was a small segment where the kunoichi drank her senior’s sake with gusto right after the ninja expounded its benefits. The second half began when the enemy broke in. The shinobi attacked the intruders, taking full advantage of the house's false walls, secret tunnels and booby traps. Here, physical humor transcended language, and the shinobi finally triumphed.

As the show came a close, another vision struck me. Nightfall. Lanterns lining the road, illuminating another raised platform. As an actress in an elaborate costume delivered her lines, burly men in black clothes hustled in the background. They were stagehands, their all-black clothing a sign that the audience should ignore them.

I needed to clear my head.

A shallow river ran through the park. A place where people could sit and rest by the water. There were no people, though. Just a pair of tame goats. I’d seen a similar river, in another time and place. Back then, I didn’t see goats. I saw…a cat. A woman. A ribbon.

As I framed that thought, the past crashed into my mind. 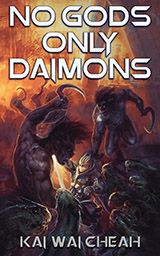 If you would like more fiction from the author, check out the Dragon Award nominated novel NO GODS, ONLY DAIMONS.