Hey look! Another list of demands! Why stop at 100? The article's subtitle ensures they didn't have to:

We've got more if you need them.

Some are laughable in their absolute logical contradictions. For example, attempt to mentally reconcile these two:

7.. Be kind to women in customer service positions. Tip them extra. (But not in a creepy way.)

9.. Don’t maintain a double standard for… anything, ever.

Other examples provided by the author lack logic, principle, or generally demonstrate a lack of understanding on why the issue occurs in the first place.

If this compliment is given to you by a man, you should absolutely take it as a compliment. There's a reason he likes that "you aren't like other women". Obviously the author (and women in general) have negative traits that she is overlooking and which men do not appreciate. Go be like every other woman. We will pick out the traits that "aren't like other women" and appropriately compliment them in hopes of incentivizing more of that behaviour/trait.

22.. How much of what you are watching/reading/listening to was made by women? Gender balance your bookcase.

According to my GoodReads account, I've read almost 650 books. Without doing the legwork to determine if my bookcase is perfectly sexually aligned, I can already tell you that anything written by Ayn Rand probably doesn't count in this author's mind. But 50 Shades of Gray probably does.

Espousing the principles of rugged Individualism should be right up this author's ally. Maybe a couple feminists should read the likes of Isabel Paterson, one of the three founding mothers of American libertarianism.

Overall, many of these are common sense and have nothing to do with sex:

This is an article written by somebody who is obviously bitter. I find it interesting that the feminist will claim they want “equality” but we are provided with numerous instances in this list where she talks about how women are probably better than men.

I leave you with this gem and a thought I had as I was reading this. Women are as powerful as men to do whatever they want to advance their careers, personal life and family. Do it. 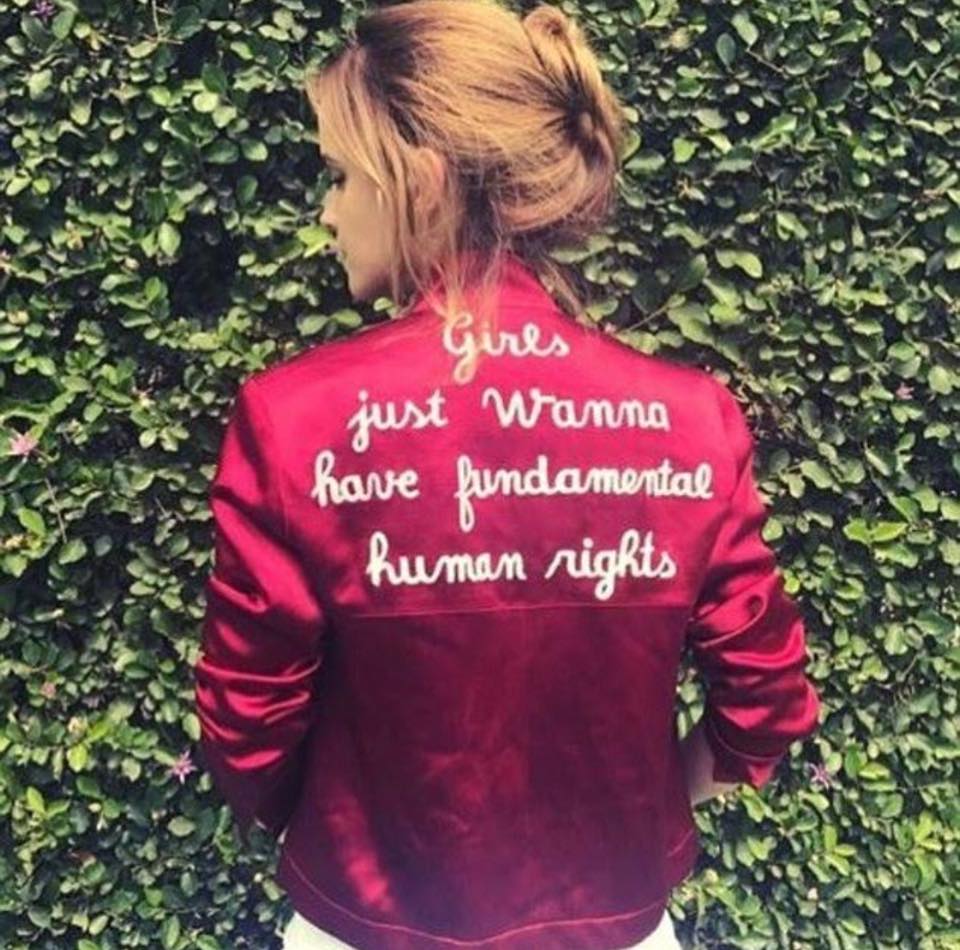 As a woman who has very often heard "you're not like other girls," I'm offended by her stance on #19 (I suspect underlying jealousy). It is a compliment, and the only person who wouldn't think so is someone who doesn't hear it, probably because she is unoriginal and unapproachable in her progressive man hating attitude. I don't think all other girls are awesome, and I don't want to be like the ones who wear vagina hats on their heads, for example.

These women seriously make me want to shake some sense into them.

I'm a leftie liberal. I am pretty politically correct, in a good way, not a petty, bullshit one. And I am certainly an advocate for actual feminism.

And this list appals me. I couldn't get through it. It's patronising, naive and childish. It sums up everything that is wrong with a good deal of modern "feminism", and damages the cause it is suppose to be promoting.

I don't know that I agree that the author must be bitter. I just think she is an idiot.

Agreed, she might just be an idiot or someone who gets paid for writing something, anything. And if it gets clicks? Bonus.

Reminds me of a recent book I read Trust Me, I'm Lying: Confessions of a Media Manipulator . Just write stuff to get clicks, gets people passionate, etc...

Well, to be fair to her, it seems to have worked!

I don't know about you, but nobody respects women more than me. Fact.

I feel the same, I'm not sure anyone respects women as much as I do. I want an open and free society that will allow them to be as successful as they want.

I am pretty sure this person means for every guy to buy a sex doll
and support the sex robot industry so that prostitution will become a thing of the past.

Yep, i am sure that is what this person was saying...

What nowadays is classified as feminism has nothing to do with classical feminism. Humans seem to botch every relevant idea, god/s know why. Look at political correctness the general idea was just to remind people to be bit less of the asshole without but not it has become the insane thought police. The same can be said about feminism. I in my youth was a classic feminist and in parts am still today, just don't use the label because the riffraff has made it a badge of shame. Classic feminism sought for equal rights. It seems to me however that modern feminism just wants to turn the ship around and subjugate men, that is as unacceptable as the subjugation of women.

The goal of an evolved humanity is a society where everyone is valued equally and is allowed to evolve into the best version of them self with support of the community. This means that if a woman wants to be a quantum physics professor, engineer, general, if she wants to excel at the arts or finds her bliss in home making and motherhood this should all be acceptable and supported. The same rules should apply to men though if a man wants to live out a traditional role great if he wants to choose a non traditional role equally great.

Don't get me wrong there is inherent inequality in our culture but it goes both ways and all of it needs to be cleaned up. Factually woman do make less money than men and are often overlooked for promotions . It is also true that there are fewer women in power positions, but it's changing. Slower than many of us would like but it is changing.
I often have to remind people that 47 years ago my mother needed a signed document from my stepfather to let me travel with her because in those days children like wives where in many ways considered the "property" of men. Classical feminism did change a lot and I am thankful for it as I personally would have died in a purely traditional role.

That being said this notion that one has to force people into submission of one's ideals and this insane overcompensating is making the problem worse not fixing it. Like the PC crowed that now has become the thought police feminists, or some of them seem to have become man haters . Truth is that this approach will just create a greater divide. Stop forcing people to stuff when it comes to their individual lives. Best example the gay marriage issue. In my opinion allowing gay marriage is a human right and it was long time to allow it. A totally different matter was the gay wedding cake issue. Forcing a person to serve you is not going to change mindsets, plus the guy is gonna piss in your cake batter or worse. Let people be misogynists , racists and general ass hats. Let them learn by the social feedback they get and the failing of their businesses. The same applies to feminism, sure protest, write letters and articles. but as long as someone is not coming into your space and encroaching on you own freedom and/or prosperity you don’t get to rule over them either.

And when it comes to equal rights it is seldom discussed how single fathers , or male homemakers are treated. Often they are ridiculed and off the bat dismissed as nurturers. They often have a lot less support and constantly have to endure people trying to make them feel like they are less of a man - not cool! Yes there are qualities and traits that generally are more found in one or the other gender , but it does not disqualify those who are more gender fluid and it should never be taken as measure of one's competency . One's actions and track record should. So yes the woman who wrote that article is a twat …

The author is INSANE. It is written so that NO MATTER WHAT YOU ARE WRONG- By Being Just Born a Man.