Most quotes written by famous personalities in our world are fascinating. They are pure essence. 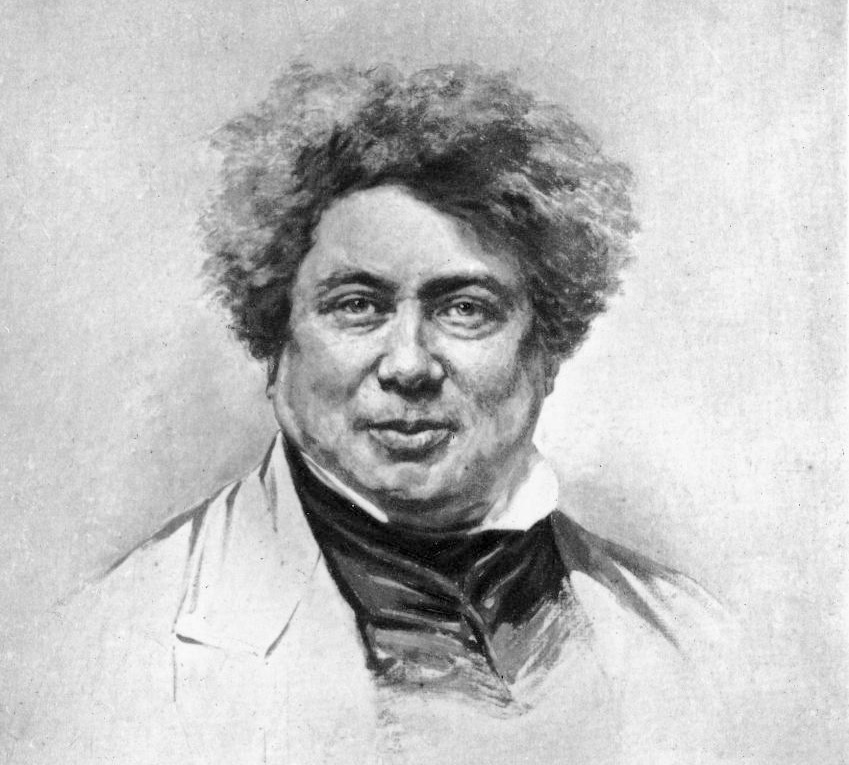 Throughout his life, he wrote a lot of successful novels. His most famous novels are: The Count of Monte Cristo, The Three Musketeers, Twenty Years After, The Vicomte of Bragelonne: Ten Years Later.

Alexandre Dumas dies on 5 December 1870 (aged 68).
In 1970, the Alexandre Dumas Paris Métro station was named in his honor. His country home outside Paris, the Château de Monte-Cristo, has been restored and is open to the public as a museum.

"Clean love and suspicion can not live together."

"When you love, you live. In the rest of the time, you just exist. "

"All human wisdom is summed up in two words: wait and hope."

"Money is a good servant but a bad master."

"There is no joy or sadness in the world. There are only a comparison with other, that's all. "

I’m sorry, seeing today’s author just reminds me of that scene in Shawshank where the inmate mispronounces his surname!

I like next quotes:
"Clean love and suspicion can not live together."
"Money is a good servant but a bad master."

True, the two quotes seem to me the most relevant. :-)

All human wisdom is summed up in two words; wait and hope.

My favorite quote from The Count of Monte Cristo:

"Well," asked Franz, "what think you of the Count of Monte Cristo?" "What do I think?" said Albert, evidently surprised at such a question from his companion; "I think he is a delightful fellow, who does the honors of his table admirably; who has traveled much, read much, is, like Brutus, of the Stoic school, and moreover," added he, sending a volume of smoke up towards the ceiling, "that he has excellent cigars."

I'm glad you kept a phrase from The Count of Monte Cristo.

"Clean love and suspicion can not live together."

Great quote. Love is not true if we act in a possessive or overly suspicious way. Love means giving without expecting much in return, otherwise it's not love, it's business partnership.

As usual, yr posts are amazingly good. Luv reading through. Thank you

You got a 2.93% upvote from @postpromoter courtesy of @mihaisyblu!

Sneaky Ninja Attack! You have been defended with a 10.35% vote... I was summoned by @mihaisyblu! I have done their bidding and now I will vanish...Whoosh

This post has received a 9.44 % upvote from @boomerang thanks to: @mihaisyblu

This post has received gratitude of 2.63 % from @appreciator thanks to: @mihaisyblu.