My history with social service

After doing some social services events and reading their stories, he encouraged me to tell mine.

My name is Marynés and I am the second of three brothers, to be honest since I have the use of reason I did not live with my parents together, only with my mother in the company of her family, they tell me that the first three years of my life, We all lived together Because my father did not live with us, we did not find ourselves in a financial aid class. My mother did not have a job either. Those who asked us for what we needed were my maternal grandparents.

In view of this my mother goes to the social services to force my father to fulfill their responsibilities and give us an allowance, this is where the trauma begins, my unbalanced father begins to refuse to give us financial help, even though we lived in the house of our grandparents, my mother had bought a house when we were born but by her means, when the process begins my father starts to fight half of the house with a lawyer, house that he did not buy, nor contribute and the home would correspond to us as children.

My mother, being besieged by the social service sells the house to show that she has money to take care of us, however my mother starts to fight our guardianship and if she alleges that my mom economically can not respond, so my family he manages to show that he has never fulfilled as a father, never executed his role and it is not valid for him to remain in charge of us.

If my mom does not have the economic conditions and my father really is a selfish violent man and does not even fulfill his responsibilities, social services knock on the door and withdraw us from home for a children's shelter, my brothers are men and I am a woman , so they separated us for approximately 13 months, while they went to trial and the court decided who was staying with us.

During that time without seeing my mother, my brothers, or my grandparents, I just felt afraid of not knowing what could happen, I remember that I did not eat and just cried, that time was eternal and I thought it would never end. I know that during that time the suffering of all was devastating, my younger brother all his life has been very fearful so basically I developed a depressive picture and my older brother became considerably aggressive.

My mother finally found a job, so the decision of the court was for my mother to take care of us and my mother could only see us on the weekends. My father sent us to look for someone who was not from our family and we did not know, he waited for us in a public place and to be honest he never took us to the park or to eat ice cream, to do children's things, he took us to buy materials of construction for his work, actually those days that he should be with us were a burden.

I was never close to him, I never learned to love him, so I did not tolerate his hugs, nor his kisses, I could not have affection for a person who made me separate from my mother, on a vacation he invited my older brother to his house, he lived in a city 12 hours away from ours, my brother decided to leave and two days later the phone rang, it was my brother Jonathan saying that my father had sent him to work, mom tells him by the call that happened to my father And after two days my brother was at home, I remember that Mommy sent us to our room and since then my father never came back to look for us, or call us, in fact, I have not seen him again.

There are some criticisms I can make to social service after living it, how can you allow a parent who is not responsible to cause so much harm? How they allow a father to separate his children from his loving family, because in reality this was his fault, who is responsible for the consequences that this process generates in us, because every time my father does something wrong, he does not came social service?

There are many questions that I still do not have an answer for, but at least I have the happiness that I was able to return with my mother and my brothers too. When we lived these situations, we felt that the guilty parties of being in a shelter were us, not our father, nobody explains to a child that the situation is not their fault.

Here there are many things that I miss out of pain, especially the physical aggressions of my father with my mother. And like when we shared with my father and his family his brothers, his parents did not try to get close to us either.

Today when I speak of my family I mean my maternal family, it is they who gave me love and tried to heal all the ravages of social service and the absence of these by that time, I owe them at present to be a psychologist, the career that I chose since my adolescence, to my family I owe the desire that I have to help others. 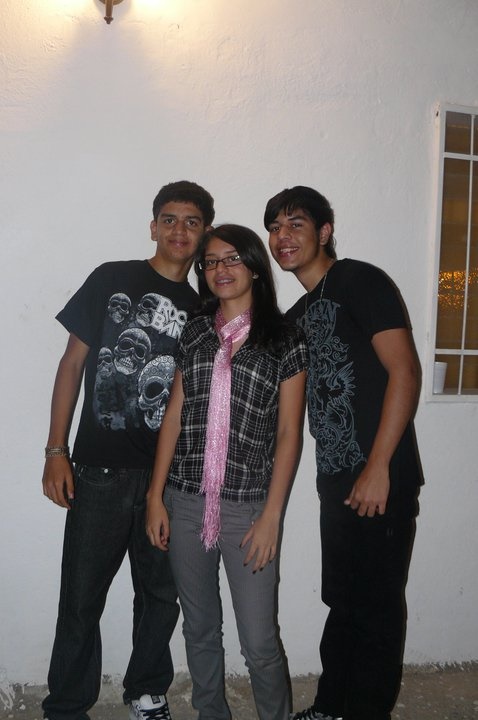 Here are my brothers and I, here and my father stopped looking for us. Happiness returned

Congratulations @psicmarynes, this post is the seventh most rewarded post (based on pending payouts) in the last 12 hours written by a Dust account holder (accounts that hold between 0 and 0.01 Mega Vests). The total number of posts by Dust account holders during this period was 11547 and the total pending payments to posts in this category was $4033.65. To see the full list of highest paid posts across all accounts categories, click here.

You are an example of overcoming very moved with your story.

No doubt surpass me thanks to my maternal family, grateful for your support

So, currently, I work as a psychologist in the victim care ministry, and I also have to help kids with similar stories, but it's good to feel useful. Thanks for your support

The only thing we don't have a choice over is our parents. Destiny does that, thank God u have a great mom

That's right, but as you say my mother is my heroine, thank you.