The Charitable Powers of The Blockchain.

All future charities should be on the blockchain, well, at least all the honest ones.

The transparency and effectiveness of the blockchain to store and send funds all over the world is surely the only way for charities to operate. If everyone can see the funds and where they go then there is nothing to hide and nothing to lose. Who are you giving your money to?

There are so many charity scams out there, some are obvious and are run by small-time crooks but I would go as far to say that even some of the bigger, more well know charities are scammy, their funds are hidden, their costs are not published, nobody knows for sure how much of the money raised actually goes to the people that need it most.
I hardly ever give to charity because I don't know whats happening to that money, a lot of charities have HUGE advertising budgets, and the people at the top are requesting big salaries so by the time your money gets to the people in need it's mostly gone. 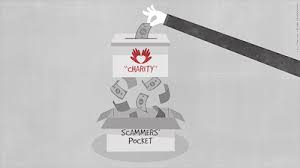 Source.
Dont get me wrong I know there are some good charities out there that do great things, but to be 100% trustworthy and transparent they should move all their operation over to the blockchain, at least this way people would have a chance to see what is really going on.

About a month ago Linda (@canadian-coconut) and I started a support group/charity, we want to support and raise funds for families who find themselves under attack from the CPS who seem to be ramping up their efforts in destroying loving families all over the world.

At the time of starting this charity, I knew it was a unique idea that would one day be beneficial to families in need, I knew all this but it's only now that I realise how huge it really is and that this should be the only way for all charities to operate. The blockchain is going to change the world in so many ways, it's transparant, it's decentralized, it's opensource.


This is the way all banks, charities, courts, hospitals etc. should operate if they are to gain the trust back from the people.

Let's face it, if we don't trust the people in charge then we have to start over again, this is our time, we have the technology, all we have to do is create a decentalized planet where nothing is hidden and nothing is lost. 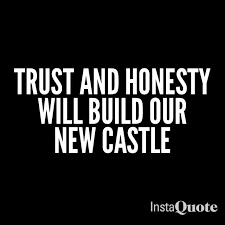 Help us build a TRUE charity by supporting @familyprotection

Donations can be sent to our Steem Wallet @familyprotection.
We also have a Bitshares Wallet under the account name
family-protection,
where transactions are equally transparent as the Steemit account.
The Bitshares Wallet also accepts donations of other crypto-currencies, such as Dash, Litecoin & Bitcoin.
#freedom #charity #life #family
5 years ago in #familyprotection by markwhittam (66)
$40.80
63 votes
Reply 20

This post is a confirmation for me that I have made the right choice to give up a few of my other projects and join the Steemit community. Thank you @markwhittam I have a renewed faith of a new future. I started a foundation (501c3) after my youngest daughter passed away suddenly. I could never bring myself to solicit donations and one reason was I simply didn't feel comfortable with the whole idea of being a part of the corporate status and all the bureaucratic red tape that it entails. The whole idea of asking for money was not my cup of tea, partly I am sure was because of all the abuse I could see in other non-profits and not wanting to be in the position of anyone questioning where their donations might be going. Until I read your post here the idea of a new concept could change my mind entirely. Again...thank you! I see a potential here with the Steemit platform to regroup, take what I have been learning over these past several years of being rather dormat and get back on track. Guess you were inspirational to me. BTW: The AnnyBelle Foundation was put in place for Youth Achievement which family protection would be a foundation. I posted your article on my FB wall and hope others will see the potential here with Steemit. As always, Steem on! @vickiebarker

Thank you @vickiebarker, I am glad this helped renew your faith.

The Blockchain future is very bright indeed, the Blockchain makes us all accountable and it puts us all on the same page.

Steemit just adds to the greatness of the Blockchain, it gives us an opportunity to put a face and a name to an organization.

Thank you for supporting and sharing our foundation :)

Look forward to sharing this space with you and seeing more foundations on steemit. :)

@markwhittam I have just e-mailed a contact today that manages the vaccination liberation group. She is not on FB or any social networks but is trying to sign up with Steemit. (she is held up a bit due to not using cell phones and not being able to get her text message from steemit to authenticate her e-mail). She has I think chapters in 25 states and CPS of course entangles themselves in families lives using the non-vac choice to get their foot in the door all too often. I'll get her connected here asap. I think she will add value as I believe what you have here adds value to all. Thank you... @vickiebarker

Yes @vickiebarker, we definitely need such people on this platform, I have not been on any social media in over 5yrs but steemit is very different and has huge potential to make a real difference. This sounds great and would definitely be of interest to Linda (@canadian-coconut) too as she has been raising awareness on the vaccine front for a long time.

Thanks again for reaching out to us.

Most of charities are scam. Even when it is not completely scam, there is too many middle man to pay, so in the end people who need help get only fraction of raised money. Blockchain idea is 100% the way to go!

Yes @cmoljoe the Blockchain has the power to eliminate the greedy Middlemen, without them there is a lot more to go around.

You are so right. They really need to be checkmated. The charity needs a transparent welfare and I think blockchain can do the trick.

Indeed, most charities are not reliable. I'd rather trust a community drive to collect money for someone sick or sending clothing and food directly to a family in need. Hopefully the blockchain will allow us to do just that, cutting out the middleman.

Yes @ladyrebecca, the only time I give to charity is direct, but if all charities were transparent I might even start supporting them too.

people donate to charity to ease their conscious, for not doing more for the world, but never ever 100% of the funds really go to the needed people, it is true... though, it is a good idea to give money to big NGOs like RedCross, a very good idea for small NGOs and excellent idea for direct person to person or block chain as future. sharing is caring!

Yes @purplemoon, many people give to clear their conscious and these big companies/charities take advantage of that fact. Giving direct or to a transparent organization should be the only.

Whenever I am buying stuff from an online market place, I am always given an option to donate to a certain charity, but I stopped doing that!, because i don't trust them one bit anymore, and those heading these organisations flaunts a lavish lifestyle, it makes me wonder what they use our money for!. So i end up giving to the needy "in person". Well, with this blockchain technology and transparency it brings, i would freely donate to charity if implemented. Thanks @markwhittan , I would support @familyprotection. Never forget, "to give and care is what makes us truly humans"

"to give and care is what makes us truly humans"

So true @kryptocoin, without this we are nothing.

So true!
The Blockchain and Steemit holds so much potential.
Transparency may be the best part about it all.

honesty and integretity is the main key for charity and blockchain do it with its transperecy.

Agreed! The Blockchain is the only way.

Thanks for stopping by @sheikh27

Thank you for the post @markwhittam I am a parent and have been a teacher for 20 years, and most of times with small struggling nonprofit preschools/playschools -- transparency is such the way to go! I look forward to more of your articles -- Resteemed and shared on other social platforms---Blessings

it is always fun when you realize that an idea that you had was actually not only really good but excellent. Good job on acting out your idea, and I wish you luck with the charity. I wish you tons of luck and I hope you can set the example that you are hoping to set.

This post has received a 3.13 % upvote from @drotto thanks to: @dreamingirwin.