#The most dangerous water that could kill humans.

The world is 70% water so it's probably a good thing, good for us we can drink it, swim in it, and growing food in it and just playing live and cause of It , however certainly bodies of water are shockingly hastel to us interacting lakes and rivers can hurt us ,make us sick or even kill us and hello guys good day, today we will talking about water that could kill us. So here is the most dangerous water on earth. Image Source
Whoever name this place certainly no van of fatality boiling lake exactly what is sounds like discovered in 1870 by two English man, temperature taking 5 years later range anywhere from 82-91.5°c while certainly that hot enough to pull skin. Those temperature recorded on the edges of the lake the center is far ,far hotter to the point when accurate measurment less the guy have thermometer have burned alive. 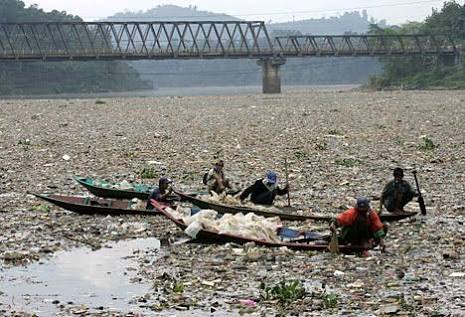 Image Source
Here we have a body of water who destroy us but not only because we screwded it up. CITARUM river might be the most polluted trash filled water on the planet thanks to more than 500 factories that line the river plus the areas lack of trash collection remodern in plumbing the river has filled with waste and rubbish to the point are you could barely see the water. Local use this water for drinking, bathing and even boiling foods. This is among the most acidic body of water around with the ph bounds of 2c and the best. This mean that this river is the strongest stomach acid, it is more than powerful enough To kill a fish that could barely to live there more likely it do the same at humans, this river acid trip is cause of bacteria as well as iron is desolved in many years. several curriencie are found in Mars if this river is something to offer in the quest for the life on the red planet, well that maybe a pipe dream based of both places is being red. There's no question that much likely angry grizzly bear. This river is both beautiful and something that you should not attached.

#LAKE KIVU OF DRC AND RWANDA 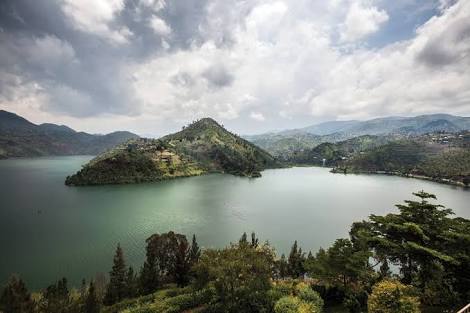 Image Source
300 meters and thousands feet in the surface of this lake likes a ticking time bomb over 250cubic kilometers that 60 cubic kilometers that is 15cubicmiles of methane gas under this body of water enough to provide several countries probably the problem is it also enough to flood every near by cetlement killing thousands by a process, it is causing acid destruction of this area. Image Source
Catching ecoli is no fun under normal circumstances, now. Imagined you where literally swimming in the stuff that's the reality around various river in JOHANNES river in South Africa, where the amount of ecoli bacteria in the water is way beyond exceptable .
That's all for today hope you will avoid into his kinds of river in your travelog.
GODBLESS!
fact news travel phillipines steem
2 years ago by bravegirl (45)

Submit
$7.39
22 votes
2
Authors get paid when people like you upvote their post.If you enjoyed what you read here, create your account today and start earning FREE STEEM!
Sort Order:
[-]
bayanihan (54)  ·  2 years ago

Try centering your images to make it look nicer.

Yes sir. Sorry for that