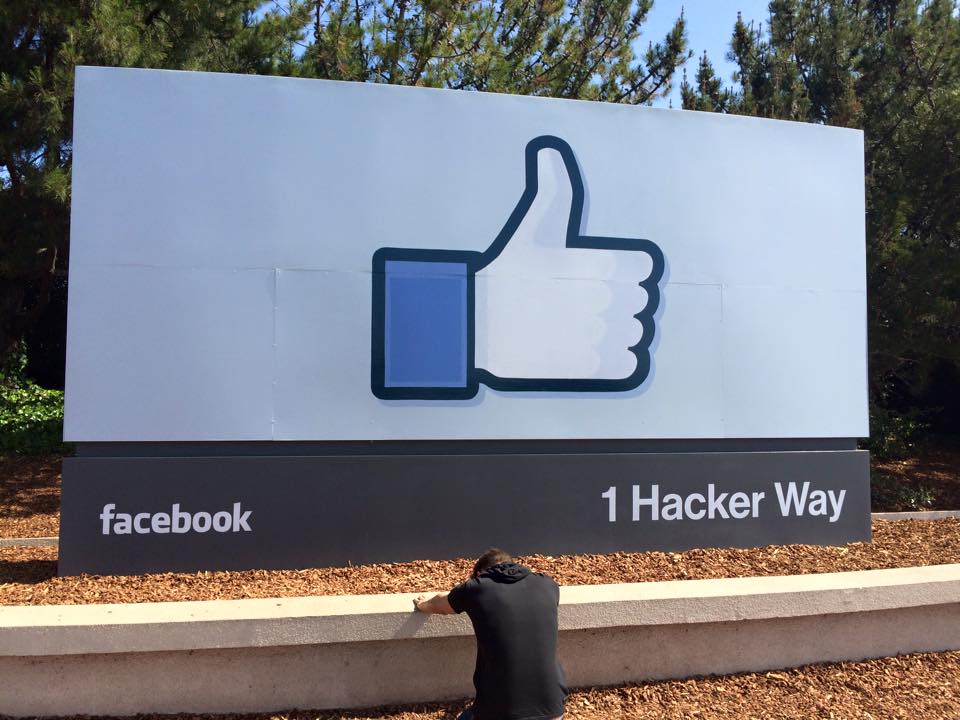 Exactly 10 years ago I met a beautiful Canadian girl on a pub cawl in Berlin. I did what every guy my age would have done that night. After that, I assumed we would never ever see us again and asked her for contact details. Instead of giving me an email address or phone number she asked me to add her on "my facebook". I laughed and asked her about 10 times what the hell she was talking about. In 2007 almost no one had a real smart phone or let alone a facebook account in Germany. After pointing her index finger at my head she made a move whith her hands that obviously should look like opening a book.

One day later I signed up and explored the colorful world of facebook. I have to admid that I was a huge fan of it from the first day I logged in. Using it for staying in contact with friends in remote locations, following news sites, music groups and my family it made my life a bit easier. Albeit the awesomenes I felt a bit alone, even with hundreds of facebook friends from all over the planet. But it took only a few years for the rest of my friends and colleagues to jump in and discover the the blue giant.

Fast forward to 2017 Facebook became a mess, and I am not only talking about how people are using it. Here are my 9 reasons why I left this social network:

#1 coropoate greed and the 'up fucks' of advertising
Facebook is full of adverts. Which isn't a bad thing considering how it is financed. But given the fact that this network with all it's algorithms and data it can collect, still fails to offer me commercials that I really want to see, makes me question it's ability to target audiences the right way. I get bombarded with gay clothing ads or offers from insurance companies that couldn't work legally in Germany because they come from the other side of the planet. Come on guys it's 2017, big data mining or how ever you call it should work by now. Get your shit together!

#2 Every Nobody has a page now and it sucks so read it
The cab driver the blumber the mayors daughters bunny barber service, they are all on facebook and act like the most neccessary individuals on earth. Seriously guys, why? Just because you sell coffee or you offer a service to make cookies in the shape of an unicorn, you don't have to maintain a facebook page.

#3 The fucked up relationship posts
Oh big lord give me strength to write this article without smashing my keyboar!§C§"!%4$RV$§
In 10 years of facebook soap opera I observed 50 break ups, 10 "I found the love of my live"s and countless marriages which apparently had a bigger media budget then a red bull marketing campaign. Jesus, stop it, just stop it! No one wants to see 391 fotos of you and your husband in your wedding dresses shot from the same angle. Based on the divorces I have observed on facebook you are having one as well in the future anyway.

#8 the changed behaviour
As people grow old they change. They don't want to be rebels anymore. They want to be socially accepted, at work and within their circle of friends or family. This has an enormous impact on how people behave on social networks. They don't click the like button after reading a good story that could possibly put them under suspicion if someone found out they red it. Guys don't smash the like button of a picture of a hot chick in a skirt posted by some randome dude. The wife could find out which put's the marriage in danger. People don't open their mouths anymore and they don't share content that often. They reduce their activity on posting pictures of concert tickets or just become lazy voyeurs. The entire social network idea is flushed down the toilet. But OK that's what people do.

#1984 or #1933? The facebook NSDAP police state
This is the actual reason why I decided that enough is enough. As if it is totally OK to accept that Germany censors already more Youtube videos then China (no joke) it now asks Zuckerberg for helping the state authorities censoring the shit out of the platform. I have friends that are currently being sued over political incorrectnes posted on their timeline. Facebook took down content I posted several times and asked me to not do it again or else!

As I won't be part of a digital gestapo gang bang with self censorship sponsored by my tax money I choose to opt out.

nice posting dude @spluff.
im with u. Full of shits on the wall..too many ads and rubbish words in there.