On November 17th, 2017 from 11:00 AM — 3:00 PM (UTC), we will invite prominent professionals from both Chess and Xiangqi community to test and play on our network. The event will be streamed live on Youtube where viewers can watch World Chinese Chess Champion (Non Asian) Island Kon compete. Other participants include International Grand Master, Chiu Yu Kuen and IM Vincent Wong.

The Game Schedule Will Be Announced Shortly. 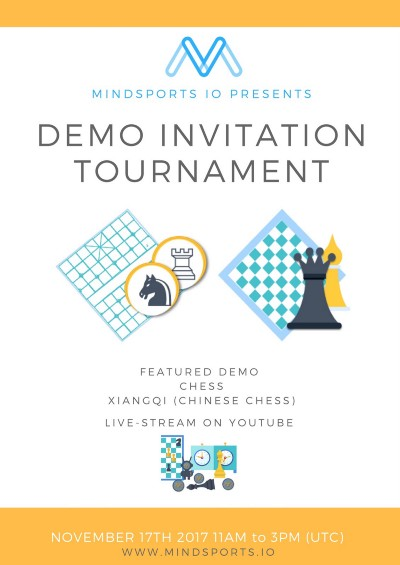 With only two days left until our MIND token pre-sale. We are excited to announce the release of MindSports IO network demo. 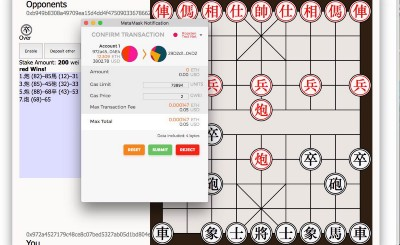 Throughout the past 3 weeks we tested our demos on the ropsten network. Our Chess and XiangQi (Chinese Chess) demo are ready and are functioning within the network. With the demos, players deposit their tokens in the specific ETH address before the game starts and the tokens will be distributed to the winner after game results has been declared. We will be launching our alpha version in December 2017 and would like to invite selected participants who have contributed to our pre-sale to test and play mind games on the network.
Mark it down on your calendar !

Drop us a comment! We love to hear from you.

Yes i will try

This post has received a 29.87 % upvote from @booster thanks to: @unprovoked.

Congratulations @mindsportsio, this post is the second most rewarded post (based on pending payouts) in the last 12 hours written by a Dust account holder (accounts that hold between 0 and 0.01 Mega Vests). The total number of posts by Dust account holders during this period was 3639 and the total pending payments to posts in this category was $384.41. To see the full list of highest paid posts across all accounts categories, click here.