This is a joke meme crypto but.. DOGE was also a joke and ended as one of top coins. Its worth getting into stuff as you never know what goes viral. Our Supreme Leader, Great Marshal and Beloved Father Kim Jong-Un had a heavenly epiphany that leaped from pages of the original and brilliant book of Juche, and conceived a truly revolutionary idea. The idea which is simple but profound, concise but beautiful, earthly but cosmical – Korea should go to space.

“Today I am delighted to announce the launch of SpaceKIM - North Korean Space Project that will inevitably change the world beyond recognition. SpaceKIM Lunar mission will be the first milestone in North Korean cosmic crusade. I will land on the moon and replace the disgraceful rag of the US flag with a glorious ensign of DPRK!” - Kim Jong-Un, Guiding Sun Ray of North Korea

SpaceKIM is a revolutionary North Korean space program conceived and created by the Sun of the Socialist Future Kim Jong-Un himself. This ICO is a historical chance for numerous Juche adherents all around the world to hasten the pace of the Holy Revolution by funding our groundbreaking lunar mission. The ICO is based on Ethereum blockchain. Needless to say, North Koreans always pay their debts. That is why SpaceKIM is going to issue 37.9M KIM tokens, each of which is stands for ownership of 1 km2 of moon land, and distribute that land via SpaceKIM app they will release in the future.

KIM is an ERC-20 token. All KIM tokens will be issued by the Central Cryptobank of the Democratic People’s Republic of Korea in exchange for ETH(Ethereum), BTC(Bitcoin), BCH(Bitcoin Cash) or LTC(Litecoin) during SpaceKIM crowdsale. Apart from being the first and the only cryptocurrency officially recognized by North Korea, KIM tokens also serve as vouchers of moon land ownership.

The Pre-ICO period began on January 8 and closed on January 15 with $70,000 worth KIM tokens purchased. The ICO period is supposed to run until February 7 and after a two day halt will be followed by Tier 2 which promises to be an Olympics Special, until February 25.

In 7 days of the presale period SpaceKIM website was visited by 50,000 users and found especial popular among South Korean and US audience, who altogether accumulated 40% of whole traffic.

SpaceKIM has already begun resonating in the crypto community. For instance, Riccardo Spangi from Monero Core team inquired why SpaceKIM ICO is not denominated in Monero yet. Useless Ethereum Token gathered 300ETH, Jesus Coin received 200ETH, SpaceKIM has just closed 50ETH in a week with more than a month ahead. Is it a new champion on the way?

Do Research Before Investing (ICO Running)

No joke. I would invest in SpaceKim. I bought Dogecoin and Fuckcoin sheerly for novelty of it. I feel as though, while it'll be small, there will be a market for joke coins (aside from shitcoins like bitconnect), the same way there's a market for gag gifts and such.

Maybe these joke/gag coins can also have some kind of hilarious utility value to em as well.... I know for Fuckcoin (FUCK).... when you send it to someone, it's you "giving a fuck". Off the top of my head, I think there would be a hilarious use case during the election cycle. Where supporters (aka opponents) of a certain politician would "donate" tokens to the individual, but these tokens would be worthless ($0.00001 ) because that's all they're worth donating to. Could be a funny political statement by the opposing community.

A very interesting coin is just a bomb!)

What are your thoughts on UKG? When i clicked on your name to follow i saw "eSports"

Hi, I'm not very interested in this coin.The coin seems to be created for gamers.

Thank you @bitboys I agree with regards to not being interested in gaming currencies. However, profitable opportunities in stable markets do interest me. I think if the numbers and price is in alignment with the market for upside potential, perhaps there is a market segment that i can diversify some into to help mitigate risk and increase upside potential possibly. i have FUCK too :) DOGE of course also but didnt buy it when it was worth nothing, i didnt believe jokes can succeed. history shown me i was wrong ;)

I wonder what the logo looks like for Fuckcoin? That would be interesting if these types of coins gained enough traction to be talked about on the news a hear how awkward it gets. Not a bad idea to spark curiosity. 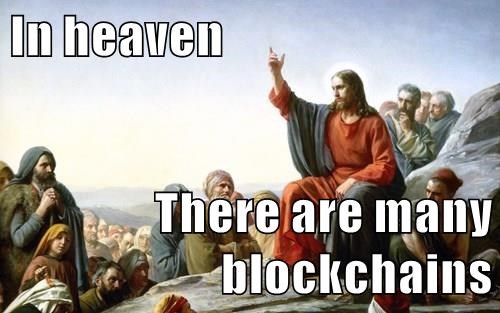 LOL....can't stop laugh on this
We already have Trump coin and now Kim coin.....
So let the battle take place in crypto world

"You have a coin Kim, but I HAVE A 'UGE COIN and I guarantee my coin is BIGGER!"

Owning a moon is a nice idea. But the question is, how do I choose the place. Lets say I want to take the land on the other side of the moon that we never see from the earth. And I want it to be in mountains. There is nothing about that written in the white paper.

Yeah What a good project, i'll invest all my money, it look so rewardingand reliable.

It's got quality meme potential, much better than Garlicoin .Frankly I'm just surprised people aren't talking about this project. Maybe it's because too many people are worried about making money than having fun. @kingscrown

I get that feeling.... kinda sad really. Here we have an opportunity to have fun and make some dough, and it seems like impossible to do both...

Yes it's a great idea
Good
Thanks for share it

The North Koreans love bitcoin, I bet they will be all over this!

It's awesome idea for the peace of the world, not nuclear but cryptocurrency~!

Not gunna lie it’s probabky going to the moon

Followed! Please share this on my posts. I think there is great value in "spreading the word" this way. Lets do it. I want to help bring people together to all become successful or more successful. Help me help us all.

Good idea..look before you take it

This post has received a 11.52% upvote from @lovejuice thanks to @kingscrown. They love you, so does Aggroed. Please be sure to vote for Witnesses at https://steemit.com/~witnesses.

Followed. Please Upvote and folllow my posts lovejuice. Thank you!

Ha!
Ok I will believe it when I see
a Dennis Rodman BADBOY coin...do some research, lol
I bet its out there too.
Great read!
Ty
L

some visionaries to the future haha.

@kingscrown this might be the joke of the year lol so was doge token. hehehe. Lol. Might as well catch a ride with spacekim. Nothing to lose lol. Just a couple bucks. All crypto is a gamble tho. Well, mostly all crypto

I think you meant almost all crypto
Hahaha

Wahh is so cool this is old though looks like a playful but very usefull this.
Thanks for share sir @kingscrown

I like the nice little detail there on the 'Moon' 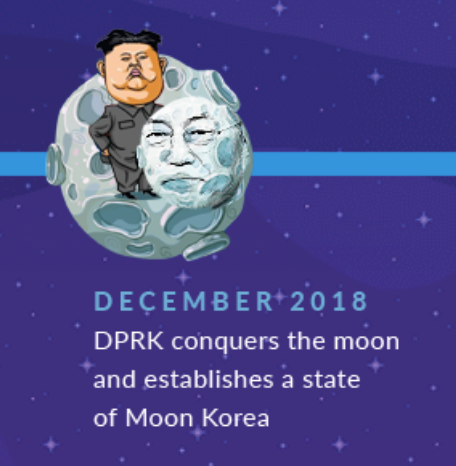 A very interesting story about the virtual currency in North Korea

Fantastis project. Thanks for sharing

Very interesting post, Such a a good one :) With a lot of information and visionaries to the future ;:):)
Thanks for sharing with us

I’m excited for this coin. It’s dummy coin, but people ove dummy coins like these. Let’s see where it goes lol! Hitch a ride with Kim

Haha great idea, some of these joke coins can 5x 10x and even more. As long as people can differentiate between a joke and scam coin.

So how do we differentiatw between both?

with some good old research . If something even feels a little fishy don't invest your hard earned.

I still dont understand how some of these coins manage to turn such a huge profit.

Ill do more research but it seems promising

Are you really serious? You see into the future? If you do I wouldn't mind borrowing from world Bank to invest. 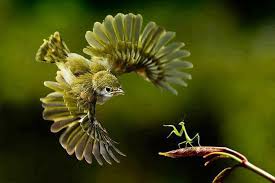 This is really hot news. And something tells me it will keep making waves and keep growing. For example, the quote below speaks the entire volume for itself:

SpaceKIM has already begun resonating in the crypto community. For instance, Riccardo Spangi from Monero Core team inquired why SpaceKIM ICO is not denominated in Monero yet.

Keep up the good work, bro.

Bwahahahhaa you got to be kidding me to take this seriously. Shitcoins are everywhere. Let's add a few more lol.

This post has received a 40.88% UpGoat from @shares. Send at least 0.1 SBD to @shares with a post link in the memo field.

That name is meme-worthy in itself.

Congratulations @kingscrown, this post is the eighth most rewarded post (based on pending payouts) in the last 12 hours written by a Hero account holder (accounts that hold between 10 and 100 Mega Vests). The total number of posts by Hero account holders during this period was 426 and the total pending payments to posts in this category was $12773.09. To see the full list of highest paid posts across all accounts categories, click here.

awesome, let me just put every single dime i have in this

It seems interresting i followed and up voted. Please keep doing your great work

Buying this ICO seems like a great way to be added to a watch list at the NSA/FBI/CIA.

Sorry for the question but, is some similar that "The Petro", cripto-active announced by the Venezuelan government?

Clicked on the website and I ran into this lmao.... this is golden.
Foreign Ambassdor If north korean, then the website is expected to be in their language. Seems like a joke.

I want to join. ha ha ha
but I do not have a coin.

That’s funny, great shill 👍
They could back them with all looted BTC !

All hail our Supreme Leader!!!!! I wonder if Kim Jong Un will actually use the coin offered to his name like the Trojan Horse.

if this sends kim himself to the moon im in

Let's keep our hands crossed and see if it happens

If this is backed by Monero I will totally buy some