After 5 years of college, I finally graduated with my finance/accounting degree and pretty soon I'll be starting my career as an auditor. Whopte doo. But I still have some time before I begin slaving my life away at Big 4 this fall, time that I plan on using to learn more about blockchain and building up my hashpower.

I should probably be more excited about graduating and getting a job, but to be honest I've been more interested in what's happening with crypto. It's an exciting time and the money is flowing in, making mining profitability skyrocket. My two rigs are currently generating over $70 USD a day! (Profitability post coming shortly). However, the road to profitability and rig stability has required lots of time and effort, and even more so when I began moving out of my apartment. 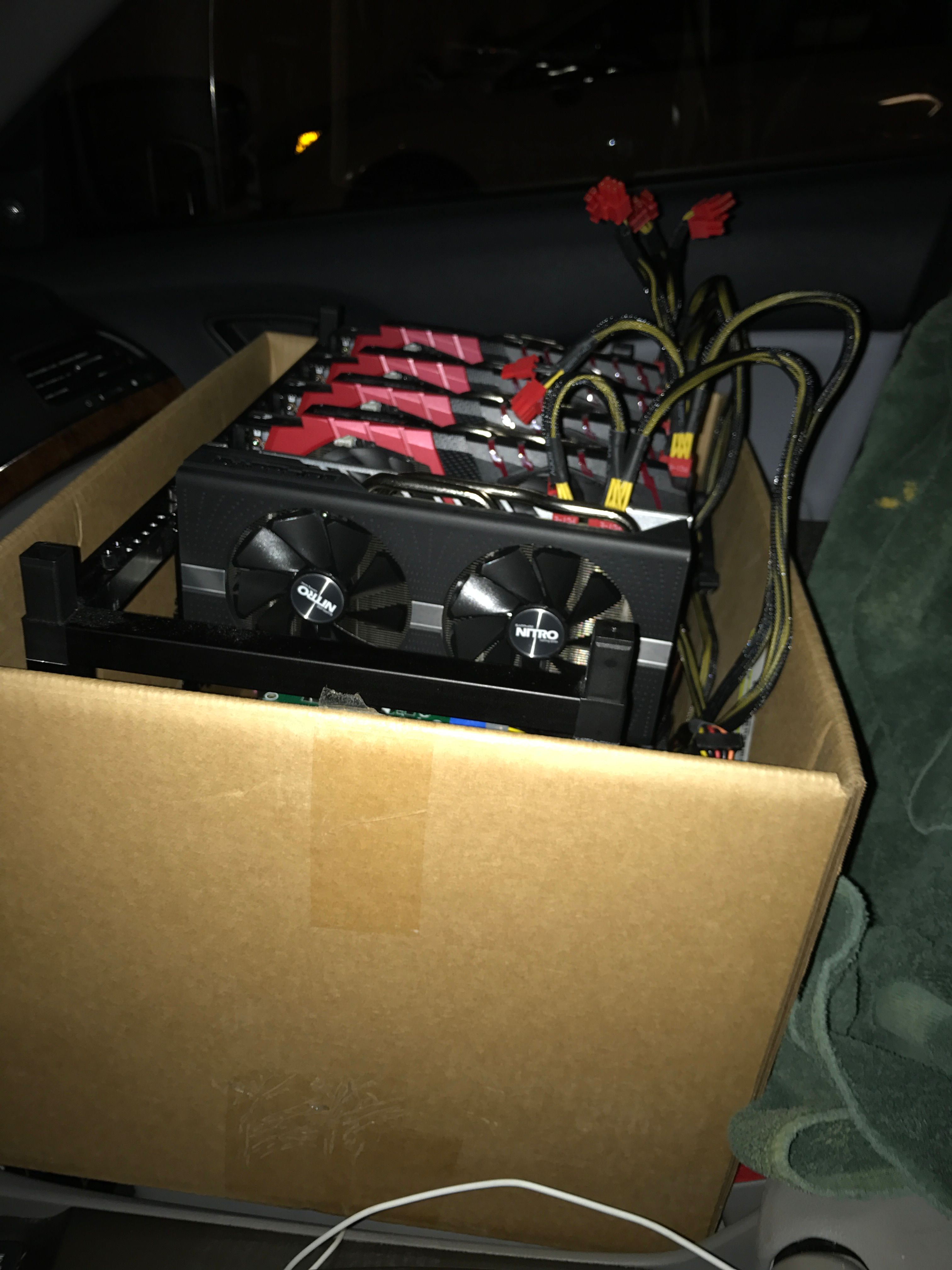 It took me three full trips with my honda accord to move all of my stuff out, with the exception of the AC unit and other rig. That's right, Rogue1 was left behind... like in the movie. It was purely a coincidence, I swear lol. Its still up and running back at my old apartment though, as my lease doesn't expire until late July.

My house initially posed some problems for my mining operation, as I blew the circuit almost instantly. Apparently someone decided to wire half my basement (which already has a few computers) running on the same 15 amp circuit and Blueleader alone pulls 1300W or about 10 amps from the wall. I had play with the breakers and see which outlets were on what circuit before I finally found one that wasn't using any load. I'm definitely gonna have to wire some new circuits for Rogue1 and any expansions.

There are a fair amount of deadzones in my house and our wifi is incredibly slow and spotty. To combat this, I've decided to run Ethernet cables to my rigs. My family had an issue with chords running everywhere so we had to fish lines through the wall, which was no easy feat. One of the biggest benefits so far is the low electric costs per kw/h @ only $.085, at least in my mind. I forgot warn my dad about the power I was using and apparently he gets weekly notifications on power usage. Lets just say he wasn't to thrilled about the 35% increase in power consumption lol. I'm covering the electric though, so its all good. 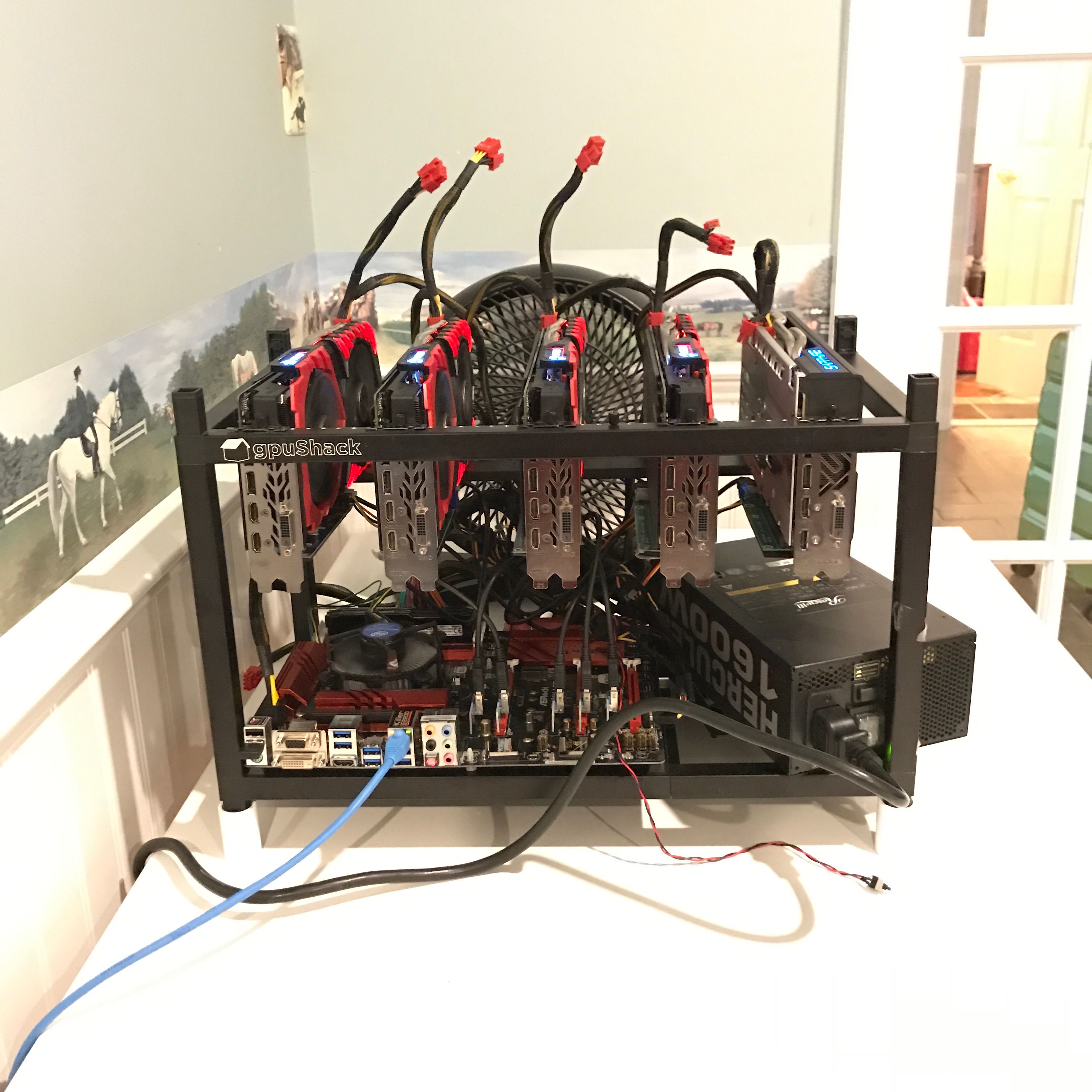 The whole mining experience has been extremely rewardable both educationally and financially. I've also never blogged before in my life but Steemit really makes it worthwhile and I hope you all enjoy my experience as well!

I'll cover my mining profitability and ROI thus far in my next post. Stay Tuned!

Track my progress for Eth Miner or PASC Miner