Ethereum IS A Ticking Time Bomb!

ericarthurblair (48)in #ethereum • 5 years ago (edited) This Sunday, the 26th of June, a hoax report was posted to 4Chan indicating that Vitalik Buterin died in a car crash. The result? Ethereum lost FOUR BILLION DOLLARS in market cap, also dragging down the entire cryptocurrency economy with it. I have written previously about how Ethereum is a Trojan horse that will be used to tank the cryptocurrency economy, introduce strangling regulations, as well as allow big money to suck up controlling shares of all the most important block-chains. I even managed to get a comment from our friend Cliff High (who I am a fan of by the way), who said about my article: "FUD. This is not an analysis, this is a collection of personal impressions and fears." Just a few short days later, this happens: 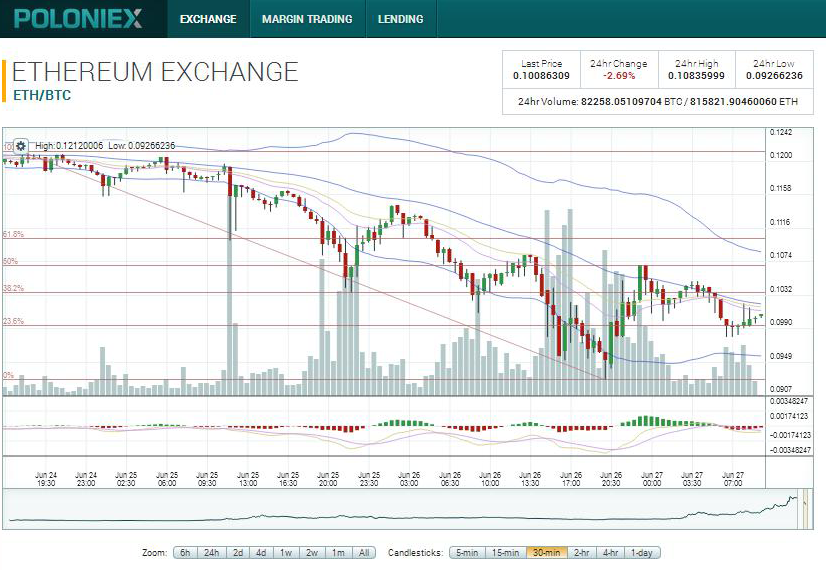 This Sundays events is just more damning evidence how little it would take to pull the rug out from under Ethereum and screw everyone in the cryptocurrency economy, invested in Ethereum or not. Bitcoin has built up a considerable immunity to hoax stories over the years, after China banned Bitcoin for the 100th time, and the "CEO of Bitcoin" died a few times. Ethereum however is largely composed of investors who are new to the cryptocurrency world, and additionally it is growing at such a cancerous pace that everyone in it is poised to abandon ship at the slightest hiccup.

Considering how much of a portion of the total cryptocurrency market cap Ethereum is, it was no problem for this Sunday's events to drag the ENTIRE market down along with it. This is not even to mention the regulatory ambiguity of Ethereum itself as US regulatory authorities seem to be taking more and more interest in cryptocurrency. There are so many ways Ethereum can go wrong, and I am sending out the emergency flares now, be prepared for this Titanic to sink, and the ensuing aftermath, no matter how many people claim it is unsinkable.


Please don't forget to up vote, follow, and resteem!

This post has received a 1.52 % upvote from @booster thanks to @ericarthurblair.

If the entire valuation of a coin depends the say-so of a 23-year-old... well, you guys get the idea.
Plus, with the ICOs all jumping on that particular blockchain and clogging it all the way up, lets just say several cracks are showing.

Yep, these are the things banks and Wall Street do to cash in...up or down. Folks need to wise up and react less emotionally.

That is true, but I meant to suggest that this is simply a warning sign of how unstable this particular coin market is, and when combined with its size is bad news for the overall cryptocurrency economy.

so you sold all your ether?

I never owned any. I do own ETC though.

Once sentence was too much for you to read? Way to go sport, you got me!

Do you have difficulty reading English? I literally stated it was a hoax in the first sentence.

Dude, read the article before commenting, you are making yourself look like a fool.