Many of Chile's most opulent figures and marvellous success stories are found in the annals of its immigrants.

Today, Chile has more than its proportionate share (for its population size) of billionaires on Forbes list, and nearly all those men and their families are immigrants from Europe or the Middle East (Orthodox Christians). If those immigrants could come here, learn the language (even though many of them started to learn as children) and strike it rich, why not others, too? Obviously, not every immigrant who comes makes it "big" in Chile, but the fact that the lion's share of Chile's rich, controlling families are immigrants bodes well for ambitious newcomers.

In terms of world-elite power connections, I could only find a tacit nexus with the Luksic family and the Rothschilds, and the Edwards/Ossandón family, plus the Piñera family, with the Rockefellers. There may be others, of course, that I could not find. If you do happen to know of more of these links, please leave what information you have in the comments section. I end this article with a rather long table that sums up the pertinent information of eighteen leading families in Chile and their histories. One may find mention of Chile's twenty ruling families or the one hundred most powerful families. So there is a upper crust and another set right below them, before one gets to rank-in-file professional class followed by the masses. 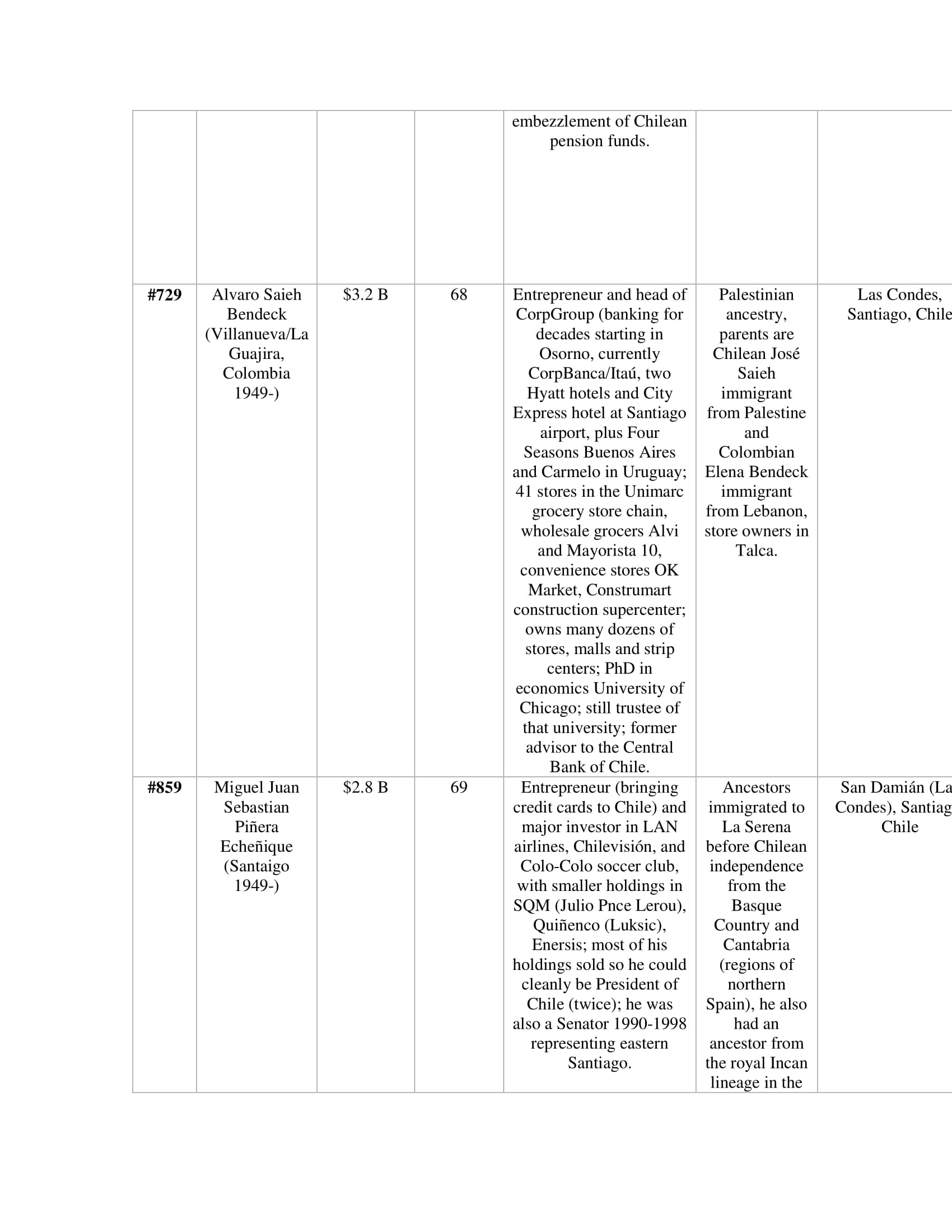 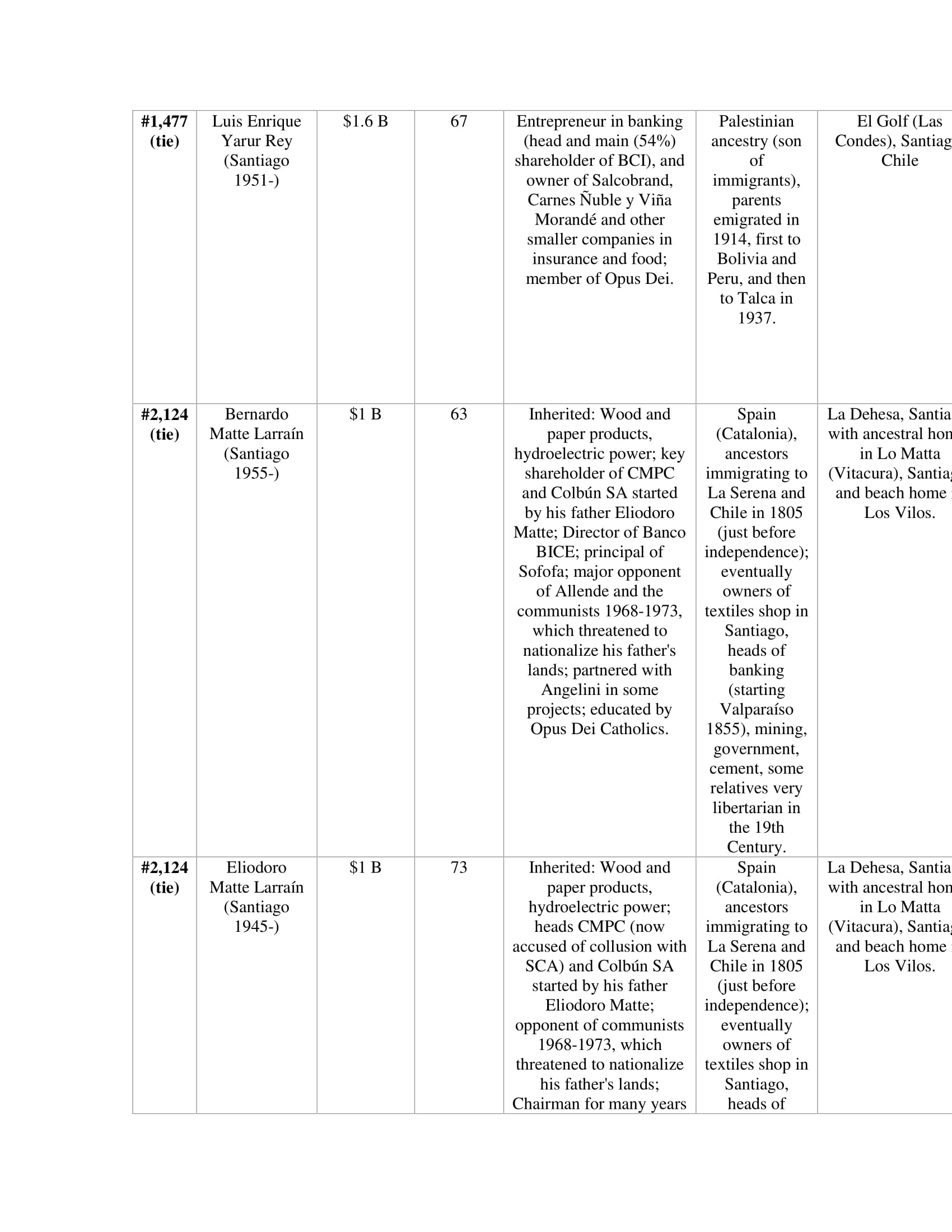 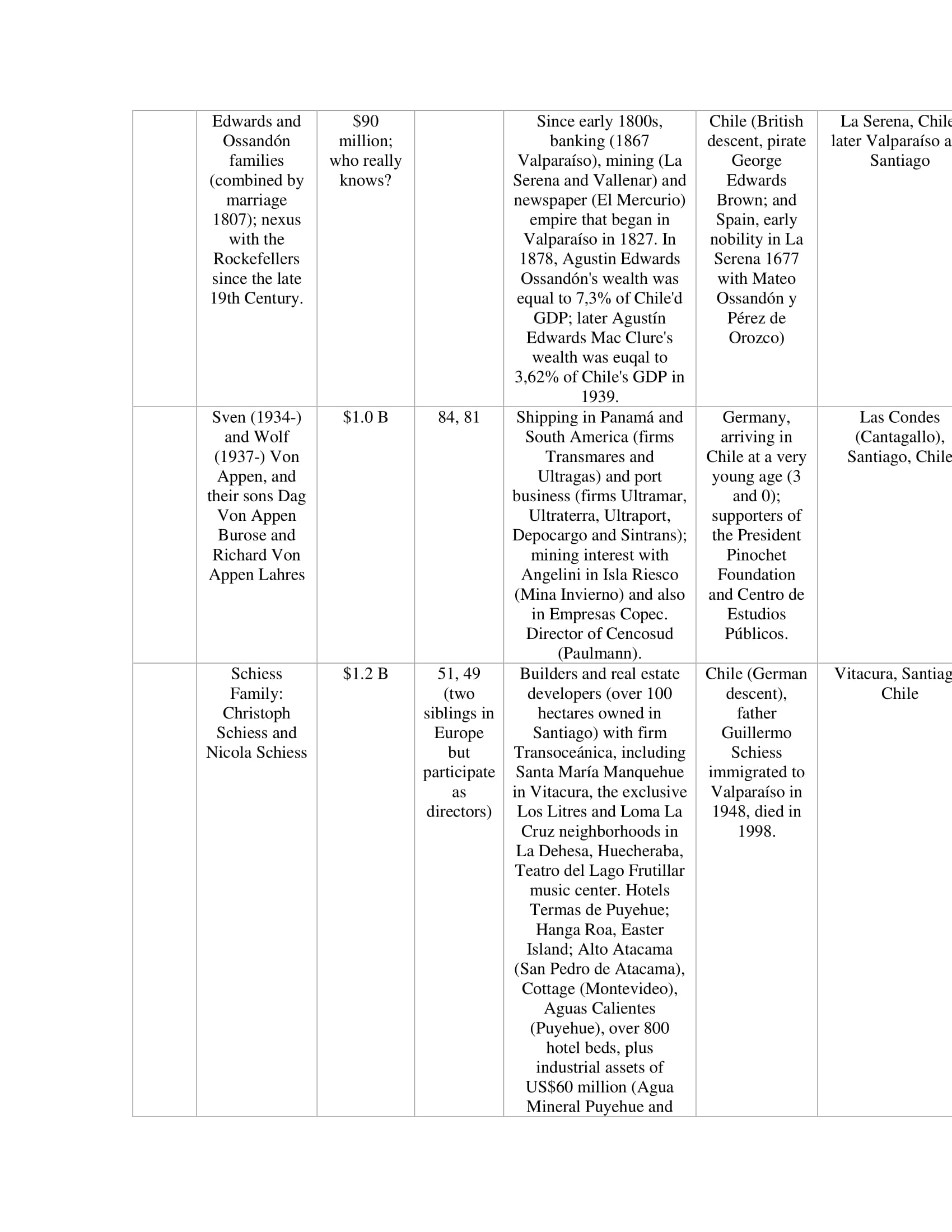 Indeed, an impressive number of Chileans are filthy rich. Look at the last names of the eleven (almost twelve if the Matte sister is counted that just fell off the list) Chileans on the Forbes list. Note that the women listed are either the widows or daughters of the immigrant (or son of the immigrant) that struck it rich.

There is simply a lot of opportunity in Chile. Much has been done beforehand, and there is still much more left to do. I aim to provide info about the country that is not easy to find, at least in English.

That's great, because there is a lot of info about some countries that most people don't know. Great work!

One can often find more liberty living under the noses of the super rich.