We have, we believe, covered all of these issues previously in our temporary website, www.EOStheWorld.co, but, in the interest of completeness and following the candidacy guidelines set forth by EOS_Go, we are reiterating these subjects in a separate Steemit post.

While we hope there was some way we could prevent all forms of potentially bad things from happening in the EOS block producer community, and, would like to say we have a brilliant solution to keep all participants 100% honest and ethical at all times. However, aside from the oft-mentioned governance and voting solutions, we don’t have an answer. All we can do is speak for our team behavior, which is that we have 10 people who have all had exemplary careers in computer science, information management, law, accounting, marketing, medicine, philanthropy, and, we feel that looking at someone’s track record is important. A leopard doesn't change his spots.

All 10 of the main people in our group make more than enough money to feed their families, and most have enough savings that they could already retire. We all have spotless records and stellar reputations within our respective communities. With our current careers, WE DON’T NEED THE MONEY FROM BEING A BLOCK PRODUCER. We’ll TAKE the money, but we don’t NEED the money, and we surely are not going to cheat, be immoral, or unethical, to get it. We’ve made whatever money we have by working our tails off for decades, not by cheating. And, we believe that karma is real. We haven’t worked this hard for this long to start cheating now. We will do an exemplary job producing EOS blocks, in a steady and consistent manner, using great equipment, and be excellent, careful stewards of whatever resources we receive, either building for the future growth of the EOS blockchain through purchasing (or saving for) additional equipment, and/or also giving back to the EOS community, and, additionally, giving to the long-suffering victims of Hurricane Maria in Puerto Rico, and the surrounding islands, who so desperately need generous assistance.

We pledge to always try to do the right thing, and not change the way we’ve done things for the last 20-30 years in our careers prior to EOS. But all I can do is speak for our team. We can’t speak for people halfway around the globe, or even living in the house next door.

“We pledge to always try to do the upstanding, moral, ethical thing, and, if we make a mistake, correct it as soon as we are made aware of it.”

Our Code of Ethical Conduct and Core Values are Based Upon the Following Principles:

We pledge to follow the accepted rules of a civilized, intelligent society, and, in particular, the Constitution, and Rules of Governance established by block.one and EOSIO. We follow generaly business philosophy, as espoused by men like Jim Rohn, Og Mandino, Napoleon Hill, Zig Ziglar, and others. And we follow time-tested, ethical, and benevolent practices as taught in the Old and New Testaments.

In other words, we will continue to do what we have always done. While the world always presents evil, immoral, and unethical tempations, it shouldn't be difficult for us, because it's how we have structured our lives thus far, and, it's who we have become. Period.

We, at EOS the World, LLC, are a completely autonomous, self-funded, decentralized group of professionals who have all had very successful careers in our different chosen fields, whether it be computer science, IT security, computer programming, accounting, philanthropic, legal, entrepreneurial, or medical careers. We have all worked extremely diligently in our careers, with laser-like focus, and had extremely honorable, upstanding careers. We pledge to never doing anything that could be interpreted as besmirching or sullying the EOSIO brand, nor our own reputations, such as "buying votes", giving dividends, or any other form of renumeration to those who have voted for our BP candidacy, or any other form of corruption or fraud, and are willing to put up a performance bond as collateral should we ever be found to have violated this pledge. This is basically a non-issue for us, because it is quite likely that in our careers as physician, lawyers, accountant, philanthropist, computer scientists, or, just sentient human beings living in a civilized society, we have all been approached and tempted by evil far greater than that of simply saying, "No, we won't do it", to the issues of vote buying, or any of the other various forms a unethically increasing our vote totals. As Nancy Reagan once famously said... "Just Say No".

We will oppose any block producers who might choose to participate in this kind of activity, and we take something of a less than favorable view of block producer candidates who air-drop free tokens to EOS stakeholders, when these free tokens might be of value only if those BP candidates are elected by those who received the free tokens. This could easily be construed as an attempt to influence voting for personal financial gain of the voter, rather than voting for the candidates who might best grow and support the EOS blockchain.

The specific questions put forth buy EOS_Go are:

Will the organization offer payment to EOS token voters for any reason, including BP elections AND worker proposals?

Does the organization have a written policy of no-payment for votes? NO. (We don't need one. It's not an issue for us anymore than, say, having a policy on, "no shoplifting". We simply will not be paying people (in any way) for voting for us. And, we have not accepted one dime of outside investment funding or payment of any expenses, to this point, from any sources outside of the people listed on our website, nor will we in the future. Period.

We have spoken to these issues on our website, but, for the sake of completeness, here they are, again.

While the first, and, by far, most important job of a block producer is to provide a stable, rock-solid foundation upon which to grow the EOS network, including excellent personnel, hardware, security and planning for future expansion, we pledge to donate up to 75% of our net profit (after the above primary expenses and needs are met) toward philanthropic efforts. Being headquartered on the island of Puerto Rico, devastated in 2017 by two hurricanes, Irma and taking a direct hit from the Category 5 Hurricane Maria, we have a special interest in helping the citizens of Puerto Rico recovery from what has been a life-changing event. In the name of EOS, we will be donating a substantial amount of money to everyday local citizens to do the basics, like putting food on the table and a roof over their heads, all the while promoting good-will, and understanding of the new blockchain revolution, lead by EOS, and teaching them about it. Not only will this help to island recover, it will hopefully promote understanding and cooperation with the government of Puerto Rico, which is leading the way to make Puerto Rico the new, "World's Capital of the Blockchain" through cooperative efforts between private enterprise and local government, with such recent successful efforts as #BlockchainUnbound, #CoinAgenda, and #RestartWeek, all of which received world-wide media coverage. 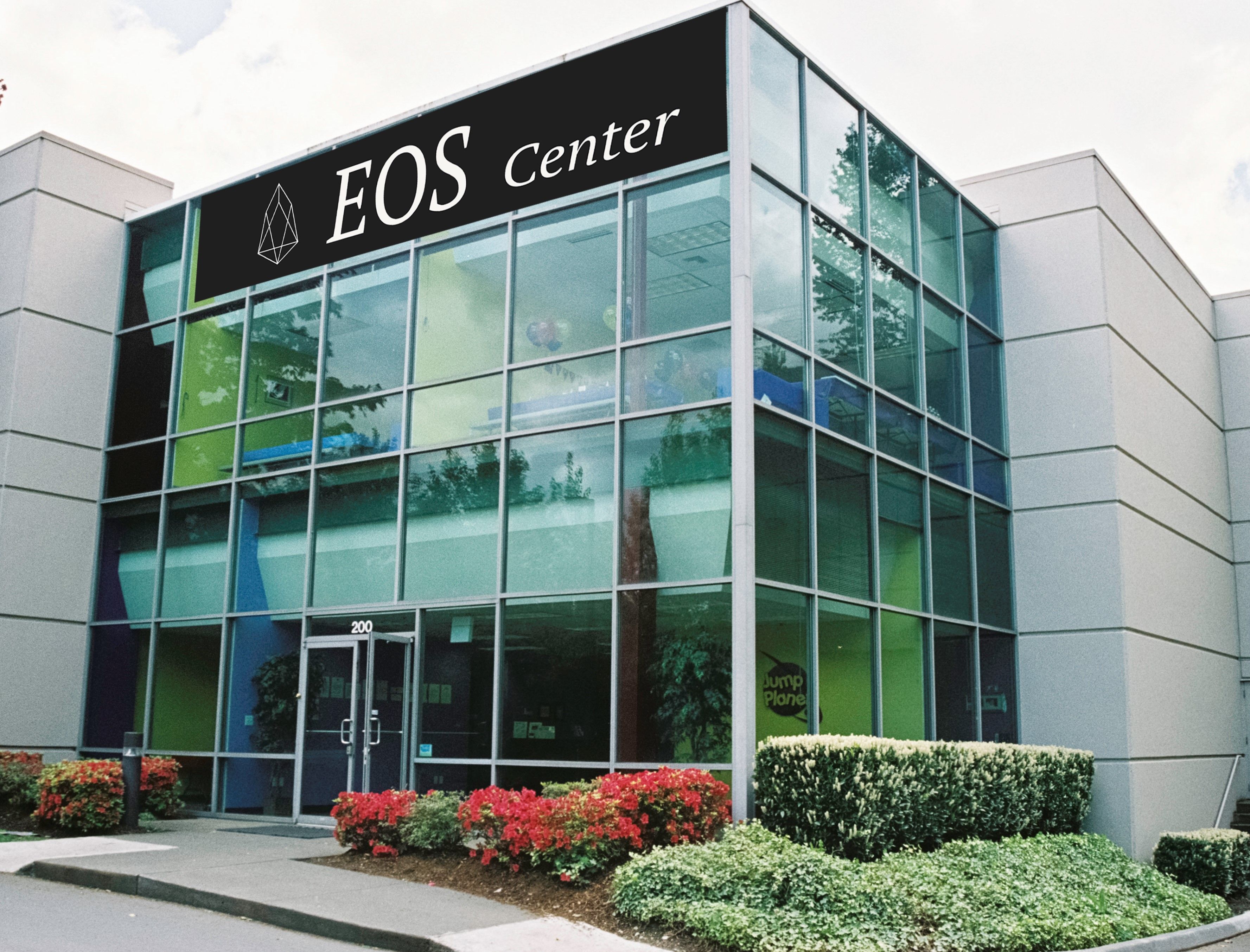 EOS the World will also commit to providing subsidized services to the aspiring EOS dApp developers who will need the same kinds of services we needed to launch our blockchain candidacy... affordable access to legal, accounting, business development planning and advice, and access to elite hardware, high speed fiber optic cable, utility redundancies, and liability insurance. We will provide these online, and through a growing network of "EOS Centers" funded through our philanthropic efforts, and overseen by EOS the World team member, Willard E. Brown, III, a highly-regarded philanthropist for over 40 years.

A member of our legal team, Raul Vidal, Esq. who is licensed to practice law in the US and Puerto Rico, and is fluently bi-lingual, has an extensive background as a lobbyist, and will personally spearhead lobbying efforts on an as needed basis with Western Hemispheric countries regarding blockchain acceptance, and will coordinate with legal teams elsewhere to address potential governmental/blockchain misunderstandings as they may arise. As of June 3, 2018, total expenditures visa vie' the blockchain candidacy of EOS the World, LLC will exceed $500,000, with expenses likely to easily double as we scale, adding additional bare metal storage, and additional server locations and hardware in Europe. Absent team member salaries and server costs, we estimate monthly expenses for redundant fiber optic internet, and data center costs to be $25,000/month.

All hardware financing expenses, staff salaries, travel, advertizing, and community outreach expenses would be in addition to these basic, mandatory, recurring expenses. These expenses are layed out in detail in the Telegram BP cost analysis published by another team, to which we contributed meaningfully.

We feels that relying on legacy internet corporations (who may actually not be, "EOS friendly", and may potentially terminate EOS cloud storage on a moments notice, {see Facebook, Twitter, and Google ICO advertizing bans, and government bans}, is not in the best interest of the EOS network, and sets a bad precedent. Therefore, we will never use legacy internet corporate storage. We will begin with 44 x 8 TB SAS Drive Arrays- 12 Gb/s and increase once storage reaches 50% of capacity. We will always maintain a minimum of 50% available free storage, no matter how fast the network grows, how much storage is required, and no matter the expense involved.

Because of the current climate and prevailing attitudes of legacy internets companies (Facebook, Google, and others banning advertizing, as mentioned), banks refusing to wire money to blockchain exchanges, and other indicators that those currently in control of the internet, government, and thus, the world's economies might not always be, sympathetic to the furtherance and growth of EOS, we at EOS the World feel STRONGLY that storage of vital EOS data should never (even for the early months of the mainnet) be placed in the legacy internet corporation cloud storage facilities (such as Amazon Web Services (AWS), Microsoft Azure Cloud, Google Cloud Platform, Apple iCloud, etc). It is a imminently avoidable point of potential failure which we do not believe is in the best interests of eosio.

For that reason, EOS the World, LLC, has taken the substantial undertaking to provide (for starters) 1 PB of bare metal in-house storage for each of its data center servers, and will continue to provide only in-house, bare metal storage as the network grows, no matter how rapidly, how large, or whatever the expense (which is anticipated could become sizable) as time passes and the network grows. Whenever our storage units become 50% full, we will immediately double the amount of storage, or enough to provide 75% available storage on all primary and back-up locations.

I do not need the money either, although I do not have enough to retire (I would not retire even if I would have them btw), although I like money cause they are part of life, they are energy, I do have enough to sustain my family, but I pledge the same principles and values expressed in this post.
May the force be with you fellow earthlings.