When listening to numerous presentations and panel discussions during the recent Blockchain Summit in Shanghai, we had a feeling that most of the issues raised there are already solved, or at least thoroughly addressed, by EOS.

In this context it's quite unfortunate that EOS was not able to participate and officially present its case during the conference - apparently this was due to ICOs being banned in China just one day before the event.

In the backstage discussions, we tried our best to make up for the absence of EOS among the official presentations. Below are the outlines showing the way of thinking we were trying to spread in Shanghai. 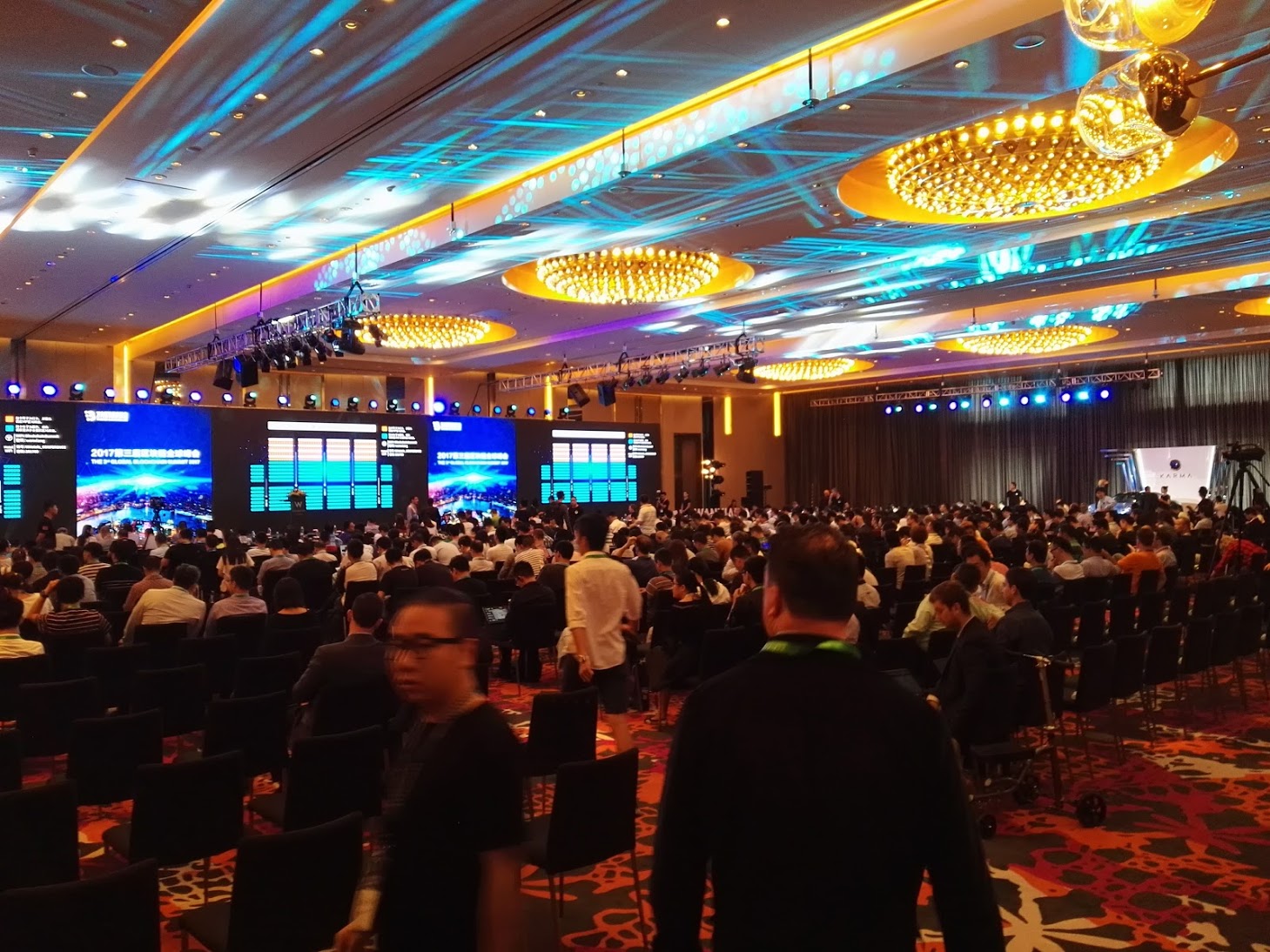 Scalability is considered to be the number one problem facing all major blockchains, including Bitcoin and Ethereum. The only way to tackle this issue boils down to relying on a second layer of transaction processing: Lightening Network for Bitcoin and Plasma for Ethereum.

Contrarily, EOS solves the problem on its primary layer - it will be able to handle several thousands transactions per second, even before parallel execution of smart-contracts is enabled.

It has become evident that none of the many businesses currently being built on Ethereum or Bitcoin can have any economic viability at the current level of transaction fees. As fees are under miners' control, the only way to address this problem is to rely on the second layer transaction processing and assume that transaction fees applied there will be significantly lower. Yet there will be no guarantee on their maximum level, thus making businesses vulnerable to the underlying cost.

Again, EOS solves this problem before it even appears - it introduces a very different economic model, which entirely eliminates the necessity for transaction fees.

How to handle the inevitable problem of people being hacked and losing access to their blockchain accounts? One of the panels ("The Technical Issues and Solutions Regarding Blockchain Development") mentioned this problem and considered it a crucial one, with reportedly no solution currently available.

Again, nobody on the panel seemed to be aware that EOS (and Steem) has solved this very problem quite successfully. EOS will provide its users a way to restore control of their account when their keys are stolen. Thus, this important issue has already been addressed - not ideally, but still it's definitely a big improvement when compared to having no protection at all.

This problem has been raised quite a long time ago by the smartest people in the space (e.g. Charles Hoskinson). How to set up an incentive scheme in a decentralized environment so that decision making is performed efficiently and orderly?

Delegated Proof of Stake (DPOS), the consensus mechanism chosen by EOS, admittedly is not universally accepted as the optimal solution in the cryptospace, yet the following fact cannot be denied: DPOS addresses the problem head-on and offers a solution, without pretending the problem does not exist. Also, the introduction of a blockchain constitution, being an integral part of EOS, helps a lot in this respect.

One possible solution preventing smart-contracts getting out of control is to find a way to formally verify their code before they are deployed (as described during the summit by Xia Yang's presentation: "Smart Contract and Formal Verification"). Formal verification is still an uncharted territory in case of smart-contracts, and even if progress is made in this area, this will always be only a partial solution (at least until the extremely ambitious Tau-Chain project turns out to be successful).

Again, EOS is addressing the problem quite well. Instead of maneuvering between theoretical catchphrases ("code is law" or "unstoppable smart-contracts") and tough reality (the DAO debacle), EOS offers a very pragmatic approach: despite the best efforts, dangerous bugs in smart-contracts will be happening and all we can do about it is find a good way to handle them in an orderly manner. EOS introduces the notion of arbitration for resolving disputes (including disputes caused by bugs). This feature will be supported directly by the blockchain. Also, EOS constitution will make arbitration an integral part of the smart-contract life-cycle.

We think this is the only area where EOS does not seem to have any particular advantage over other smart-contract platforms. We hope that EOS, despite its different architecture (i.e. consensus mechanism being based on agreeing on messages instead of state), will be able to apply the same confidentiality solutions as those being currently introduced on Ethereum's Metropolis edition.

The sky is the limit if EOS delivers...

Thanks for the update.
As for me, I found the bit about Ethereum interesting : "It has become evident that none of the many businesses currently being built on Ethereum or Bitcoin can have any economic viability at the current level of transaction fees. " -- I see that EOS apparently has a solution to this

And the bit on EOS and confidentiality of transactions - well, I don't know much about EOS yet. Will have to explore further. I did find this article:

Nice trolling. The article clearly states that EOS has advantages in 5 key shortcomings of ETH and BTC, and only 1 on par feature.

Thanks for the info, much appreciate your effort.