As you all know launch is just around the corner. In preparation for launch a motley crew of developers and BP candidates have been working on an EOS Voting Portal in their (very limited) spare time.

Block.one has made it clear that, at launch, their software will support voting via command line, but will not provide an end user interface.

Our intention is for the EOS Voting Portal to allow token holders to efficiently research and vote for BP candidates. Having a clean and functional voting portal IS A MUST for the EOS community, as it will enable a much wider range of voter participation beyond those people comfortable with voting via a command line, and the sooner such a Portal comes to fruition the better.

This is where you come in. We need your help. The portal is about three weeks away from a beta launch, but the project has been tough. As many of those contributing to the portal are BP candidates, their time and attention has been pulled in many different directions. So EOSTalks in coordination with EOSGo, IMEOS, and Koreos is requesting that ALL EOS COMMUNITY members (with a special appeal to BP candidates) able to donate funds to the creation of this project due so ASAP. The extra funding will pay for development, testing, and execution. Most importantly it will REWARD hard working self-starters that are creating an awesome portal for the community to use, no strings attached.

This project is being worked on by some of the most well known and trusted members of the EOS community, so you do not have to worry about the funds being abused or misused. Participants include:

The funds will be collected and disbursed via...

GO FUND ME:
If you want to hold on to your EOS and would rather donate via USD, you can do so on our Go Fund Me page

UPVOTING THIS POST:
All rewards collected on this post will be cashed out and given to the EOS VOTING PORTAL POOL. Please upvote, resteem, and promote this post all you can.

MORE ABOUT THE PORTAL:

The EOS Portal we will allow BP candidates to add attributes to their candidacy. These could be tangible things like hardware specifications (number of machines, network, ...) and scaling plans, as well as intangible things such as reasoning behind wanting to become a block producer, moral values as well as other campaign promises, etc.

Voting via EOS Portal will add metadata to the votes to allow the voters to specify which attributes that made each individual voter place their trust in each specific BP. This data will then be used for:

Voter perspective
Identify other BPs / proxies of interest to look into
“Pair” with other voters that have the same compass and prioritization between sets of values as oneself
Find their individual places within communities in the community
Receive weighted notifications based on level of pairing with BPs, proxies and voters

EOS IS GOING TO CHANGE THE WORLD. LET’S JOIN TOGETHER AS A COMMUNITY AND GET THIS THING BUILT!

EOS NY has been a pillar of the community; thank you so much for supporting this project.

For those messaging me asking if this is legitimate. It is.

EOSphere fully support this initiative and have donated, thanks for helping to bring the community together to make this happen.

Thank you for the huge donation!! We appreciate your support and look forward to collaborating in the future.

For those wondering why b1 isn't building this, we have to step back and look at all the pieces.

Block.one wouldn't just have to build the portal, they would have to build everything necessary for securing user's keys as well, or endorse Scatter which isn't something they can do.

By allowing the community to build this we have every tool at our advantage whether it's from block.one or elsewhere.

I can appreciate that b.1 doesn't want to build the voting portal but this seems like exactly the kind of project they should be funding???

Agreed, the whole thing about b1 not launching and all enforces real centralisation. But still, given the amount of airtime eg Thomas Cox has invested to provide guidance on details of the launch, the necessity of building a wallet and voting portal could have been stressed a bit more at the least....

Excellent initiative, thank you Katie. Looking forward to a tool that will help voters select the best BP candidates in the most efficient manner possible.

Every little bit counts; thank you for your generosity!

Ok EOS community lets help these developers out. We will need this tool real soon.

Yes; I really want us to show the world what the EOS community can do!

Isn't this the purpose of the $1B+ funds Block One raised? Why is the community being asked to contribute funds when the ICO funds should be more than ample for a critical feature?

Blockone build and release open source software, everything beyond the operating system is the communities responsibility

Absolutely nothing stopped block.one to create generic open source solution which can be reused by any chain. Something like an addon or utility to the main software. There is no excuse for this failure.
People will laugh when they hear we need to donate to make this happen.
By the way, what is stopping block.one to donate some money for this ?

Likely for legal reasons. They are staying out of the community launch process. While you are right, maybe they could have developed an open source tool for it, I'd rather them stay focused on developing their blockchain :)

I tend to think its for legal reasons.

They did. It's command line, and it's not easy to install.

"Yes; I really want us to show the world what the EOS community can do!"

The world has already seen what the EOS community has done.... i.e. donated well in excess of a billion USD to block.one. No legal strings attached!

Voting is key to this whole thing taking off and yet nobody anticipates a return donation from block.one. Instead the rallying cry is for the EOS community('you') to have a whip-round.

People outside the EOS community are going to make a mockery of this.

Perhaps block.one, being part of the community itself, will see the silliness and cough up a return donation for this to get funded asap.

That's a better title, @summerskin. Thanks for that ;-)

Upvoted to show my support.

Just did my part to help 👍😉

I'm going to forward this to the italian community! we'll support you! thanks 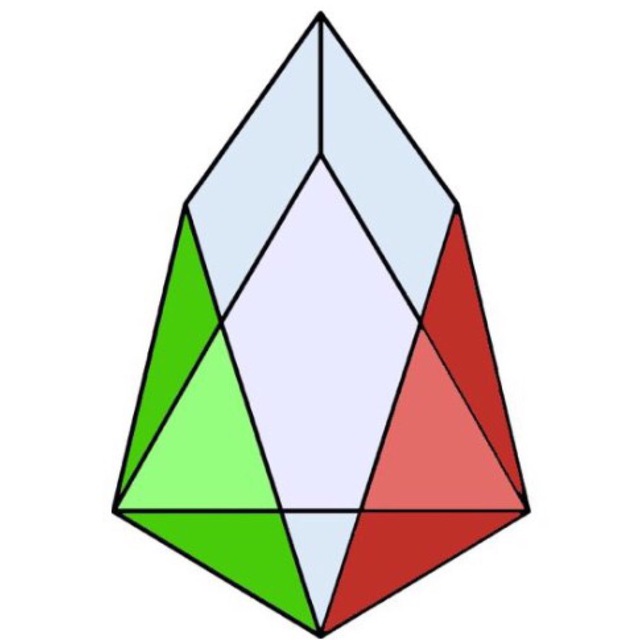 here we are with our brand new steemit account!

Changing my post, I have resteemed to get more exposure!

I like what you guys are doing for the EOS blockchain @summerskin and have upvoted and followed you.

Let us formally introduce ourselves, we are Traders & Investors Mentor Market (TIMM). We're very involved in anything financial related, looking for individuals/organizations interested in sharing/seeking financial knowledge and wealth.

We would like to do so by creating a secure and centralized location where individuals can find what knowledge they seek in a fast, easy, and secure manner.

I'd like to see an organization like your succeed and believe TIMM can share and extra hand in getting your value proposition out to the world. Feel free to follow us to stay in the loop with what TIMM has planned for the near future.

That’s so great! I would recommend joining the groups to connect with likeminded individuals:

This is so cool to read such an appeal to us all, thank you for your incredible initiative and information.

Ms. Roman- My name is Brady Dale and I'm a writer for CoinDesk, the crypto industry news site. This project is relevant to a post I'm working on and you might be able to explain some things I can't seem to sort out about the EOS launch. Any chance you could email me? [email protected]

Thank YOU! This post is super important. Thanks for keeping us informed and up to date!

Thank you Sean, and thank you for your teams contributions to the project!

Excellent initiative, upvoted and resteemed for visibility, certainly will add my part, if only small.
Will you inform us how much you have collected and how funds are distributed?
Will you invite beta testers, i think it would add robustness if testing is also done outside developing parties.

Absolutely! The developing team is meeting today to discuss these issues, as well as others. I will be giving bi-weekly updates here on my blog as to their progress, and how much money has been raised overall. At the end of the donation period (July 1st) I will publish a financial breakdown of what/who the funds went to.

A public Telegram channel surrounding the portal has been created; you can join it and speak to the team directly!

Awesome, this sounds great, thanks for the effort

Upvoted of course, although it really does feel kind of weird to think we have Block.One sitting on Millions, a Voter Proposal Fund Mechanism and VC Funds in the Billion yet us Block Producer Candidates are funding the system to enable a front end voting interface!

Surely this ought to be part of the software B1 are developing because whoever ends up using eos Blockchains is going to want to vote for their BPs and lets face it command lines are not good for wide scale adoption!

That was my comment as well. This has nothing to do with the network launch. SW they create is open source and reusable. By the way... what is stopping B1 to donate some money for this ? :()

Thank you for the hard work to create this voting portal. It's extremely important. EOSAmericas is honored to support your efforts.

What is the fund raising $ goal?

The team is putting together the numbers tomorrow; I will update you as soon as a goal is settled upon.

Brilliant Initiative, a really needed cause. We support this 100%, will donate and are willing to help out where we can.

I'm really glad to hear different minds are joining together to solve this challenge in so a short time. I'm really exited for you. We've done a donation through @eosmeso but really would love to be more involved in the project. Is there telegram channel where you're discussing the solution?

I really hope you the best.

What do I need to help, I will always be willing to help ..
Upvote and resteem done ..

I have done it @summmerskin

We know B1 is not launching the chain but absolutely nothing stopped block.one to create generic open source solution which can be reused by any chain later on. Something like an addon or utility to the main software. There is no excuse for this failure.
The whole crypto community will laugh at us when they hear we need to donate to make this happen.
By the way, what is stopping block.one to "donate" some money for this ? Aren't they Cayman Islands based company and can do whatever they like ?
I will donate but I am disappointed and with the main net launch in just few days all this looks pretty hectic and this is one of the longest ICOs ever.
Who can guarantee that security aspect of voting process will be on acceptable level ? Can this be really tested in just few days ?

Thank You all guys and girls in the EOS community who work on this. I will personally support all your actions.

Amazing effort! Can't wait to see the final version of the portal

Adding my piece (vote) to the pile.

upvoted and resteemed - revolution is there.

Hello, I have followed you and got votes on Steemit, be kind enough to follow me. Let's create a great community. Thanks & Best Regards