Voice of Steemit is the voice of every person on Steemit. We provide you the platform to make yourself heard in the society, we bring out the untold stories which were always hidden by individuals for the fear being judged by the society or for the lack of right people around them or fearing for their life when they have something to tell about the political system around them. You now have a chance to tell the world your story and talk to people who relate themselves with the similar thought process as that of yours. Your identity is hidden, yet your message will reach out to wider audience of a global scale. Most exciting feature of this project is you get rewarded with tokens for all your efforts.

We will be coming out with various sub projects as we go on, from social, cultural or political issue, this platform will stand as a voice of Steemit. In this regard first sub project will be Suicide Awareness Campaign, where we mainly deal with people suffering in silence under depression. 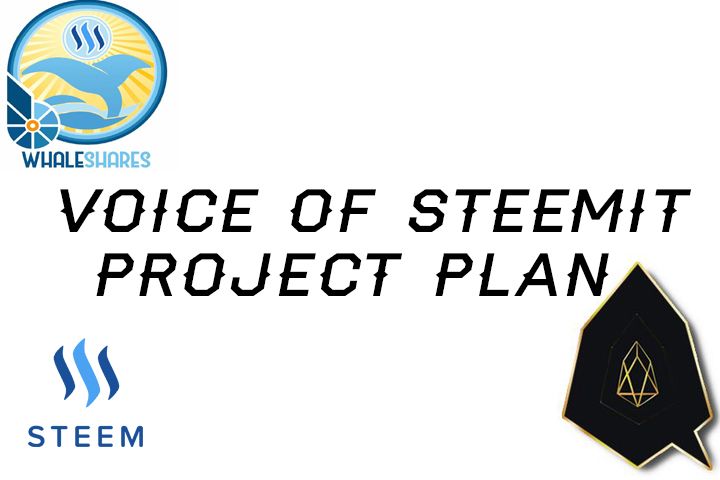 Suicide Awareness Campaign : Be A Sharing Heart To Those Under Depression

Project Abstract : Depression is one topic that touches almost everyone in life, we all go through that phase in life where we suffer in silence. Fortunately some of us will always have right people around us to share our sorrow during this tough phase of life, whereas there are many who continue to suffer in silence and when they no longer can sustain the pain take their lives. Through this campaign we bring out such people, give them the hope that they are not alone in their fight, connect them with people on Steemit who are ready to share their sorrows, bring them back to healthy life by giving them mental health counseling. While we do all this the identity of person sharing his/her story will be completely hidden for all the right reasons.

1) People Under Depression:
People who are under depression suffering in silence play a pivotal rule by telling their story, they write their story to us, which will be posted by us by keeping the sender's name anonymous. We will be putting our best effort forward in making such stories reach wider audience. People who go though the story and willing to be a part of this drive will be made to speak to the person sharing the story through platforms like Discord and Mumble hangouts. People sharing stories will get new friends and rewards post makes will be shared with them along with few tokens.

2) People who have gone through depression and now out of it :
There are many among us who have suffered and now out of it. These people serve as right examples to tell their story of survival which will serve as an inspiration to others who are still suffering. It takes a brave heart to come out and share such stories, so such individuals will be rewarded with tokens and will stand a chance to be a part of our core committee. They will also be a part of counseling team if we feel they can do justice to that role.

3) Core team and counselors :
The core committee who will be driving this project, it consists of a Steemit witness, People who have studied human psychology, Motivational speakers and others who have come out of depression to lead a healthy life. 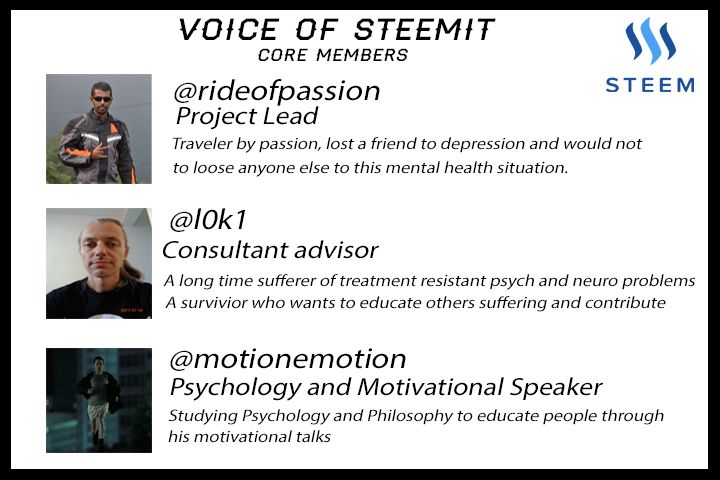 Every person involved in this drive will be rewarded with Voice Of Steemit tokens, these token can be used to upvote the posts. Along with this the earning of posts which carries the story will also be shared with the person who is telling his/her story.

With this drive we want to see a positive change in the lives of those people, we want to again reassure you all that if you are under depression, then remember one thing, YOU ARE NOT ALONE. You have a voice and we will be there with you in this fight.

We are delighted to see this project driven as a token project from Whaleshares community and EOSForums. We thank @officialfuzzy for the opportunity given in driving this noble cause.

We will soon start inviting stories here, so stay tuned to this space for more. If you like the idea of drive do not forget yo

Hope we will be able to help !

How weird and strange of this announcement after another famous person just commited suicide :
https://steemit.com/steemit/@exxoy/r-i-p-linkin-park-vocalist-chester-bennington-commits-suicide-shocking-2017721t11021235z

Yes I just read the news n was deeply hurt... It again makes me realize no matter how rich or famous you are.... Internal peace is very important

@alokkoshal - Thanks a lot bro, for the support shown

This is wonderful, sorry I didn't see it sooner.
Following to keep updated with the project!

@isaria - Thank you for the kind words, I just hope people comeout wit their stories and find the support system here... a place where they dont have the fear of being judged instead they will be helped by people facing similar issues.... Do feel free to join in ... My discord ID: @rideofpassion #7223

So, how does it work exactly? Is it a specific discord channel? Do people share their stories anonymously?

Yes people share their stories with us and we publish thru our central account... the identity of story teller is kept anyonymous.... people who relate with the cause show interest in sharing the story of depressed soul and offer their supporting thoughts to form a support system... and story teller will be rewarded with project tokens which they can use it as they life... if there are any doubts with what I just explained, feel free to ask :)

Great post @rideofpassion, hope this will help people in need, and let them know they are not alone. Although they think they are.

@remoc - Thanks a lot you found this worthy enuf to be driven as a project, need all your support to make it a worthy cause

this is a great thing to start and it is also very helpful coming from a community like steemit. i have seen what depression can do and from the experience, i am writing a book to help people understand depression and live above it. it was news in Lagos nigeria how a succesful medical doctor jumped to his death because he was depressed. this is a great job guys, i will follow through and also share my thought and work should the need arise. thanks for sharing @rideofpassion

@outhori5ed - I am very happy to know that u have connected with this drive, I am sure with all the right people supporting this we will be able to help many people and give them a healthy life....Thank you

yeah. that is what is important. we must try to prevent the next death due to this cause... Thank you for starting this platform definitely would be willing to tell my story to help others as well as be available to talk to those struggling..

I am waiting for more!

@eirik - Thanks a lot Eirik.... I will keep updating this space on daily basis... Thanks a lot

keep it up Buddy. Many people commit suicide because they don't get proper guidance and support. This project would be helpful for many.

@hammadakhtar - Thank you bhai,I am happy that people are understanding the intention well

That's cool. It's awesome that you're using this platform to not only help those that need a ear to listen, but often times being able to help others gives people a sense of self worth. So your fighting depression from several fronts. Good luck. Nice work :)

@dreamingirwin : I feel I am on the right path when I come across people like you supporting the cause, do stay tuned to the space for more related to my drive

wonderful idea. I would love to help in someway. I dealt with severe depression and illness for a large part of my life. I learned a lot along the way.

@tim-rumford - Thank you for the consideration, I would be delighted to have you in the project....I am sure you will add lots of value to it...Kindly connect with me on discord....

Great initiative! Always willing to help in any way I can. Appreciation to everyone involved.

I will be looking forward to have you in the project in someway.... Thanks you for the interest shown.