franceos is a group of French crypto-economic players who are candidates for block production on the decentralized EOS network.

franceos team members are proud to be the first to represent France on the delegate list. All share the same vision of decentralized value exchange systems, through the following core principles. EOS is the most ambitious project ever developed in crypto-economic universe and we are convinced that EOS will become the platform of choice to deploy decentralized applications. EOS consensus system (delegated proof of stake) is the most elegant solution to maintain a scalable and solid network while remaining sufficiently decentralized. We therefore propose our application to become a block producer. Adrien Bensaïbi - Chief Technical Officer
Founder of ADAPP. Node operator since 2015 for various blockchains. Expert in scalability and web availability issues. He is interested in EOS in production. developer C++ , Rust and Linux. Active member of the Cercle du Coin, organizer of the BitcoinTalksLille meetup. Morgan Phuc Calmejane - IT Director
Born from a university degree (mathematics and physics), he co-founded BitConseil.fr in 2014. Editor-in-chief of this analytical site and associate editor-in-chief of Journalducoin.com. He is also a trainer in distributed ledgers and crypto-economics at BitConseil's training centre. Lucas Ermisse - Chief Operating Officer
A lawyer by training, and convinced by the emancipatory potential of Bitcoin and crypto-currencies, he launched Journalducoin.com alongside Romain Didierlaurent in June 2017. He has since taken on the role of editor-in-chief and leads a team of journalists on a daily basis to cover all crypto-active news. Robin Calmejane - Lead Developer
Trained since 2005 in web development and webdesign, he discovered Bitcoin in 2014 and found a passion for blockchain systems, smart contracts and other decentralized applications (dapps). Co-founder of BitConseil, he firmly believes in the economic-political innovation of these protocols.

Adrien Jund - Lead Developer
R&D project manager and C/C++ developer in the field of RFID security. Active contributor in open source and maintainer of the Dokany project https://github.com/dokan-dev/dokany, reference like the FUSE for Windows. Crypto-enthusiast, he is involved about the technical and security aspects of the EOS project and its actual applications. Benoit Huguet - Chief Investment officer
After meeting Bitcoin in Argentina in November 2012, he co-founded BitConseil on his return to France. Very involved in the French-speaking associative fabric, he became administrator of the French-speaking association the Cercle du Coin in 2015 and co-responsible for the historical Bitcoin meet-up in Toulouse. Author, he is also an investor and manages Bitconseil's training department. Romain Didierlaurent - Chief Marketing Officer
Having discovered Bitcoin in 2015 after a long night of insomnia, he creates Journalducoin.com in June 2017 after having made an observation: French-speaking environment is developed but it still lacks a media of reference. Very involved in sharing with the French-speaking crypto community, he presents JTduCoin every week on YouTube. A former medical student, but also a much passionate crypto-enthusiast. Spending most of his time studying projects, ranging from the shadiest to the most notorious ones and browsing blockchain-related newsfeeds in different languages. Working as an editor and translator at Journal Du Coin, he also is definitely into communication and marketing. He finds out about the EOS Project back in summer 2017, et decides to commit hisself getting the technology known among the french community.

The members of franceos team, mainly from the Bitconseil.fr and Journalducoin teams, are established in a sustainable way in French crypto-economic ecosystem. In addition to our daily involvement in the sector, through BitConseil since 2014 and Journal du Coin since 2017, our existing structures allow us to reach French-speaking EOS users in particular. Communication will be regular and we will rely on the experience gained at Journalducoin.com to be seamlessly responsive to EOS announcements and developments. Beginners will benefit from constant support, an activity that has been close to Bitconseil.fr's heart since its inception and we will make many resources available to users to understand EOS or develop decentralized applications.

The servers are hosted by OVH and located near Paris, PCI-DSS accessibility level. They are monitored 24 hours a day, 7 days a week.
To start, our servers have the following specifications :

Franceos will have several areas of focus :

franceos team will propose to developers interested in the project to join us, in order to create tools and interfaces with the EOS network, as well as decentralized applications.

franceos team is committed to respecting EOS constitution. franceos considers any form of plutocracy ("vote buying") or collusion between block producers as harmful to the network and the community as a whole, and will never engage in this type of activity. franceos defends a vision that promotes general interest and is based on the following pillars : Similarly, Franceos is committed to funding the development of decentralized applications that respect members' vision : Franceos will campaign to be elected as a block producer by bringing added value to the ecosystem as a whole, especially to Francophones.

Franceos undertakes to communicate regularly on its budget and on the allocation of dividends resulting from production of blocks, in a totally transparent manner.

By voting for franceos, you give life to a French-speaking EOS community.

Greetings new members
Happy to see you join Steemit, if any questions about this platform, please click www.steemithelp.net
Kind regards

I am so happy that you are here, franceos! I wish you a great journey here in this loving and caring community :) All the Best

Thanks for your comment and invitations !
We always appreciate good mentoring :-)

@franceos, A warm welcome to Steemit. This is a great community and I know you will have a great time here.

I want to invite you to join the discord channel #steemschools https://discord.gg/eTZqQvk and we will teach and support you to grow up in Steemit, to choose the right topic to attract readers, to use the right tags to get more visibility, how to make quality posts and comments on Steemit. 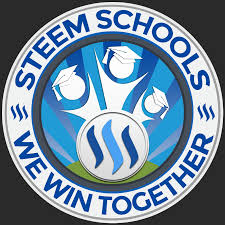