In 2014, Daniel Larimer introduced the concept of Decentralized Autonomous Communities, or “DACs”. To realise this concept the EOS software has been developed by Block.one led by Daniel Larimer and Brendan Blumer. Block.One’s early presentations talked about EOS.IO software ushering in ‘The Era of DACs’. They showed how DACs were more transparent, auditable, trustworthy and inclusive than existing companies and how this would result in DACs being ultra competitive.

eosDAC shares the same vision for how DACs can disrupt how business can be done. We believe that these new business models can challenge how we think about what a company will be. Blockchain technologies introduce new business opportunities which create value and give it back to the community, rather than only extracting resources from their environment. All connected parties to the DAC are incentivised to continually add value, therefore stimulating creativity and growth. 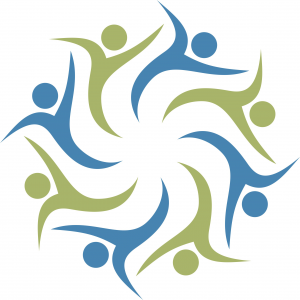 eosDAC was born out of this vision and its initial focus is to become a block producer of the EOS main chain. As a result of it's 75% token airdrop to EOS token holders, eosDAC is uniquely positioned to add value as the block producer owned and controlled by the EOS community. However, this is only the starting point for what eosDAC could become.

In order to function, DACs need tools that aren’t currently available. eosDAC will create these tools and, through its commitment to open source software, will share them as a DAC Toolkit that anyone can take and use to set up and run a DAC.

This DAC toolkit will evolve organically and over time and will include the core concepts of membership, voting, custodians and proposals. Any account holding DAC tokens can become a Member and get rights to benefit from the DAC, stand as a custodian, vote for custodians and submit proposals. Custodians are the DAC decision makers and will be continually voted for and held accountable by members. Proposals will be voted for by custodians and once approved (subject to available funds being available) will be implemented, checked and paid for. All proposals will provide some deliverables and benefits to the DAC ecosystem.

The DAC toolkit will need to make sure that all of the different cogs of the DAC machine run smoothly. Over time, other DAC structures and tools could be supported. It is also envisaged that other individuals, groups and DACs will join and build upon the toolkit. Beyond software, the toolkit will also include best practices alongside legal and regulatory guidance for different jurisdictions. This will include a case study on eosDAC’s endeavors.

eosDAC will continue to work on suitable 'off-the-shelf' structures for DACs to interact with the worldwide legal and financial systems, in fact everything that a new DAC will need in order to be established and flourish.

eosDAC is continually looking for skilled individuals to join its mission. There are currently great bounties available in the following areas.

Come and chat with us in our telegram group https://t.me/eosdacio and let us know what you are interested in.

All tools will be built using an iterative approach and will continue to be actively improved through proposals from the eosDAC community.

I cannot wait to turn OneLove.Eco into a DAC. Thank you for building and sharing the tools that give our ideas opprotunity.