Is EOS token distribution shady or am I misunderstanding it....

I found out that everyday 2 million (2,000,000) EOS tokens was being distributed. And it was shared among the contributors as below

The EOS was distributed each day which they called period. I had participated the previous day , which was period 35 and this time it was period 36, currently at the time of posting this story period 37 was running.

In my case I had 0.6 ether to contribute (a), total EOS tokens available was 2 million (2,000,000)(b) and this value C which is total eth contributed by all authorised purchasers during this period would go increasing up and up until the final moment.

I used chrome metamask wallet and the EOS distribution app, which was the easiest way to get EOS for me.

I kept a close eye on the final moment of the distribution till the very end. The distribution would end early morning and I hadn't slept all night just to witness this shady business. At the final minutes I took snapshots of the total ETH Collected screen... which are as follows.... 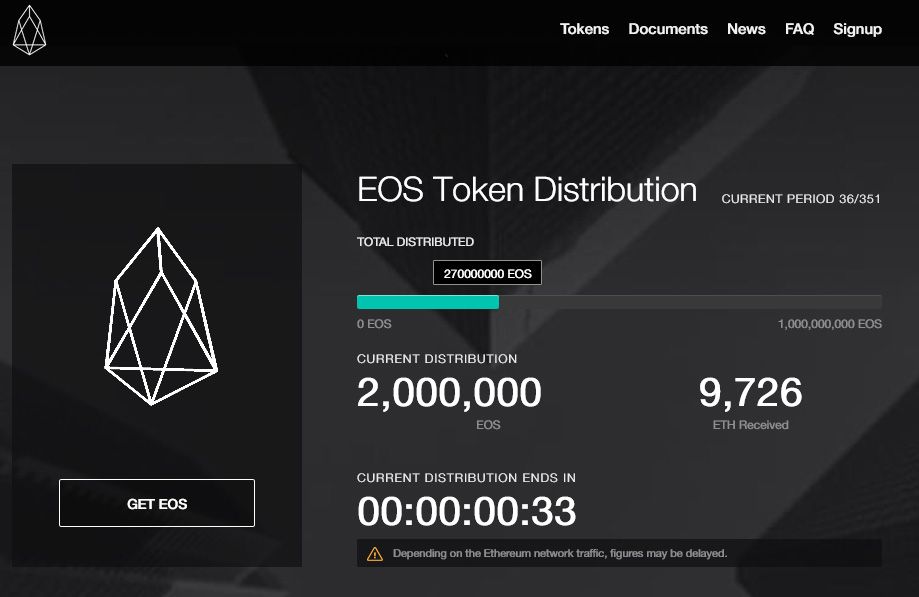 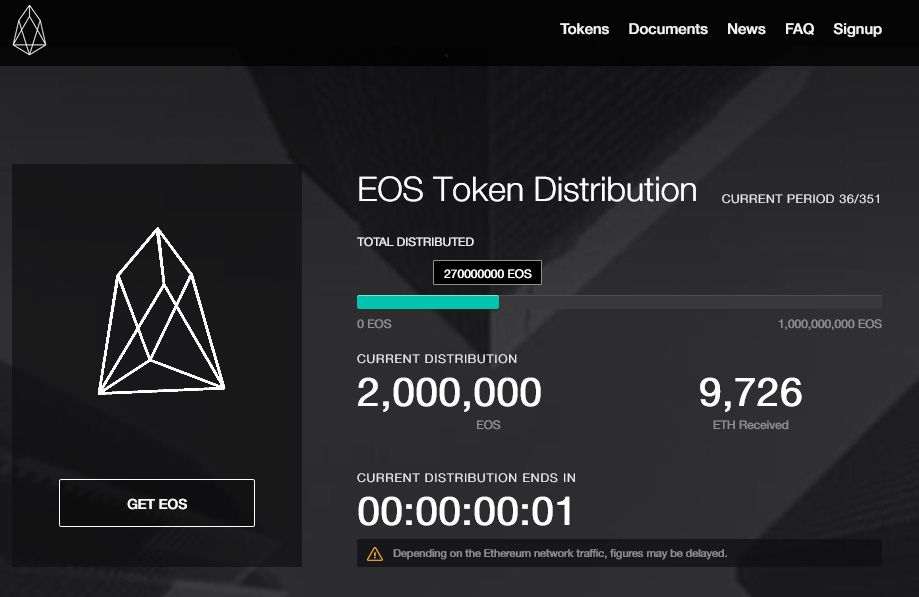 Can anyone tell me what is this if not a shady business. Or maybe I am wrong so please explain me what happened. Someone already said this but it looks like the answer you are going to get is that there were tons of people sitting and glaring at that 9,000 figure just like you were and jumped in at the last minute....

You could hypothesize just by looking at the history and figure out how much you will get.. I just woke up and my math is shitty but it looks like you just got the standard payout for your Ether. Hardly worth staying awake the entire night to cash in on... It sucks, and would have been nice to get the expected 120 EOS that you hoped for. It's wrong in fact, you should have got it.

It bothers me that there may have been a thousand other people doing the same thing. It's like those filthy Ebay bidders. You think you got it in the bag and then Poof! it's gone!

But now I'm interested to see if you are right. It looks like they never have a bad day and the same people come back every single day ?? I don't fn think so my friend. I don't like those numbers and now I want to try it myself...

No, I'm sorry @ashwim. Something is very wrong here. I just reviewed what he's talking about and it looks like that count is way way off... How does that counter work? Is there a delay of some kind? bro, you need to bring this to them and get your 123 coin.

ask Dan Larimer @dan about this or @dollervigilante

Last minute buyers looking to make profit. It's a gamble either way but most days are not worth it but when it is you can make a lot of profit.

Programmatic buying in the last fraction of a second.