WHAT WE DO IMPACT OUR LIVES

Indiscriminate dumping of refuse or waste has become so rampant. Walking down the road of Adenike, Ladoke Akintola University Ogbomoso this evening aroused my spirit to examine some effects of indiscriminate refuse dump. 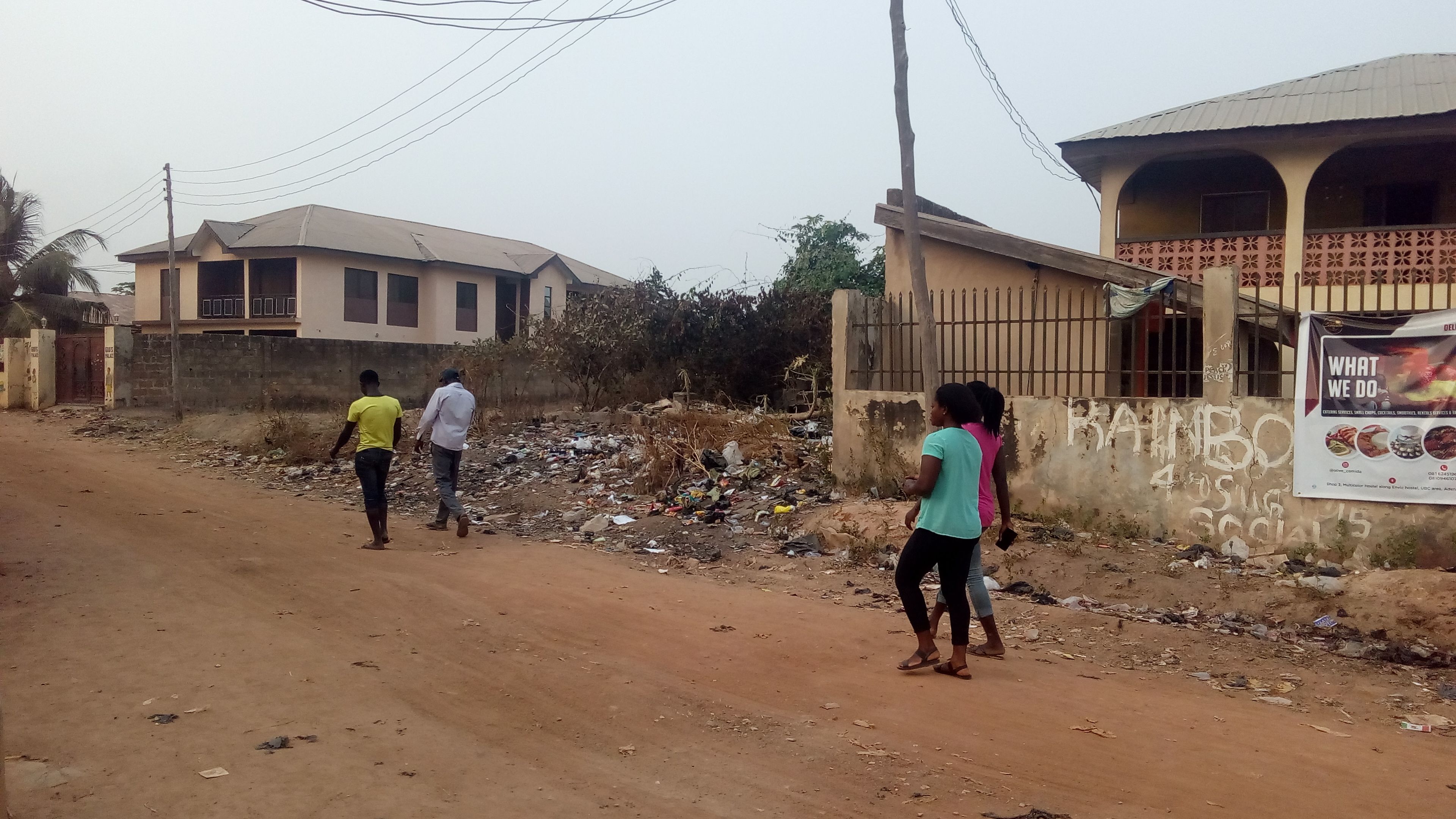 Disposal Olokor (2001) asserted that the impact of indiscriminate disposal of refuse has been a worrisome health issue for quite sometime. I now narrow down the effects to these few:
•Breeding of insects: Indiscriminate dumping of refuse breeds insects like mosquitoes, houseflies, lice, tsetse flies, cockroaches which transmit diseases like malaria, viral encephalitis, typhoid, paratyphoid fever, diarrhea, dysentery, cholera, gastro-enteritis, amoebiasis, conjunctivitis, sleeping sickness, relapsing fever, scabies, filariasis, enteric pathogens etc.
•‎Refuse dumps give rise to smug and air pollution when burnt openly: There is air pollution in the event of accidental or spontaneous combustion of refuse. Air pollution means the presence in the atmosphere of substances generated by the activities of man that interfere with human health, safety or comfort. It is injurious to vegetation and animals and other environmental media, resulting in chemicals entering the food chain or being present in drinking water, causing health problems to man.
•‎Possibility of water pollution: If rain water rushes through the dump site, it will contaminate underground water table through leakage and it will cause water-borne diseases like diarrhea and vomiting, hepatitis A, hepatitis E, poliomyelitis, typhoid and paratyphoid fever, bacillary dysentery, cholera, amoebiasis, worm infestations, schistosomiais and guineaworm or tape worm.
•‎It can cause flooding: Indiscriminate refuse disposal causes blockaged of water channel thereby causing runoff water to the streets and, ultimately, destroyed buildings and properties. Erosion can cause famine in a nation and flood can cause loss of lives and properties.
•‎Fire Disaster:* Burning of refuse or indiscriminate throwing of cigarette stubs into refuse dumps may cause fire disasters which can lead to serious devastating effect on human beings. It may lead to loss of lives and properties as well and this can destroy an household, even more. •Environmental hazards/degradation: Indiscriminate dumping of refuse will give rise to offensive odour which is a source of nuisance to human existence as excessive intake of this polluted air can lead to choking of the lungs and breathing difficulty. People who are asthmatic can also react to the offensive odour by suffering from attacks; death can also result if any of the breathing problems is not promptly managed.
•‎Environmental accidents: Refuse like broken bottles, heaps of hazardous things can cause severe injury to children and adults and can lead to tetanus infection, which can subsequently cause death to the injured.
•‎Spread of water-borne diseases: Indiscriminate disposal of refuse can give rise to spread of water-borne diseases like cholera, typhoid fever, diarrhoea, poliomyelitis, worm infestations and onchocerciasis and hepatitis.
•‎Epidemic Outbreak: Such diseases like; cholera, typhoid and paratyphoid fever, diarrhea and vomiting can outbreak leading to serious health implications. It can also lead to spread of diseases. 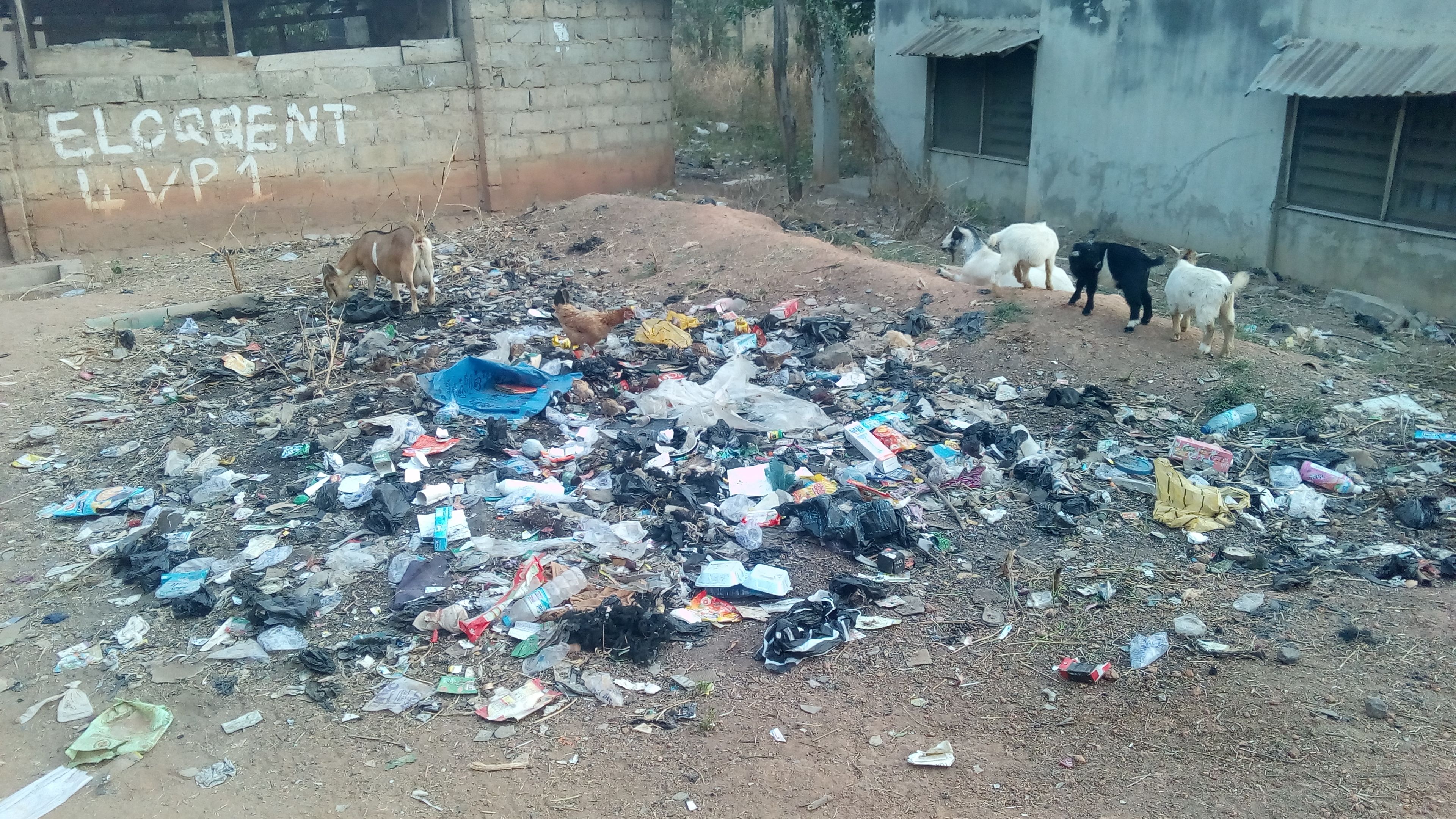 Piling-up of refuse can constitute nuisance and unpleasing scenes especially when dumped in strategic places like motor parks, residential area, market places or on the streets causing offensive odour and health hazards.
Refuse dumped around residential area is not acceptable as it can cause spread of disease. From my experience, many students' hostel doesn't have a container for dumping refuse. Taking Multi-Colour Hostel, Adenike area, Ogbomoso as a case study, refuse disposal has been a huge problem to them in the area.

Submit
$1.48
13 votes
3
Authors get paid when people like you upvote their post.If you enjoyed what you read here, create your account today and start earning FREE STEEM!
Sort Order:
[-]
solarcoach (54)  ·  2 years ago

Pick up trash or recycle.

Nicely written bro, refuse dumping in public places really need to stop. I got to an area yesterday and the first thing I can say about the area is indiscriminating dumping of refuse. I really hope this message gets to the right authority to help us cub it.

My little submission. Thanks You have received an upvote from @livesustainably. I promote and curate content that encourages and educates others in living sustainably.

I also run competitions for those making the world a better place. Check out this weeks Don’t Buy It competition here