What is ENS?
ENS is a decentralized name service on Ethereum, built using smart contracts.

At the time of writing this article; over 100,000 names had already started to be auctioned off, with nearly a million ETH deposited for bids. It was quite surprising however to see that less than 4,000 people had been involved in the bidding. Such a small volume of people using a large amount of cash.

The highest confirmed auction so far is for 'exchange.eth' with 6,660 ETH paid, approximately £440,000 ($570,000). Although the site this information was taken no longer shows this data, I believe 'sportsbet.eth' or 'sportsbetting' has beaten this now. Someone mentioned 12,000ETH... Although I cannot verify this currently.

With names like Facebook.eth being released on 26th June 2017, one can only assume that a domain name such as this will fetch astronomical figures, and the run-up to these key dates may push the price of ETH up. What other treasures are out there? See below for a list of upcoming names we think will receive high bids.

I mean there's loads! Let us know info the comments of huge potential ones. We've already got cryptofacto.eth :) Also, remember that its only 7 letters or more at the moment. Anything less will come later

Any way i digress...

Will they take off anytime soon, or something to keep hold of? Apparently this first round of auctions is for temporary ownership as they don't wasn't people squating on addresses.

Is there a need for new name services or just another way for Eth to push the price up? Etherium cashing in twice on ETH. Not only is the currency bought in fiat, it is then returned back to Ethereum with ETH payment! Clever

There's already been a huge increase in price. With the Consensus conference - presented by Coinbase - taking place 22-23 May, it may go even higher. With attendees among them from JPMorgan, Microsoft, Deutschebank, Citi, MIT and so many otters, here's to a nice potential increase.

This YouTube video will help you understand a bit better: 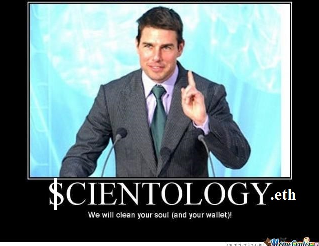 The adult tube sites will be gigantic prices

When we can do four characters it will probably go crazy.

And we weren't wrong. Although we have just seen quite a big drop accross most coins, ETH hit all-time-high after all-time-high.