Challenge: Describe what your customers are buying WITHOUT mentioning your products or services in 3 sentences or less.

alphaomegaenergy (25)in #energy • 3 years ago (edited) 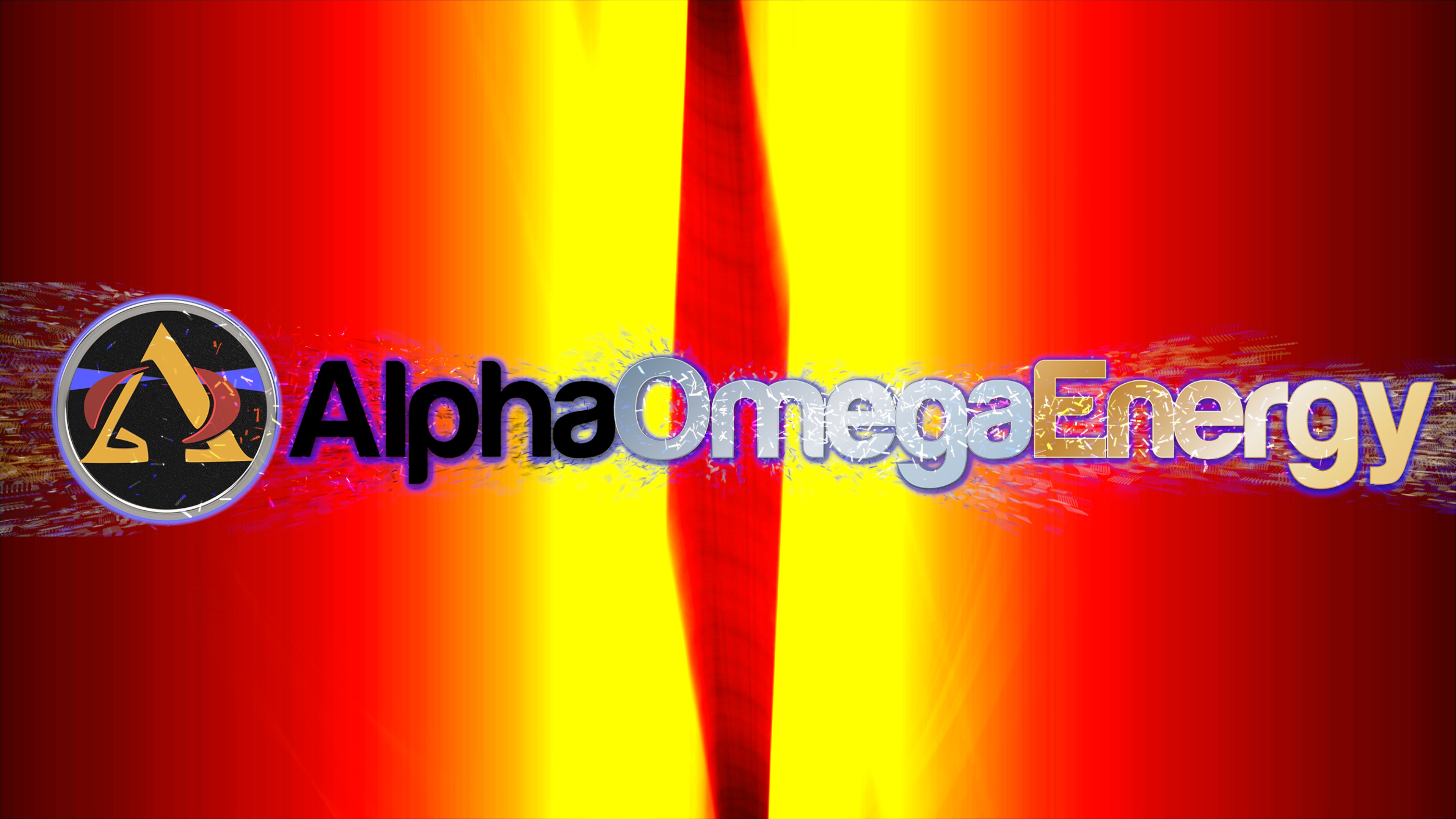 I saw this challenge, and thought at first WOW, big challenge. And then off the tongue it came our so long time now used statement of affirmation of our mission.

1. 20% Cheaper and more Reliable Electricity without spending a dime of your companies capital.
2. A Cleaner, more Sustainable company, life, business, society, world, and Future for all people.
3. Pride, for Supporting the #1 Underdog Small Private Innovators in New Breakthrough Technological Innovation, with hearts of Charity aimed squarely on help for the disadvantaged and underserved nations of good people, Alpha Omega Energy.

"We Changed The World!!"

An "Ad Sales Platform" or as you would all call them seemingly incorrectly as "a Media company" called me after meeting him, and didn't much want to talk, but asked me to seemingly write a letter to him. I really didn't want to. This is what he said.

Good meeting you at the AmCham event at the Himawari. Great to hear about new technologies and your new startup, the IPO, and the crypto-currency!

I’d be glad to discuss:

Feel free to contact me and send me more details and information about this fascinating new start up, the industry, your multiple products, your challenges and the solutions in your “capital-intensive” energy solution. See you around, Thomas!

.... It was interesting. I had no idea what to say. I didn't want to write back, I still don't. I want to talk. I'm not supposed to say so but I'm so fking tired of writing this to Ad Sales Platforms (media) just for them to as usual Do Nothing but ask us to pay money at the end, and then ignore us permanently when we won't.

But I woke up very early this morning, lonely from the hard mission this is, and began writing in much more comfortable and appealing places than to this crowd of usual total sellouts of humanity.

"We can schedule a lunch or dinner or late night drink up top of a sky bar somewhere and have a talk about it if you like, but with all of these project plans and proposals I need to make with 45 + Megawatts of backlog and growing weekly, I am swamped for writing unless I am burned out and just need to talk the stress off.

Feel free to schedule something. If you know any smart "passive real cash money investors" (an investor is not an asset buyer nor a franchisor, nor an MnA acquirer, and most times not a VC either) then feel free to recommend. They will be very happy you did IF they are a real investor.

And Yes, I am going to IPO in October 2018. I was at SBI securities yesterday morning and Cana Securities today, been to PPSecurities, the Stock market CEO, listing department, Securities commission, and nearly everyone else there is to talk to and then those I haven't seen yet are on the schedule. Cambodian bosses don't invest in their countrymen and especially their startups, and especially not in "foreigner" who is "supposed to" dump cash on them and in their culture it is practically unthought of to actually charge them an equal price the discrimination is so thick.

Bloomberg is in support, or rather will support when the time is right they have stated, which is coming soon.

The needs of AOE? Well, we only need capital at the right price, terms, conditions, and very importantly, the right values. The rest is semantics for an educated high values businessman, and a lot of frustration along the way no doubt.

AOE Fuel Cell? Definitely the #1 Distributed Energy Solution on earth. We can power the Himawari we met in for just 80% of the cost of the EDC power grid network, helping EDC have more freed up electricity for their massive growing needs, helping Cambodia, and helping our client save money and do it with no pollution. We invest long term in their building, solving the capital problem of Cambodia.

However of course Cambodia is akin to a slaver's nation where bosses are insanely rich and disparity is near a global record. Bosses won't invest in anything here let alone in "foreigner". They don't generally do charity, don't help anyone but their own families, certainly don't invest in them, don't pay very fair wages, and don't want to either. I need foreign investors obviously and spending time trying to solicit those here has obviously been a severe waste of time and resources by not only the stock market and related firms but also many a foreign company, and thousands of startups and entrepreneurs, charities and NGOs around the country. Sure exceptions yadayada but you know the numbers and data.

"Media" here like in other nations is pay to play. It is corrupt, cronyist, not at all independent in any fashion, and they couldn't care less about reporting on quality, charity, nor innovation. They care about "pay money". They are of course just ad sales platforms, nothing more and no one should ever, not ever should think they would ever be anything else. They should not be called media, but "ad sales platforms". They don't care and no one we asked and we asked a hell of a lot of media, no one has ever wanted to write on us, without saying "pay money." (Okay 1 did, + Bloomberg)

If you know any ad salesplatforms that do such, let me know. I am willing to talk to them. But since I came here to help this country and its poor, I sure as hell am not paying for media inside of it, though I am about to pay dearly for media outside of it to attract capital to Cambodia and heal these problems.

My ICO is my funding vehicle since VC and bosses couldn't give a shit if all of these people have no light no electricity access whatsoever and even if all of them are dead tomorrow from toxic air pollution. As "we speak" 27,000 people around the world will be dead from it just by the end of today. None of these FAKE media give a shit nor are writing about it. This is the greatest holocaust in human history. In previous generations we would have gone to war to stop this. In this one we just log into fakebook, the biggest FAKE news ad sales network public brainwashing mechanism in human history, and ignore the plights of humanity.

Since there is Zero care and Zero support from rich, governments, NGOs, World Economic Forum, World Bank, Paris Climate Accord, big industry, Chambers of Commerce, NGOs, so called "media" or anyone else, I decided to ICO and go to the people.

The poor have supported me in droves ever since I began this mission, of course they have.

I am making them my shareholders. I aim to have 100,000 shareholders of "orphans, enabled, and poor and disadvantaged children." and some of their family members. The VC are out, the bosses are out, the very FAKE media are so far by their own choice out, etc.

I believe I can provide in our future 15 years, university degree education money for these 100,000 children. This is with only 1% of our company shares.

No company nor government has ever done like this before nor mandated that companies must give anything at all to the poor. Especially not their shares. You know what I believe in? It should be law that I should have to.

I will campaign for this new law. I will call it
"The Minimum ethical standard stock market law."
1% of shares must go to the poor and disadvantaged in the community beginning with orphans, enabled, disadvantaged women, and innovation stage start up entrepreneurs.

I will IPO. There is probably nothing in this world that can stop me from this IPO but for death. The ICO is now mushrooming into a business ecosystem comprising of a massive base of clean energy financed projects in poor nations. ICO investors want currency, an ecosystem, not just a one company investment, so I am forced to expand and grow the vision and company with this mechanism and I am busting my ass to do so and will do so greatly.

I have been told from my investor team that we have more than enough committed capital for the ICO to thus get us well past profitable point and very strong post ICO headed into IPO. Hopefully it materializes so we can move at speed.

These next 14 months will have me like a trench man, a Sergeant in the battle of the bulge for the next 14 months it would seem. Leave and who knows, stay and fight and I will win. It will be cold, wet, very lonely, painful, frustrating, bloody, fking crazy, sickening even. But I will win the war.

I remain committed to the mission, and have no plan on relenting. Despite the incredible personal hardship, pain,cost, suffering, loss, scars, and very heavy price to be paid in life for such a mission as this, still I stand stubborn as ever in the values path and ethereal leadership stand of Jesus. I will Win, or Die.

If you think somehow you can assist in what we need, or help in any other way, or just have a nice drink up top somewhere with a vision view of as much of the world as we can see, I am interested for this meeting. Let me know when.

Let's see, what he answers. What do you think? I think he will like all others do and have done....show me his advertising rates and say

"Sorry, money is more important, there is no room, for anything else."

But you see, for us, lovers of Jesus, and fighters for the freedom of all men, Uplifting of the poor, and Defenders and Rebukers,

there is only Change The World, and there is no room, for anything else.