Free Thinkers Are The Future 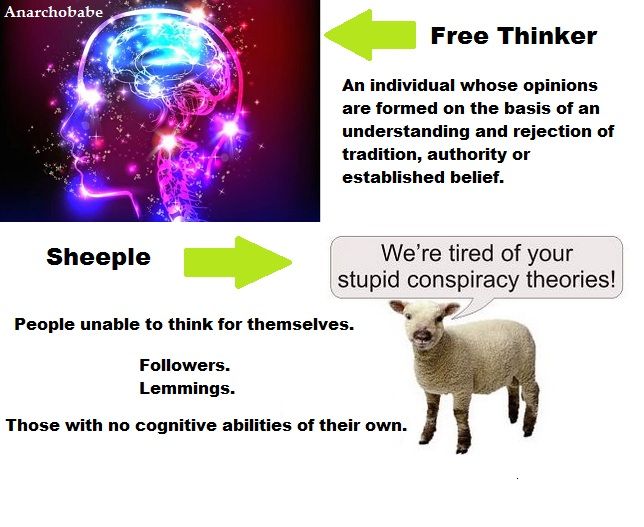 The last thing the ruling class wants is a free thinking individual — The One who questions their so called "power," "authority," "rules," "laws," and "law enforcement." That is why they — the ruling class, spends so much of its energy on eliminating the thought process for the individual. They — "Government" & "Authority" like to think for you, make decisions for you, make you totally dependent on their system — A SLAVE that does not know they are a slave.

The first practice they employ is the Prussian 3 tier "education" system. That is where modern day public school originates from. Back in 1806, the battle of Jena was lost by the Prussians to Napoleon. The Prussians determined they lost due to the individual focusing on the self, rather than the whole. So, they essentially invented a technique to brainwash the humans that lived in that geographic area, to become more militaristic, more hive minded in compartmentalized group think. Labeling it as "Education." At merely 5 years old in the western geographic area of the planet, individuals are rounded up and sent off to brainwash camp. Every single morning they are taught to put their hands on their hearts and recite a national anthem. They do not have the mental capacity to understand what is being taught to them. They are also taught about nationalism and totally brainwashed. They glorify war and make our children hate people they have never even met and take pride in things they have never personally manifested. It's BRAINWASHING.

Children in America are taught to hate children in the Middle East and children in the Middle East are taught to hate children in America. Meanwhile, if we grouped up those kids and put them on a playground they'd all play together. The Ruling Class, The Governments, The Authorities, teach our children to hate each other based on imaginary lines that rich people draw up and back with guns and say that other human beings can not cross them. (Last time I checked, children freak out when they draw imaginary lines in the sand and another kid crosses them. Clearly, many are still at the thinking capacity of a child and they're supposed to be an adult? And these people rule over you? Sheesh.) 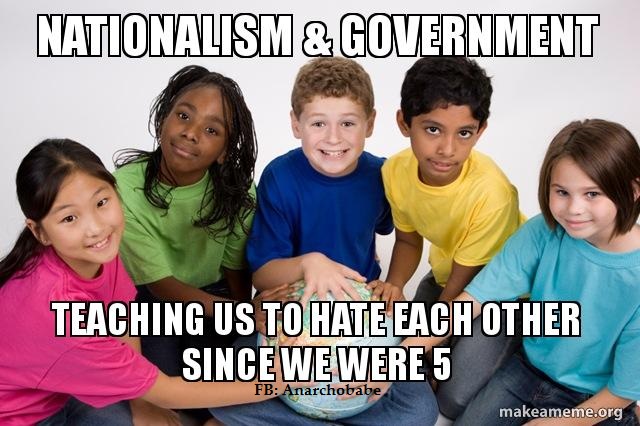 Children are being taught to worship a flag. An idea that eliminates all aspects of their individuality, personal freedom, creativity and thinking process.

This is done on purpose. We all know what happens to the child who questions the teachers authority, or questions the validity of the material they are being brainwashed with. They are punished. I was one of them. I am Nakawe, which are the children of the Cree and Ojibwe tribes uniting and coming together, as they were such strong allies pre-colonialism, they created a new tribe. During my brainwashing in Public School at Ridgewood Elementary in Coboconk, Ontario, Canada, I was repeatedly kicked out of history class. I stood up many times in class and called the teacher out on false information they were trying to teach me about my Grandmother. She is a residential school survivor and personally told my family about the horrific things that the Government and Authorities did to her, and her family at 5 years old. I was sent to the office and given a detention and a pink slip for my failure to obey authority and accept what is being taught.

What was rather interesting, during my outbursts in class, was the amount of fellow students that actually looked up to me, for standing up and saying they— The "Authority" figures were wrong and what they were teaching us was in fact, blatant lies all for reason of control.

I was The One who stood up and said what everyone else was thinking. Too many have been brainwashed into a corner of fear, where they are too scared to stand up and question things. When I did, I would notice a couple of other students that would start to fidget about and I could see the wheels turning in their minds. They were THINKING TOO!
It's like a bunch of frozen flies. . .When the sun hits them, they start to wake up and move about slowly. That's what it was like watching the students in class when I would go off at the teachers and principals. They would actually segregate me from other students.

That's really when trouble started to happen for me, because more and more students were agreeing with me and disobeying authority and realizing it is nothing more than an illusion. I was blamed at school for creating gangs of kids that questioned authority and the material being taught. I was suspended a lot, I spent the majority of my time in school in the office. (I proudly accepted the creation of gangs of free thinkers, lol.)

Shortly after I went to high-school, I dropped out in grade 10. I have never went back and I don't know if I ever will. I have made it this far, without a fancy piece of paper. When I was there, I realized that I could spend my time out in the world actually learning things through common sense. There is and was, still an enormous amount of useless information we were and are being spoon fed that actually does nothing for us at the end of the day. When we graduate, we barely know how to flip burgers. This "education" system actually, does not prepare youth for the world. It packages you up into this nice, little brainwashed slave who loves Government, Authority, Law Enforcement and the Education system.

Then, you are sent out to go get a degree - because without that, you'll NEVER amount to anything (something I was repeatedly told by teachers, principles, law enforcement, judges and lawyers.) Then you find yourself at 25 years old and at least in 25K worth of debt, all once again, for a fancy piece of paper that says, "I can do THIS!"

You just spent. . .What? From 5 years old until you are 25, a quarter of a century of your life on receiving YEARS of brainwashing, all for pieces of fancy paper with your name on it saying you've completed your slavery requirements and now you can join the rat race. You are worth, so much more than that.

I have a grade 8 level education and I have done so much more with my life, than many of my fellow students who would claim I would never amount to anything. I was a rebel and a drop out, waste of life. Yet they sit there with at least 25K of debt, a fancy piece of paper, and have actually ZERO skills in life because they spent it all in a classroom. They don't even know how to survive if a catastrophe would happen - and that's exactly what the Ruling Class wants. Total dependency. Easily disposable.

You do not need a fancy piece of paper that says you can do this thing or that thing.
I have learned simply by going out and taking ACTION. I learned many things by just going out into the world.
It is NOT scary like they make you believe it is.

You become INDEPENDENT and that is exactly what the Ruling Class DOES NOT WANT. They do not want independent individuals thinking for themselves, learning on their own, at their own pace, asking questions and exploring the answers arriving at newly founded seas of information they'll soon find themselves swimming in. Humans are learning that a group of parasites exist that have perfected a system - this matrix of control - they brainwash us when we were children and get us to perpetuate the wheel of human slavery, that has been continually turning for century after century. All while they line their pockets and control humanity and many ignorant humans send their children off to public school, who then grow up and joins the military and dies in their elitist banker, geopolitical, proxy wars. Or becomes a law enforcement agent, or a Judge, or a Crown Attorney, some agent of Government who is nothing more than modern day nazi scum, taking away the inherent rights that individuals are born with based off of rich men/women in fancy suits who have a monopoly on a gang that uses violence against peaceful human beings every second of its existence, to enforce its control. Either way you look at it, the system is designed to create human slaves that keep the system going for the Ruling Classes benefit and their benefit ONLY.

Unfortunately humans have enslaved themselves and continue to do so.
It is time, that we— as free thinking individuals we are meant to be, free our minds from the mental cages we have put ourselves in. We must break free from the chains of mental slavery. 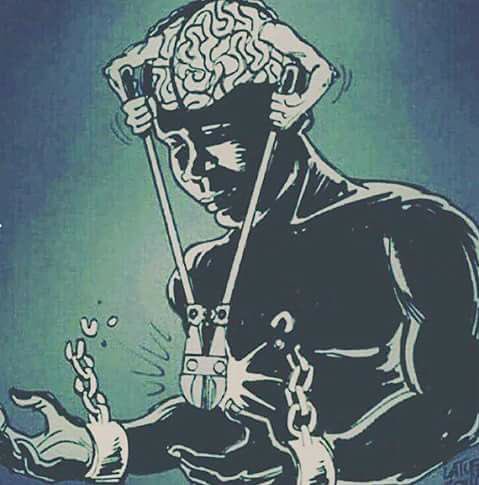 When The One takes back its individuality and begins to balance the energies within, change happens. It is happening, right now. There are individuals all over the world asking questions and waking up.

This is why you see the censorship you see today. All of the control cracking down because the parrasites at the top of the pyramid notice the angry humans at the bottom destroying their foundation they've built upon, which will cause all their lies and false notions to come crashing down. THEY KNOW THIS.
THEY ARE AFRAID OF US - The free thinking individual.
And the individual wins in the end.
Light always over comes the darkness. Remember that.

Once we become independent, we realize we do not need them — The Ruling Class. We do not need their monopolies on violence, theft and murder. Their false notions of "Safety and Freedom." Their illusions of Law Enforcement, Military, Welfare, The Market — everything they offer, will be declined by the Free Thinkers and we will end human slavery once and for all.

We may never out fight them, but we will out think them.

The One can see through the Matrix of Control. — Just another rant by Cheryl Yurkowski, The Anarchist Model.

Wake up and Free Your Mind Body and Soul.