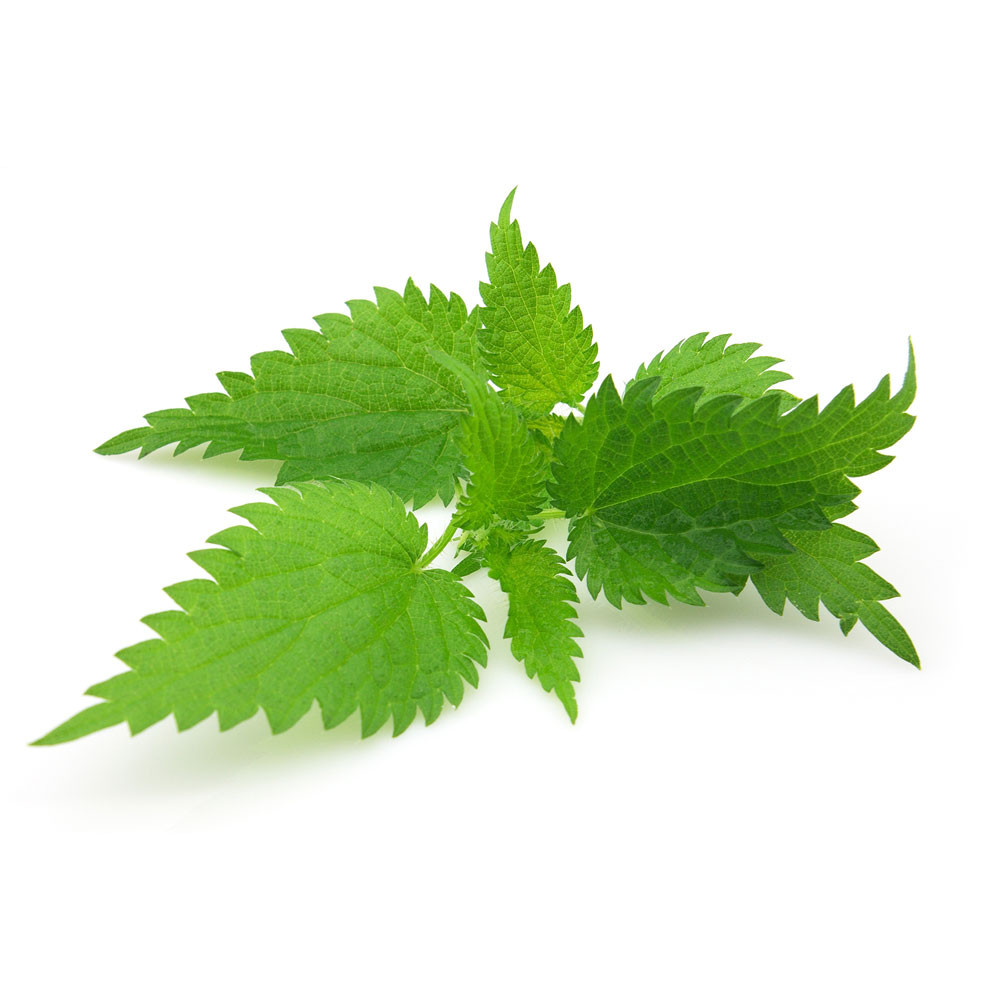 Did you know that there are many different materials to make clothes and some of them are very environmentally friendly?

In any case, much more respectful of the environment than the most used materials like cotton for example.

For example, to make cotton jeans, you need between 5,000 to 10,000 liters of water. According to specialists, between 30 and 50% of the pesticides on the planet are used for growing cotton.

I heard on the radio yesterday when I came home from work that a French company, Velcorex, had plans to make textiles with nettles.

This weed may well revolutionize the fabric industry, indeed, it requires very little water to grow, very little pesticide or maintenance, or not at all.

Indeed, nettle is basically a weed that grows by itself without the help of anyone and does not need a lot of water.

Nettle and more particularly its fibers allow to create a fabric as solid as ecological.

In the Middle Ages, nettle fibers were used to make ropes, threads and even clothes. This technique was used from the twelfth century to the seventeenth century, until the replacement of the nettle by the silk thread.

While cotton has supplanted most other plant textile fibers in the world, in the Himalayas, the use of a local nettle to make ropes, fabrics and paper has continued to this day.

The nettle stalk is a textile fiber of excellent quality, it is both natural and biodegradable but also light and strong.

The hollow fiber of nettle has very interesting qualities in terms of thermal insulation, thanks to its ability to trap air in the fabric. This natural property can be exploited by manufacturers to obtain an insulating fabric or on the contrary a cooler summer fabric.

Nettle is a perennial plant whose culture does not require any pollutant. This company has decided to invest in its future and that of the environment with its clothing brand 100% nettle. She is aiming for timeless clothes such as denim jackets and pants to start with.

Contrary to what one might think, the nettle-based fabric does not sting, in fact, it is the stems and not the leaves that are used during its manufacture.

You will find below a video of a man who makes a rope with nettle fiber, he speaks French but the pictures speak for themselves. 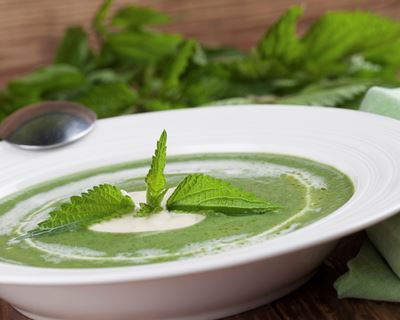 Boiling water (quantity to determine according to your tastes, I prefer thick soup so I do not put a lot of water, just nettle level no more)

Cut the nettles and remove the stems.

Tips : leave them on the ground for 15 minutes when cut so you do not sting and put on gloves.

Wash them and then chop the leaves.
Sweat the leaves in the butter until they are melted and then add the boiling water.

Mix and add the cream if necessary.

It's simple but super good and good for health too.

Indeed, nettle has a thousand and one beneficial properties for the body and has many minerals, vitamins, trace elements, chlorophyll.

You can also drink it as an infusion.

I hope this article has more and made you want to taste the nettle soup. The most complicated being not to get stung but given all the benefits it offers us, it would be stupid to deprive ourselves.

Be careful, however, not to be confused with other plants which are very similar to it but which are not edible. So get a book guide with pictures or better ask an expert who will help you pick the right plants

Sort:
[-]
geopolis (54) 4 years ago
Your post has been personally reviewed and was considered to be a well written high quality article!
You received a 10.0% upvote since you are not yet a member of geopolis.
To read more about us and what we do, click here.
https://steemit.com/geopolis/@geopolis/geopolis-the-community-for-global-sciences-update-1
If you do not want us to upvote and comment on your posts concerning earth and earth sciences, please reply stop to this comment and we will no longer bother you with our love ❤️
$1.04
4 votes
Reply
[-]
doctor.steemit (9) 4 years ago

This is such a wonderful post. Thanks for sharing @indesta120282!

This so informative. In my counrty we use pineapple or banana leaves to produce fibers to cloth.

A very good and informative article. Never knew that weeds could be used to make clothes or even soup... Might try out the soup aspect someday. Thanks a lot.

Good Article @lndesta120282 , it is also good to know that many of this clothes made from natural materials as plants, are more gently for people with skin disorders as eczema, dermatitis and others.

For this reason it is recomended for this people to avoid clothes made from polyester and other synthethic materials, and if it is also envorimentaly friendly, what a deal!!

this nestle is am awesome design. i remember seeing the design on someones cloths

When we look at the world we live in, there is a lot of things we can and may think about. For expample look how Bill Gates turned water from nothing . The only think and challange is to put our imagination to the test . We can make chlotes from anything as well we cam make money from sand .

interesting article, I did read that many used HEMP as clothing and are looking to once again now that it is becoming legal, hemp has many great qualities also, its not just a weed to get high, it actually has some great uses and potential, i wonder if theses two are in the same family?
thanks for sharing!

Does it sting while wearing 🔥

Exploring more possibilities to improve humanity in the near future and nettle fabric from nettle plant is one of that possibility! Still there are a lot of new breakthroughs, this post earns a lot respect and thank you!

We eat nettles here where I am from. You cook them in water add potatoes, onions, garlic, olive oil at the end salt and pepper.

Interesting information, i wish it could helps in the future!

Never heard of nettles used to make clothes, I have seen tshirts, jeans and jumpers made from hemp, and they look no different to any other clothes.

This is a great way to save our environment.

Nettle as with all herbs are so versatile and useful in numerous ways. We need to get back to nature and using the gifts from it to create.

That was a lovely expository dear....enjoyed reading through it. Good job.

Congratulations @lndesta120282, this post is the fifth most rewarded post (based on pending payouts) in the last 12 hours written by a Superuser account holder (accounts that hold between 1 and 10 Mega Vests). The total number of posts by Superuser account holders during this period was 1631 and the total pending payments to posts in this category was $19011.20. To see the full list of highest paid posts across all accounts categories, click here.

It's really a great post, this page is so beneficial,
The ingredients and preparation steps have said in a very beautiful way, from my side for this great post

wow! i never knew that we can make a lot of things for this leave only.
Thanks for sharing!
upvoted and i followed you too.

I love this! What do nettles taste like? I would make my nettle soup with olive oil and almond milk!

Following you for more natural news!

We eat bothers here where I am from. You cook them in water incorporate potatoes, onions, garlic, olive oil toward the end salt and pepper.

in addition to clothing, if I am not wrong this plant can be for health. true or false?

Nettle is super healthy. Especially if it is raw, nettle salad is great. Don't let its sting scare you away