Blockchain Music has arrived with it's new format, I'll go into full detailed on the future of this series in this video. Blockchain Music will focus on everything music and blockchain related. This series allows me to share my blockchain music adventure in a brand new way !

Rather than release various videos daily, I figured making one big video was the best way to go. I could fit all my topics into one video, share my music and maybe have other musicians from the blockchain as guest. I could see a real big future in the Blockchain Music series.

I'll still give tips, motivation and music related tutorials in this new format.These videos will allow me to go beyond just words and show you actions. Anyone can talk, leading by example is always best.

This new format will allow me to put all my content under a one umbrella while reaching out to other blockchain musicians. Expanding my content value to the blockchain.

Steemit is still young and getting your foot planted in the platform now can have huge benefits in the future. We have huge faith in Steemit and many people will be flocking to the blockchain over the next few years. Working hard now and getting a stable following on the platform is a smart investment for your future.

I released my first track from my second Dsound exclusive, Andromeda. Entering Obit is the first track from Andromeda and has a deep 80's sound. I posted the final "live jam" that become Entering orbit on todays episode of Blockchain Music. I'll be releasing the rest of the tracks over the next few weeks. I'll share all the "live jam" video versions the same day on Blockchain Music.

Nothing But Dirt is about to kick into phase two. I've been working on the website and chat room for this group. NBD will be a Steemit based music group that will focus on electro, post industrial, ambient and soundscape. NBD will build Steem Power and start curating musicians. I plan to delegate some of my own SBD to NBD and post content from NBD to raise value in the account.

I really want to help give back to Steemit and help musicians on the blockchain. I feel this is a good start to that quest.

I need to thank anyone who has supported my work in the past, present or future. It means the world to my content and music.

Till next time, stay creative. 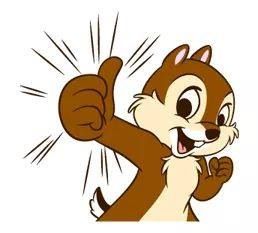 Thank you ! Glad you enjoyed the content and music . =)

what a lovely voice. i just fan of your voice. love it. carry on buddy. big wishes for you.

HAHAHAHA, too funny. Thank you =)

you know you will be rocking on the stage one day.

Hi Todd, glad to be connected with you here on DTube / Steemit! Cheers, Ralph

Glad to have you on the blockchain my friend !

Glad you gave it a chance ! Awesome it worked out so fast.

We are happy to have you back, please keep pleasuring our ear with all that we love you.... 💖💖💖💖💖

Thank you my friend ! Glad you enjoy the content.

Keep charging forward man! I'm hoping to do the same and stake my claim!

Yea buddy ! Glad you are on the blockchain

Hey @toddjsmith1979! Great new format! I think it's a great idea to do one big video and then have them segmented out into little smaller posts of their own. Really like the track as well. I'm a fan of that Synth play :) And I'm sure it's that perfectionist attitude that makes your music great.

Great job with the new format! Keep it coming!

Thank man, that means a lot. I imagine my efforts do pay off in the long run. Glad you like the idea for the new format !

No prob dude. Appreciate the effort that you put into your content. Can see that you're passionate about what you do and that can only pay off in the long run :)

Congratulations @toddjsmith1979, this post is the ninth most rewarded post (based on pending payouts) in the last 12 hours written by a Superuser account holder (accounts that hold between 1 and 10 Mega Vests). The total number of posts by Superuser account holders during this period was 1146 and the total pending payments to posts in this category was $7548.48. To see the full list of highest paid posts across all accounts categories, click here.

wowwww... amazing music.. your first episode is done very well. very good perfomance.. carry on your perfomance. when we are watching the next one?

I released another yesterday !

How do you get Dtube to upvote you?