A new analysis reveals just how much the Democrats are in bed with Intelligence Agency officials. It's probably even more than you think...

Gotta get that curation!

Fantastic video, and congrats on the Assange retweet! 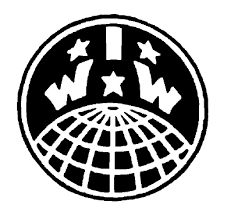 Glad I found TJDS on here. You're my first follow, and this is my first comment on Steemit. I'll consider that as a sign that things are off to a good start. Haha.

Jimmy Bitcoin, STEEMIT and decentralization is the foundation of the revolution! You wont find yourself getting censored here!

I hope 3rd parties can use this and attack democrats in November. If progressives cant win a couple of these primaries staring in May.

Good work as always Jimmy. Love Steph & Ron too. I couldn't watch this video at first because it kept stopping every 1-2 seconds & then starting again. I then clicked on the settings menu and selected Quality 480p (which was the only selection available that I could see). This fixed the issue for whatever issue. I'm brand new to Steemit & Dtube, and glad to see you guys here.

Yeah dtube being new has its bugs, but they get fixed, I always see improvements :D

the corruption in this country scares the hell out of me

Thanks to Jimmy Dore for lucidly demonstrating time and again how the Democrats aren't "the significantly better party" - a narrative that is taken for granted by a large swathe of democratic supporters in America.

The Republican and Democratic parties are not very different at their core. That they both serve the corporate, banking and military establishments at the expense of the vast majority of their voters is not hard to see - if you are willing to slow down, take a step back, and reflect for a second.

You guys do great work! JD, MisLib(Stef) and Ron, if there's a god you are doing it's work! I live in MO, about 35-40 minutes by car outside of St. Louis, in a heavy red county in a heavily red state. I have liberal friends that have lost their minds over the last election and have lost some of them. In a time where I feel alone in my opinions it's wonderful to hear your collective voice in the wilderness to help guide those of us stuck in Trumpland. I have been predicting the situation we find ourselves in since high school and everyone thought I was a crazy anarchist LOL! "Corporations run our nation" and "kill the poor" were sayings I had written on my clothes (I was a hardcore punk rocker then) and people laughed. If I could only talk to them now....
Anyway, don't let anyone diminish what you do, and hopefully TYT will come around on the Russia crap.

Does everyone realize that if one candidate has a top secret security clearance, and the other does not, FBI agents can pass along surveillance information and give that candidate a completely unfair advantage?

Jimmy dore has the most amazing truthful bad ass show ever bar none!!!! suck on that sam sedar

While sad and disappointed by the facts Jimmy brings up, this isn't surprising in the least. I'd be curious to know how many of those agents also hold dual citizenship in Israel, like much of the US congress already. source: Why do so many US Politicians have Dual Citizenship

Compartmentalization rules the day for any first-world government and keeping things 'in-house' wherever possible is their ideology. What's more disconcerting is the in-fighting between Soros Marxists and the Rothschild Zionists being so petty, but on such a large scale. Their views don't represent the global majority, but since they are the 8500 that run and provide all economic infrastructure, they call the shots.

It would be awesome if within my lifetime we had a revolution like Thomas Jefferson stated the need for every generation. We're overdue.

Jimmy Dore on the Blockchain! Was hoping you'd get on here. Be well, good lucky, and keep spreading information! All we needed was some of the Jimmy Dore juice to spread the revolution! Viva la descentralización!

Release the Kraken! You got a 39.68% upvote from @seakraken courtesy of @mdbrantingham!

Welcome to STEEMIT Jimmy! So glad you're here. And so pissed I moved away from Ventura. What screwed up timing. I would so be at all your shows.

Happy to see you here - cool - I've been blogging on steemit. Happy to upvote you and get you some steem.

Both parties are corrupt.Actually we don't even have two,only one big Corporate Party.The question is: when people finally will line up behind a third party,so we can break up this system?

This post has received a 36.36 % upvote from @booster thanks to: @fyrstikken.

Congratulations @thejimmydoreshow, this post is the third most rewarded post (based on pending payouts) in the last 12 hours written by a Dust account holder (accounts that hold between 0 and 0.01 Mega Vests). The total number of posts by Dust account holders during this period was 12233 and the total pending payments to posts in this category was $1853.37. To see the full list of highest paid posts across all accounts categories, click here.

i really have no hope for a progressive winning the presidential primary in 2020... they are going to screw us over again and it is going to be just as disappointing as 2016....

So? Why not? Conspiracy bullshit.