Are you a wannabe Walter White? (Breaking Bad)

Well then, Basement is the game for you!

I try my hand out at becoming a ruthless drug-lord, and surprise, I don't quite make the cut lol. In Basement, you play as a desperate scientist named Gunther who has turned to selling drugs to make a living. You start off in your basement as the "new-kid" on the block, selling your drugs at bargain prices to whoever is willing to buy it. As the master-mind of the entire operation, you are responsible for building the labs, selling your "wares", and hiring the muscle to fend off rival gangs.

In this episode I am re-learning the ropes, and was pleasantly surprised to see that the devs have made significant improvements to the game since I last played. During the game, I cut a deal with the local cops only to later get raided and backstabbed by their SWAT team (46:30) …. Why am I so naïve! 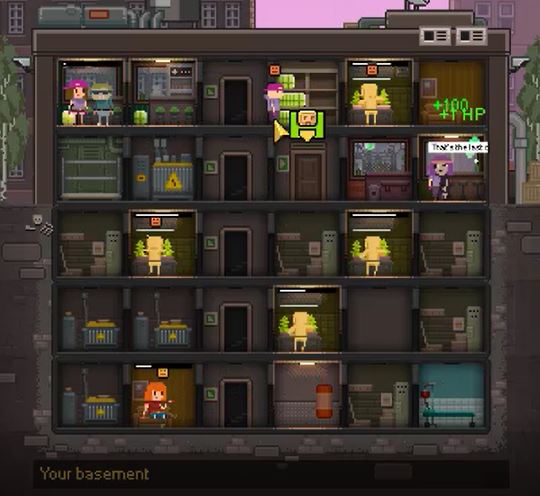 Drug-Lord Central: This is where all the magic happens!

The game itself is still in development, but in its current form is still very playable, and in all honesty would make for a killer mobile game.

I hope you enjoy my mediocre attempt at becoming the next Walter White!

As always thanks for watching, and if you have any suggestions/feedback, I would be happy to hear them!
@strongerbeings

Enjoy the vote and reward!

Haha this looks pretty fun. Haven't played a micro-management style of game for a while. So hard to get around to playing all the games I want to plus do Steemit and actually live life! I've put it on my Steam Wishlist for when it comes on sale.