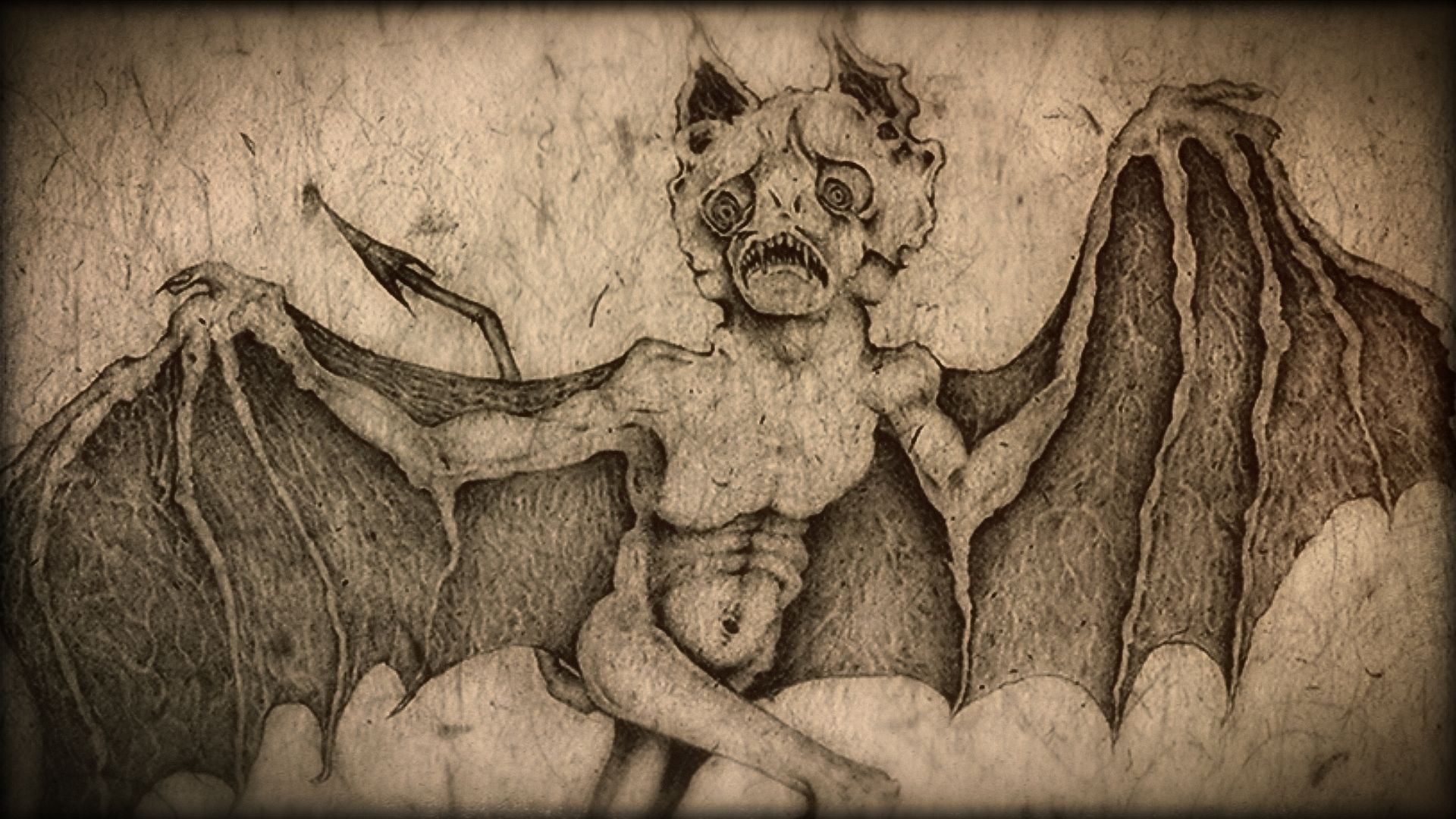 I use a sandpaper sharpen mechanical 0.3mm pencil for my drawings, simply because I have not been able to find anything else that comes close to achieving this look. I did this drawing on brown paper. 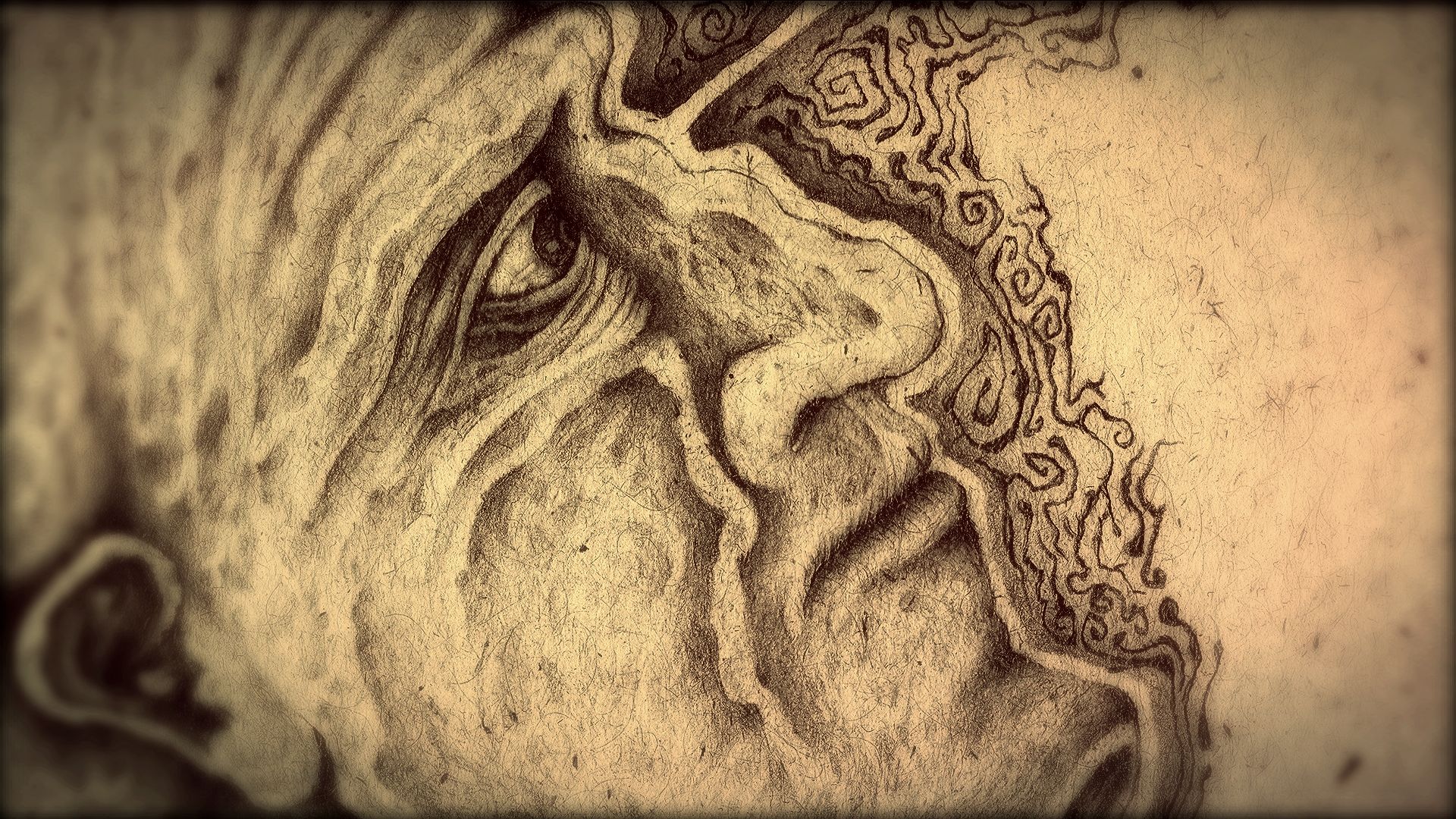 This is one of my all-time favorite quotes:

“Who can ignore the vast conspiracy of hostile forces which aims today at destroying and making disappear the great work of Jesus Christ, by endeavoring, with a fury which knows no limits, to rob man, in the intellectual order, of the treasure of Heavenly Truths, and, in the social order, to obliterate the most Holy, the most salutary Christian Institutions. Certainly, no one who takes a just and unbiased view of things can explain the motive of this hatred. What offence was ever committed, what hostility deserved by the Divine Redeemer? How often, in more stormy epochs, with unheard of cruelty and shameless injustice, and to the evident undoing of the whole social body, have the adversaries banded themselves together for the foolhardy enterprise of dissolving the work of God! Perhaps We may be accused of exaggerating the sad consequences of the disorders of which We speak. 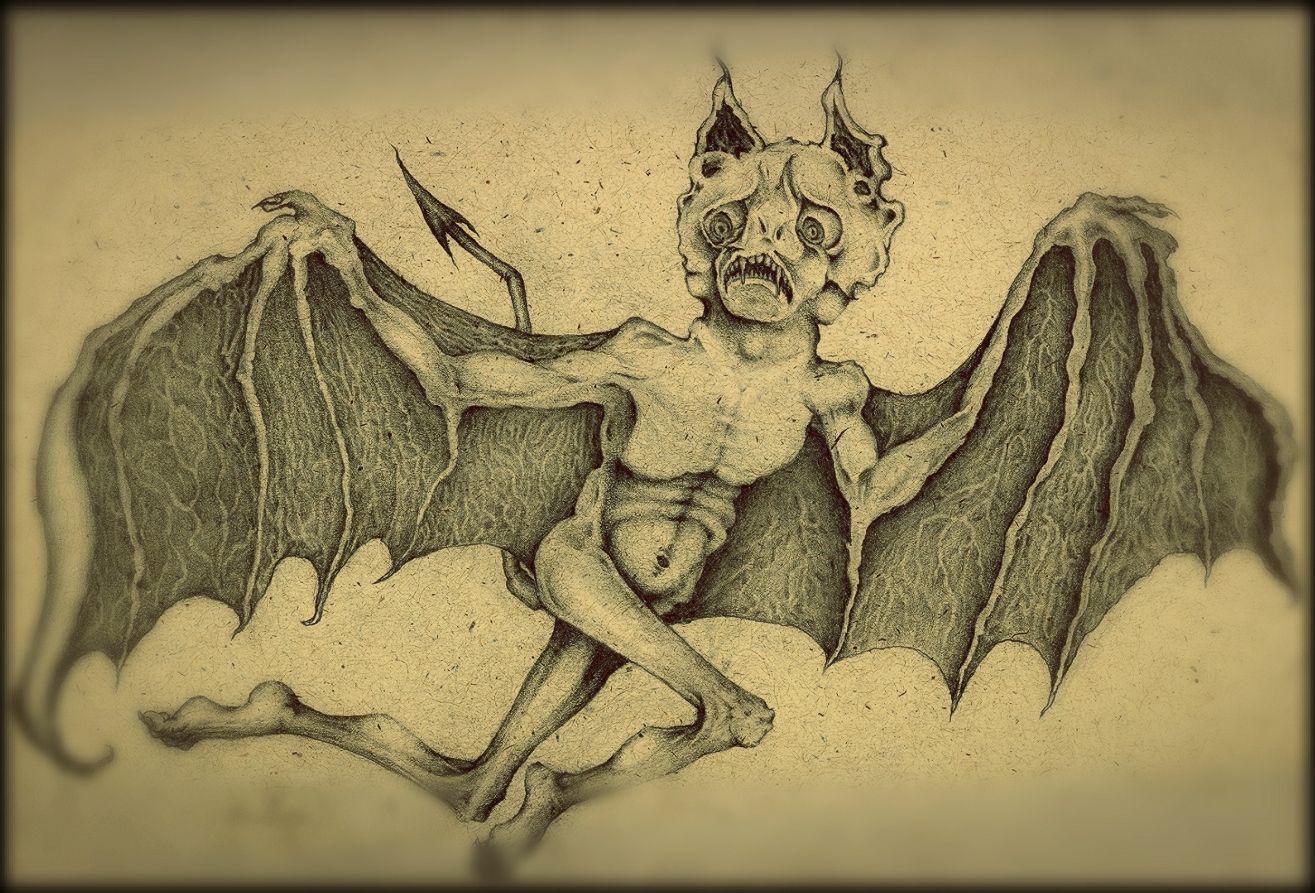 No; for the reality is before our eyes and warrants but too truly Our forebodings. It is manifest that if there is not some betterment soon, the bases of society will crumble and drag down with them the great and eternal Principles of Law and Morality. Prompted by an inexorable logic, a Masonic Society of veritable criminals has been organized, which, at its very first appearance, has, by its savage character, startled the world. Thanks to the solidarity of its construction and its international ramifications, it has already attempted its wicked work, for it stands in fear of nothing and recoils before no danger. Who does not feel a quiver of horror, indignation, and pity at the remembrance of the many victims that of late have fallen beneath its blows, emperors, empresses, kings, presidents of powerful Republics, whose only crime was the Sovereign Power with which they were invested?

In presence of the immensity of the evils which overwhelm society and the perils which menace it, Our Duty compels Us to again warn all men of good will, especially those who occupy exalted positions, and to conjure them as We now do, to devise what remedies the situation calls for and with prudent energy to apply them without delay. The more the Catholic Church devotes itself to extend its zeal for the moral and material advancement of the peoples, the more the Children of Darkness arise in hatred against it and have recourse to every means in their power to tarnish its Divine Beauty and paralyze its action of life-giving Reparation. How many false reasoning’s have they not made and how many calumnies have they not spread against it! Among their most perfidious devices is that which consists in repeating to the ignorant masses and to suspicious Governments that the Church is opposed to the progress of science, that it is hostile to liberty, that the rights of the State are usurped by it and that politics is a field which it is constantly invading. Such are the mad accusations that have been a thousand times repudiated and a thousand times refuted by sound reason and by history and, in fact, by every man who has a heart for honesty and a mind for Truth. Would to God that its action were received without mistrust and without suspicion. History clearly shows when it is read without prejudice, that the Church like its Divine Founder has been, on the contrary, most commonly the victim of oppression and injustice. The reason is that its power rests not on the force of arms but on the strength of thought and of Truth. While denouncing Freemason’s destructive tendency, its erroneous teachings, and its wicked purpose of embracing in its far-reaching grasp almost all Nations, and uniting itself to other sects which its secret influence is the real inspiration and the hidden motive power, directing first and afterwards retaining its members by the advantages which it procures for them, bending Governments to its will, sometimes by promises and sometimes by threats, it has succeeded in entering all classes of society, and forms an invisible and irresponsible state existing within the Legitimate State. Full of the spirit of Satan who, according to the words of the Apostle, knows how to transform himself at need into an angel of light, it gives prominence to its humanitarian object, but it sacrifices everything to its sectarian purpose and protests that it has no political aim, while in reality it exercises the most profound action on the Legislative and Administrative life of the Nations, and while loudly professing its respect for Authority and even for Religion, has for its ultimate purpose, as its own statutes declare, the destruction of all Authority as well as of the Priesthood, both of which it holds up as the enemies of liberty. It becomes more evident day by day that it is to the inspiration and the assistance of the Freemasonry sects that we must attribute in great measure the continual troubles with which the Church is harassed, as well as the recrudescence of the attacks to which it has recently been subjected. For the simultaneousness of the assaults in the persecutions which have so suddenly burst upon us in these later times, like a storm from a clear sky, that is to say without any cause proportionate to the effect; the uniformity of means employed everywhere to inaugurate this persecution, namely, the press, public assemblies, theatrical productions; the distribution in every country of the same weapons for war, to wit, calumny and the stirring up of public uprisings. All this points, unmistakably, to a uniform plan of campaign clearly the identity of purpose drawn up by one and the same central controlling the activities. All this is only a simple episode of a prearranged plan carried out on a constantly widening field to multiply the ruins of which We speak. Thus the Freemasons are endeavoring by every means in their power first to restrict and then to completely exclude Religious instruction from the schools so as to make the rising generation unbelievers or indifferent to all Religion; as they are endeavoring by the daily press to combat the morality of the Church, to ridicule its practices and its Solemnities. It is only natural, consequently, that the Catholic Priesthood, whose Mission is to preach Religion and to Administer the Sacraments, should be assailed with a special fierceness. In taking it as the object of their attacks this wicked sect aims at diminishing in the eyes of the people its Prestige and its Authority. Already their audacity grows hour by hour in proportion as it flatters itself that it can do so with impunity. It puts a malignant interpretation on all the acts of the Clergy, bases suspicion upon the slenderest proofs and overwhelms it with the vilest accusations. Thus new prejudices are added to those with which the Clergy are already overwhelmed.” –Apostolic Letter of Pope Leo XIII on Review of His Pontificate March 19, 1902 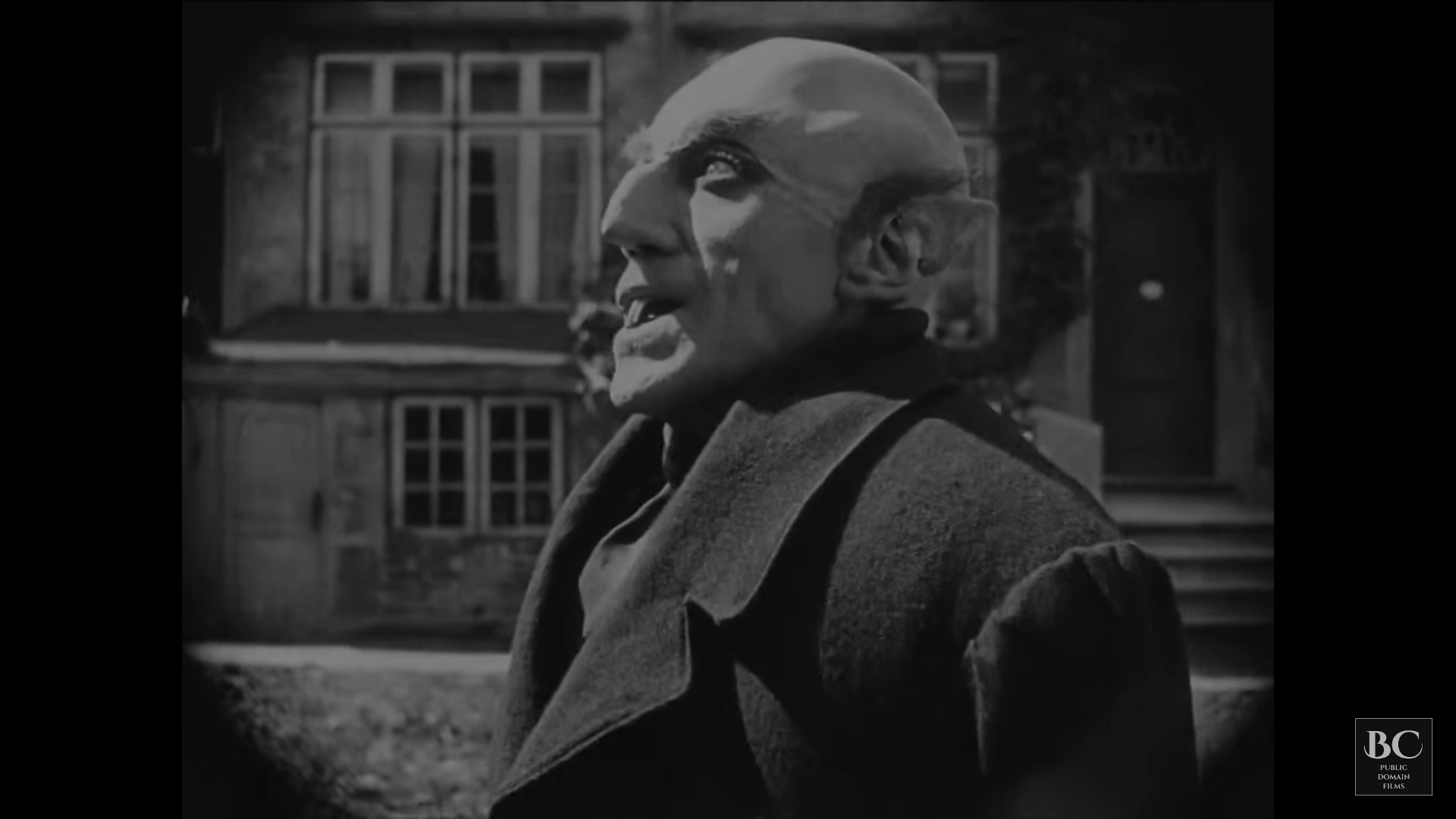 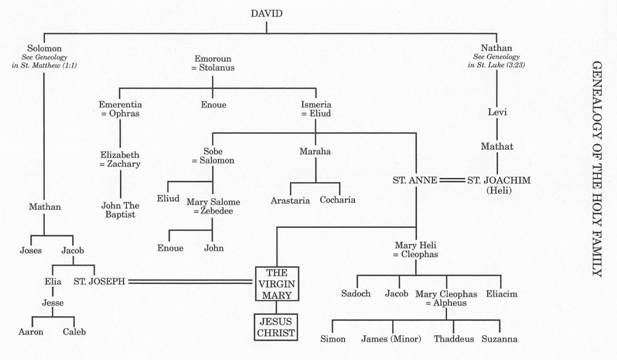 Amazing work and attention to detail is superb.

You are always so nice to take the time with my posts.

Thanks for the compliments!

Perfect, I love your art, always so good

Perfect, I love your art, always so good :)

Wow this is awesome! Great drawing:)

I really appreciate your niceness.

Thanks! :) keep up the great artwork and posts - it’s amazing to keep creativity alive! Have a great day :D

Great, I'm so glad you got something from this.