story about the dog

In history there were such heroic dogs that fought the enemy during wars and crossed continents. They demonstrated courage, which is inherent in human heroes. These exceptional dogs and their exploits will touch even the most heartbreaking heart of someone who does not like animals at all. 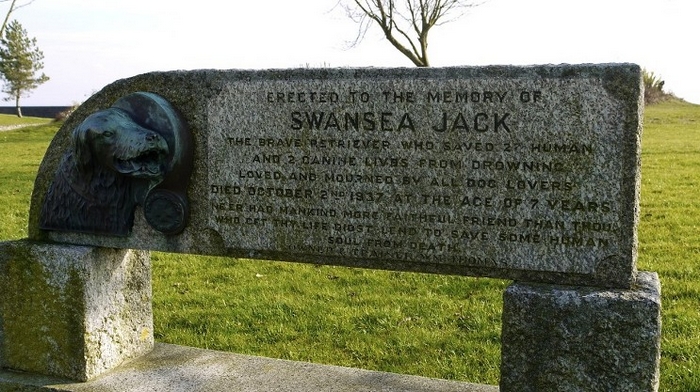 Jack Swansea was a black retriever who lived with his owner William Thomas near the To River in Swansea, Wales, during the 1930s. One day, Jack saw that the little boy was drowning in the river, and rescued him, dragging him to the shore. There was no one around to see this feat and tell others. The boy told this story to people who did not believe him. But Jack did not finish it. Within a few weeks he saved another swimmer, this time with witnesses, in the line of duty. And then I did it again and again.Over the next decade, Jack was reported to have saved at least 27 people. For his exploits, Jack was given the silver ring of the Swansea Board, the title of the Bravest Dog, the silver cup from the mayor of London and his own statue. This is a huge number of honors. And the dog is still recognized today - he became an inspiration for the nickname of the football team of the Premier League Swansea, which is called "Swansea Jacks."