By that, I mean she's a female dog. In fact, she already gave birth 3 times.
Hammer was born on September 5, 2015. She’s turning 3 this year. She was given to my by my boyfriend

That’s a very good question. And that good question deserves a good answer. Hahaha. She got her name from me. Yes I named her. I named her hammer because, i don’t know. I just like to have a dog named Hammer. The name just came to me from the Gods. Haha kidding. I think Hammer has a common trait with my name, Lui. Both Hammer and Lui is a boy’s name and both used by a female specie, so somehow our names are just one of the many things that makes us common. She’s a... uhmm... a hairy dog. I really don’t know what breed she is. The biological mom and dad of Hammer are mixed-breeds, so that also makes her a mixed-breed dog . Based on my research she’s a mixed shit tzu, Labrador, askal and terrier. I’m no expert, but that’s just my theory based on her personalities and physical appearance. Yes, dogs have personalities just like people, if you must know.

She’s also potty-trained by yours truly. I also taught her a few tricks like sit, hi-5 and lie down. It wasn’t easy though. Training a dog needs a lot of patience and I do mean a lot. For her potty training, I had to wake up as early as 4 to 5 am for her to poop and pee outside the house and take her to short walks when she was still a pup. I had to adjust with her nature calls during her potty training when she was a pup. For her tricks, I allotted 1 - 2 hours of training everyday after school, 1 trick at a time. After mastering 1 trick, we proceed to another and recapping the previous tricks every session.

She learned 3 tricks in a span of 2 months. These tricks are the easiest to teach: the Sit, the Clap or the Hand shake, and the Lie down (on her belly). If you plan to be a dog parent, I recommend to start with these 3 tricks. These tricks are the basics. Also, don’t forget the treats. You won’t be able to train your babies without rewards or treats. 😄 Remember also that you give treats ONLY when she obeys your command. It is also important to repeat several times, emphasize the command and saying it properly, so that your dog can put it in mind. Also, don’t jump to the next trick unless he has mastered the next trick.

I was not able to continue her training because I was busy with school work and was graduating that time I had her. I’m glad that until now, she still remembered the tricks I taught her, even after a span of 2 years that I stopped with her training sessions.

I treat Hammer like my own baby. I'm her best friend and she's mine too. She’s a very good girl,most of the time. Haha She does pee on our beds when we go out without her. She does that purposely. It’s her way of showing tampo. I love also how she defends me. She actually bites people she doesn’t know especially when they come near me. She’s very protective. I don’t know where she got that from.

A recent update on my baby-not-so-baby-but-now-a-mommy Hammer is that she just gave birth last January 19, 2018 to 7 beautiful pups. Sadly, 1 puppy didn’t make it (Rest in peace my little angel) This makes me a grandma again. A grandma of 4 boys and 2 girls hahaha 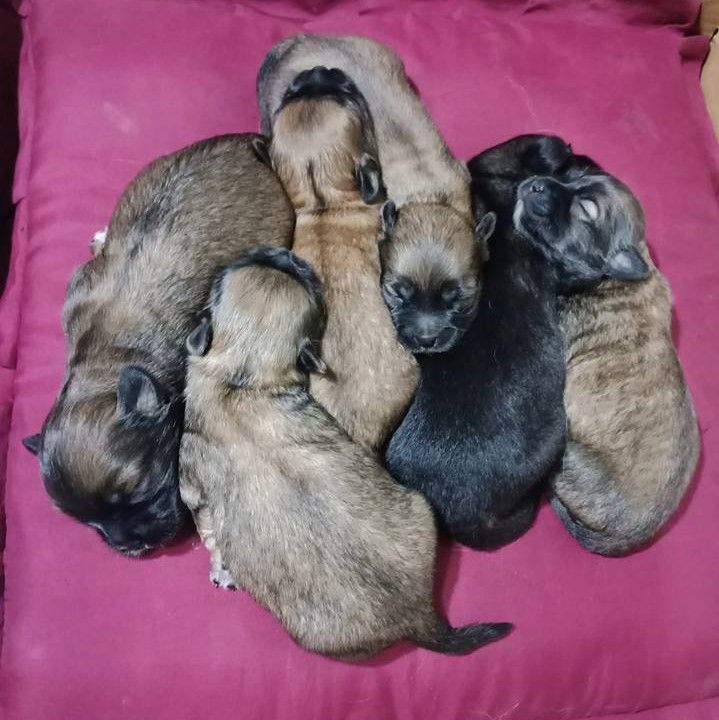 Do you have a dog? Post a pic on the comments below. I’d love to meet them virtually

During the Middle Ages, Great Danes and Mastiffs were sometimes suited with armor and spiked collars to enter a battle or to defend supply caravans.

I've never tried growing a dog myself (I was so busy with studies, and now with work) And once I'll get the chance, I'll make sure he'll be the most intelligent dog the world will ever know haha. That's the only thing that excites me -the thought of owning and training a dog someday :)

It's fun. It's like growing your own best friend, but the training really takes a lot of patience and discipline especially for large breeds.