What's Next for Digibyte? 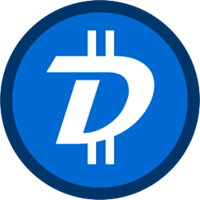 What's Next for Digibyte?

We haven't heard much publically from Digibyte since the Citibank demo day winner was announced a few weeks ago and it unfortunately was not them (However, they are still up for a few awards which should be announced in July). One of the reasons we may not have heard from them lately is because they have a policy about not releasing too much information too far in advance. This is so speculators of the cryptocurrency market have a harder time buying on the rumors and selling on the news... which plagues this industry too much. Just ask Swarm City Token holders...

On Digibyte's website, they recently have added an AI named Emma to help with some of those general questions people love to ask. When asking about their future roadmap, she gives the following as all items coming in the future:

They may not have a roadmap of the immediate future to speculate on but they certainly have an imagination and a busy next few years.

I hope it goes up. I've got too much DGB that I bought at a bad price. I've been doubling down when I have seen the price drop so much.

They certainly do things differently.... one can look at that as good or bad.

after reading this, i decided to hold firmly on my DGB.

Nice article. Interesting to see I'm not the only one that is thinking about this. The popularity of the cryptos is currently determined by the biggest group of uneducated investors in man kind. It's an interesting world we live in. An interesting website I found: https://www.coincheckup.com Every single coin can be analysed here based on: the team, the product, advisors, community, the business and the business model and much more. See: https://www.coincheckup.com/coins/Decred#analysis For a complete Decred Investment research.