It’s all about your genetics and diet, folks! Local researchers may have finally found the reason for the growing diabetes rate in Singapore.

While it is common knowledge that diabetes is caused by, for example, eating an unhealthy amount of simple carbohydrates (i.e. rice and white bread) researchers have discovered another breakthrough reason for the condition: your genetics.

The study, which was based on 140 participants (mostly Chinese) suggests Asians, when compared to their Western counterparts, are more prone to developing diabetes as their bodies are less capable of producing insulin.

As a result, sugar may build up in the bloodstream and this in turn can cause a series of other health concerns, such as fatigue or infections from wounds that did not heal well. 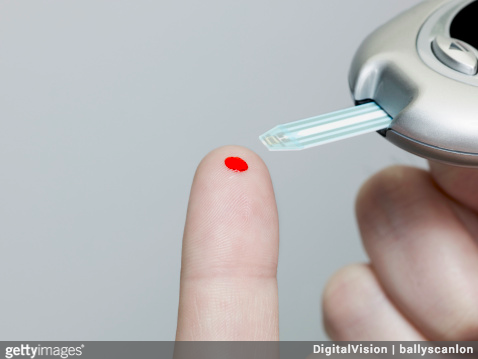 According to Dr Toh Sue-Anne, the study’s principal investigator, that even though the sample size of the study was small, “the results were significant enough… to clearly identify the biological characteristics that may predispose Singaporeans to developing diabetes”.

She added that the study could also help “define what makes Asian diabetics different from Caucasians”.

Furthermore, Dr Toh offered that as “Asians develop diabetes at much lower levels of obesity because they are unable to mount an appropriate insulin response to a glucose load”, most can become diabetic without being obese or overweight.

Hence, while weight gain is commonly associated with diabetes – this is due to an individual becoming more resistant to insulin as they grow heavier – researchers are now clued in on the fact that for Asians, an added diabetes cause lies in our inability to produce insulin in response to a glucose overload, rather than insulin resistance. This means for us, it is not purely weight gain that results in said condition, but rather our genetics – something that we cannot control.

How are the studies conducted?

The ongoing 5-year study (launched in 2016), called Assessing Progression to Type 2 Diabetes, or APT-2D for short, is led by the National University Hospital (NUH) in partnership with Janssen Pharmaceuticals.

The study assessed two groups of participants – one group had pre diabetes (their blood sugar level is approaching diabetic range) and the other was healthy. The researchers then went on to measure the differences said groups had in insulin resistance and insulin secretion.

In a separate study, it was also discovered that 8 per cent of Chinese participants with a Body Mass Index (BMI) of 23 (this means they’re just outside the healthy range) have diabetes, four times more than those of European descent.

The reason for this? Caucasians generally have less body fat and therefore, a BMI of 23 is considered normal for them.

Diabetes: A trending topic of late

The severity of diabetes in Singapore was not always a hot button topic. It was only recently, in his 2017 National Day Rally speech, that Prime Minister Lee Hsien Loong brought up the urgency of the issue.

According to PM Lee, diabetes is growing rapidly and Singapore is only second in line behind the US in being the country with the highest number of diabetic citizens. Currently, there are 400,000 Singaporeans with diabetes and in general, one in three will eventually develop diabetes in their lifetime.

And should the country not reform its lifestyle and diet, these numbers will grow rapidly, with experts estimating that by 2030, 670,000 Singaporeans would have diabetes; by 2050, it would be one million.

As such, many have debated on the right way to approach what PM Lee calls “a health crisis”. While the obvious route is to simply change the way we live – this includes eating clean and exercising more – others have suggested a more costly (and some say, draconian) alternative: a sugar tax. Though controversial, some such as the World Health Organization (WHO) has long advocated that instances of a sugar tax implementation have decreased global obesity and diabetes rates, while others, such as Denmark has, alternatively, had little luck with their version of a food tax.

After implementing a “fat tax”, the government found the tax did little to alleviate the obesity situation as many Danes simply went across the border (this would be our equivalent of Singaporeans heading over to Malaysia) to buy their foods of choice.

However, regardless of methodology, these numbers have alarmed many Singaporeans and paved the way for crucial studies such as the APT-2D.

While the various studies conducted have resulted in breakthrough findings, the current sample size lacks diversity.

The researchers are therefore, on the lookout for Malay and Indian volunteers. This way, the findings can be solidified and applied to the rest of Singapore.

Furthermore, once confirmed, said findings would be able to help researchers decide on whether therapies that stimulate insulin secretion can effectively bring the diabetes numbers down in the local population.

However, do take note of the research criteria as well:

Knowing that beta cells dysfunction lies at the heart of the T2D epidemic, it would make sense to promote a lifestyle that is carbs lite, fats friendly and insulin lowering...