If there's one thing I love about 3D printing, it's the focus on open-source.
and today I've decided to combine that with my desire to create a tribute to @happyme's zombie survival game here on Steemit :) 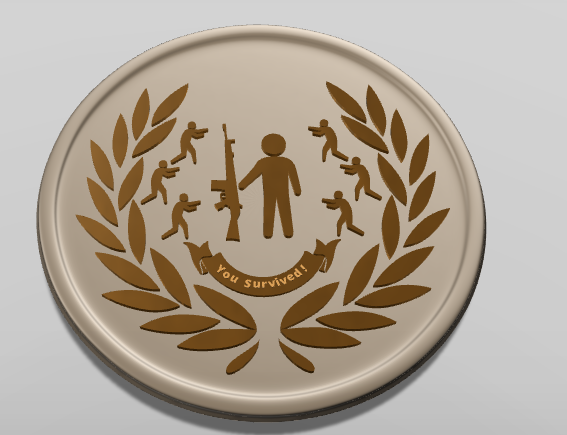 On the tutorial part, today I'll show you how to use Vectary's Noun Project plugin, which creates 3D models from a large collection of 2D icons (all of which are released under a Creative Commons or Public domain mark)

First, we launch a Vectary workspace, and create ourselves a basic shape.
I choose a cylinder, to make my tribute token :) We can then apply a couple of manipulations (mainly using the Mesh Tools to divide the faces, applying the Rounding effect to the model, and cutting off the bottom and refusing it, so it's entirely flat. I'll provide a more in-depth tutorial on some of these steps in the future) to make it "pretty" 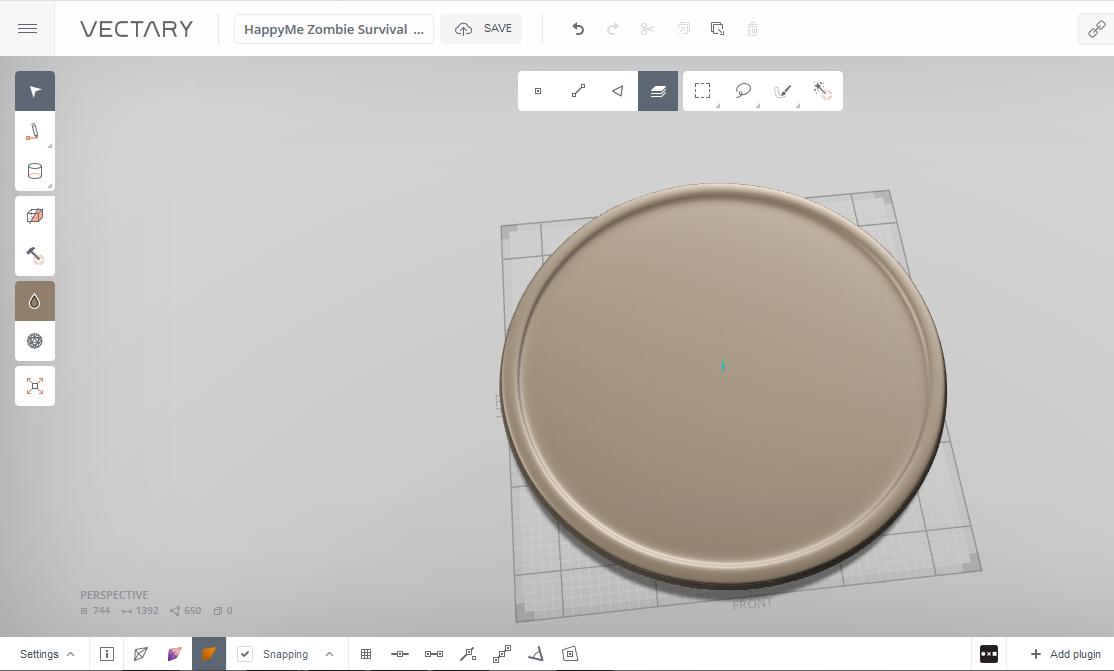 Now to place an icon.
To do that we open the Plugin menu at the bottom right

Go ahead and find the Noun Project plugin: 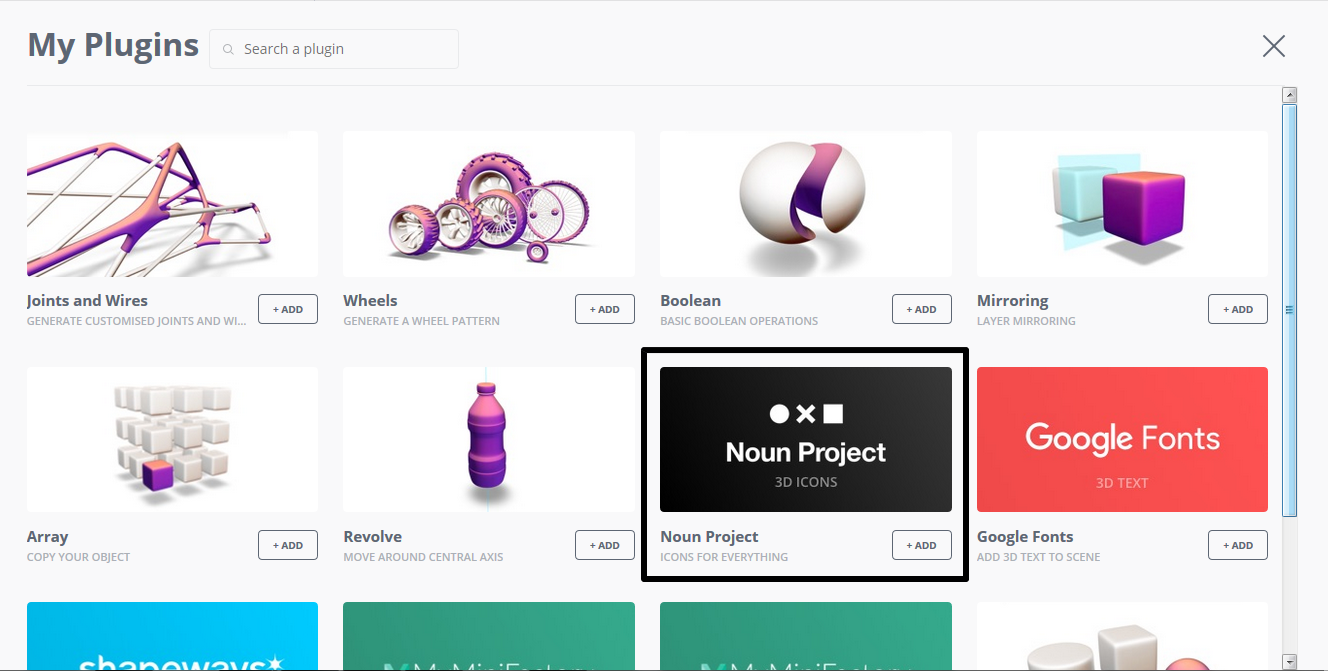 Now you can search for any logo you want. just double click on a resulting logo to insert it's 3D version into the work-space !

Finally, after choosing a couple of other models, and placing them into the token at some interesting positions, I found myself needing a mirrored version of one of the icons.

That can be acquired by inserting the icon and using the Mirror Plugin on the layer containing it, here's an example: 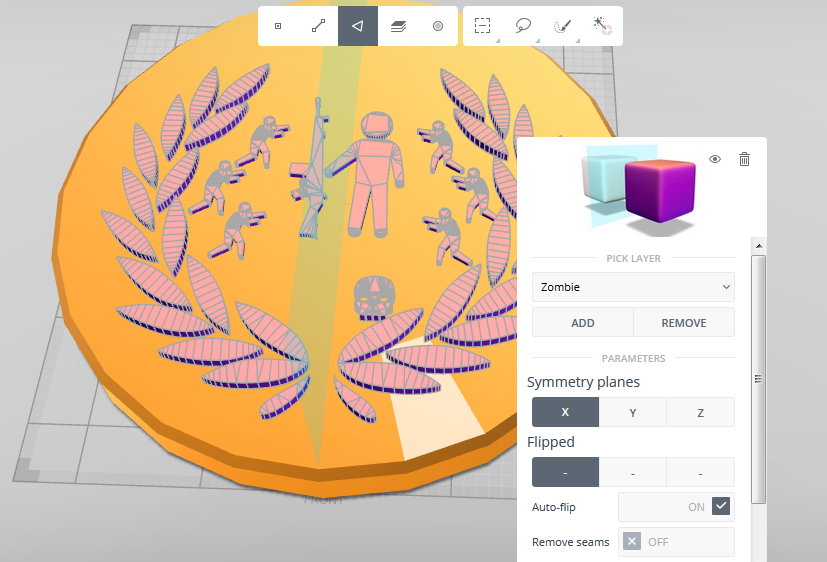 After baking (confirming and then creating a new layer with the mirrored model parts) the layer, and inserting some text, we get the final product ! 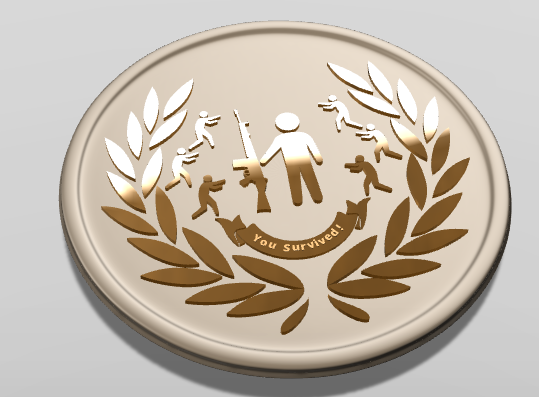 Here's a link to view the private project on Vectary.

Vectary seems to be having some technical difficulties. I can't save the project properly, so I'll add the actual project's link later, if the entire thing doesn't crash and burn with my model unsaved inside XS. In any case I've uploaded the STL to MyMiniFactory.

And here it is on MyMiniFactory.

Here's the proper attributions for the 2D icon's I used in my project:

I swear I did not realize that was a child combatant icon before I searched for attributions... Otherwise I would not have surrounded a poor Kalashnikov-wielding kid with an army of zombies in my model XS

I hope you liked my model !
Do come join us in @happyme's Zombie Survival Adventure next time it opens up !

Did you print the coin already? My expirence is that small details on a coin are better when you subtract them from the coin.

Not yet. I'm on the middle of moving so don't gave the time 😕

Hmm. I'll keep that in mind for future models, thanks ☺

Congratulations! This post has been upvoted by SteemMakers. We are a community based project that aims to support makers and DIYers on the blockchain in every way possible. Find out more about us on our website: www.steemmakers.com.

If you like our work, please consider upvoting this comment to support the growth of our community. Thank you.

While I appreciate the intention, I'll apply the same logic I do IRL to unsolicited propositions:

Ha ha!!! The up-vote was even lower than Cheetah's up-vote! Useless! Just an excuse to self-promote.